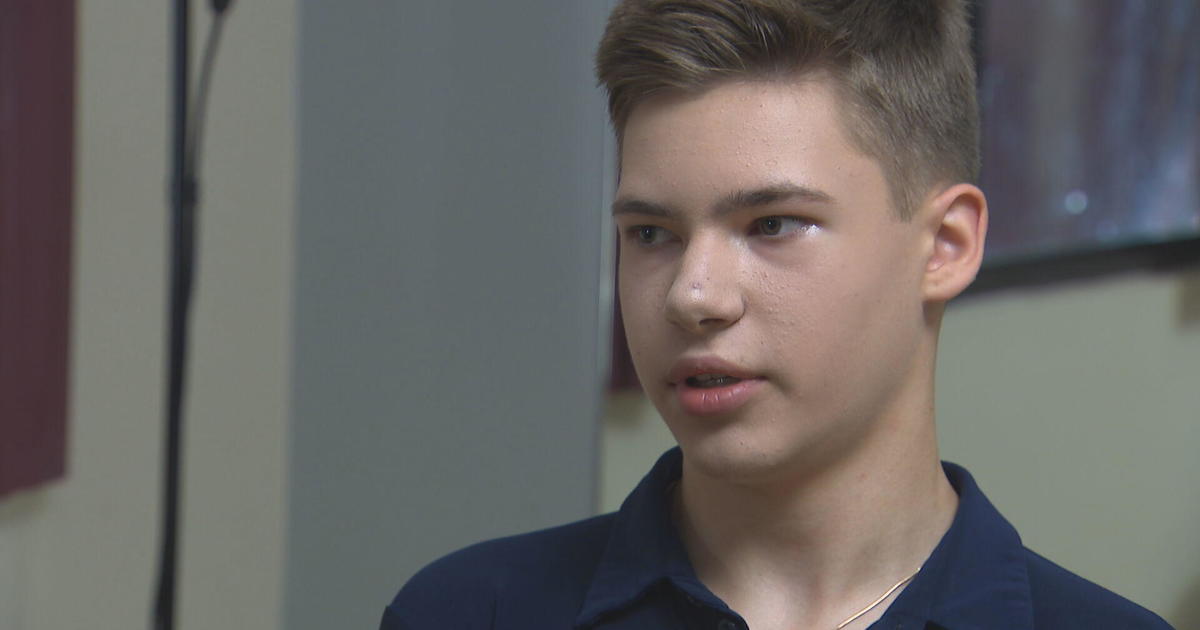 After Fleeing Ukraine, 14-Year-Old Adjusts to American Life Thanks to Newton Dance Studio

NEWTON – One step at a time, Andrii Balkovyi is building a new life in America.

“I know I have to stay here. I can’t go back to Ukraine. I can’t,” Balkovyi said. “A lot of people are dying every day. Young boys like me and my friends.”

Like thousands of others fleeing the conflict, he, his mother and his sister made the arduous journey to Poland.

“Five days sitting in a car with no toilet, no food,” Balkovyi said. “I heard a lot of rocket fire, so it’s terrible.”

Her older sister, Rita Riley, bought them plane tickets from Poland to Boston, the city she has lived in for eight years.

“I couldn’t fathom it was really happening,” Riley said.

Andrii is grateful to be safe in America, but misses the life he left behind, spending time with friends and family, playing the piano and ballroom dancing. In a flash, the war tore everything away.

“I cried a lot because I had a very good life. I have plans for my future.”

Now the 14-year-old is trying to reorganize the pieces of his old life into a new one, starting with dancing.

“Me and my wife, we want to help Ukrainians who are suffering from such a big tragedy. What do you know, three weeks later we get a phone call, there is a boy who needs help,” he said. said Basil Basil Issaev, the owner of Balera. Ballroom dance studio in Newton.

Issaev left Russia for America when he was a teenager to dance professionally. He opened a dance studio with his partner and his wife about ten years ago. They are now giving Andrii free lessons and helping him adapt to life in a new country.

“I think with everything else that has changed, the fact that he can still dance, the competition is hugely important and keeps it going,” Issaev said.

There’s another dancer in the studio who’s been looking for a partner for over a year. When Andrii arrived they were an instant match, and now they compete together across the country.

“I dance and it makes me a little happier,” Balkovyi said.

But much of this new life remains uncertain. Right now, the whole family lives in Rita’s studio apartment in Boston and relies on her income, which is especially difficult because she’s a single mom.

“They can’t work legally, and I’m supporting them,” Riley said.

Andrii, his mother and his sister are in the United States on a visitor’s visa. They seek asylum, but it’s a waiting game.

“In the meantime, they need help in any way they can,” Riley said.

Even with so much up in the air, Andrii continues to put one foot in front of the other with determination and hope.

“Where I will be in the future makes me happy, because in this country I will have a good future,” Balkovyi said.

A GoFundMe has been set up to help the family.

Anna Meiler is a general reporter for WBZ-TV’s morning and midday newscasts.

Qwynn will release his new single “Only One” on Friday