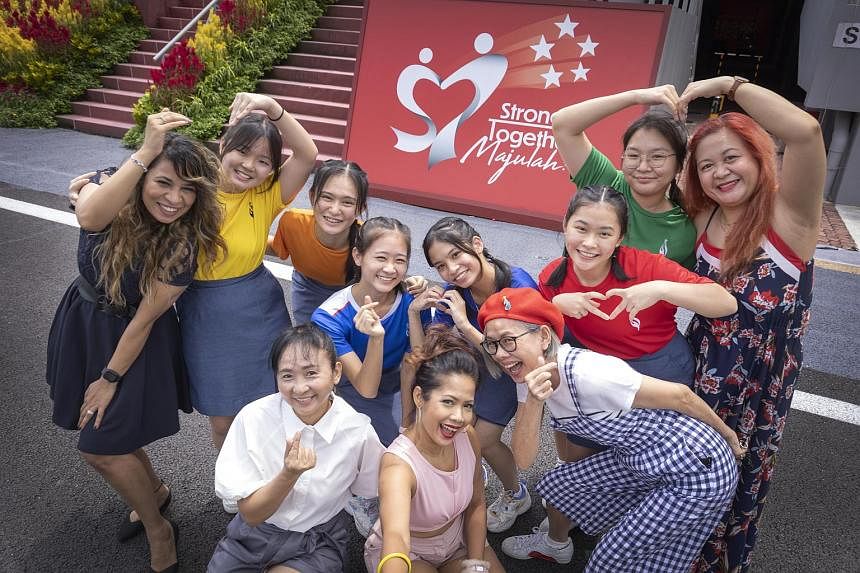 SINGAPORE — As a group of teenagers were filming a video of themselves dancing to a song by K-pop group Blackpink, they were interrupted by six middle-aged women, who challenged them to dance.

This unexpected turn of events, featured in this year’s National Day Parade (NDP) short film, tickled the crowd during rehearsals over the past few Saturdays – a reaction that surprised the dancers themselves.

The crowd cheered and laughed as the group of 12 ended up dancing together to the hit song Boombayah.

Speaking to The Straits Times on Monday July 25, the women said they were honored to be featured in this year’s NDP after two years of smaller-scale celebrations due to the pandemic.

Ms. Lim, a dancer, said, “None of us expected to receive such an enthusiastic reaction from the audience. They were really excited and so were we.”

For 16-year-old Sandra Ann Tham, dancing was more than just a fun video.

Sandra, a student at Yishun Innova Junior College and a member of the school’s dance club, said, “It shows that different people of different ages can come together and bridge the generation gap and bond through dance – this which excites us all.”

The group told ST that they spent more than 18 hours practicing the moves and filming the dance, and enjoyed every minute.

Ms NorAini Wahit, 53, a dance and fitness instructor, said she was happy to be part of an NPD segment to show that anyone can get active and get involved in a sport like dance.

She said, “K-pop songs and dances have always been associated with young people. But that doesn’t mean older people can’t move too.

“I hope people will watch the video and know that they can enjoy dancing like we do. After all, age is just a number.”