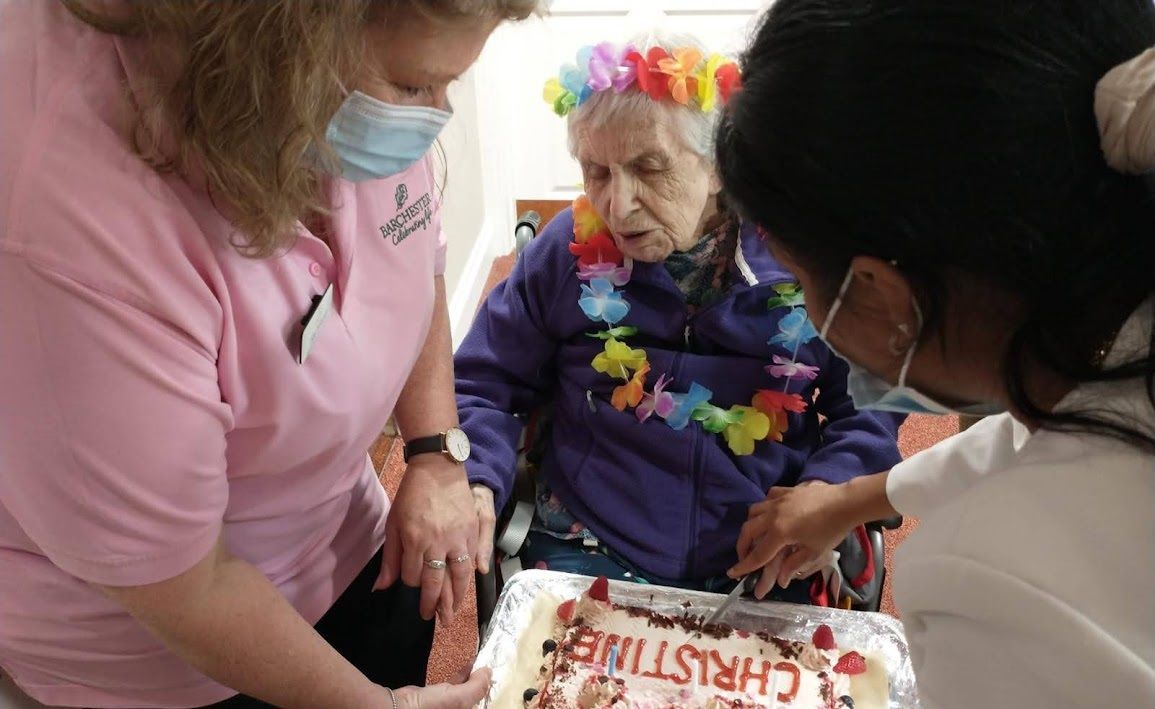 Celebrations were in full swing at Drayton’s Glebefields Care Home in Banbury, Oxfordshire, as one of its residents turned 102.

Christine Brookes was born on June 29, 1920 in Bridgewater, Somerset. The family moved to Swindon when she was just two years old. From an early age, Christine showed talent in many areas, she learned to play the piano as a child, and later also played the organ in her local church.

Christine is a wonderful woman, loved by all in Glebefields. As she met her family at her birthday celebrations, they took time to reflect on her amazing life and reminisce about her accomplishments.

During World War II she served with the National Fire Service in Swindon. She met her husband Reg, a recently discharged soldier at a ball just after the war and they moved to North Wales.

The marriage produced five children. Sadly Reg died in 1962. Christine later remarried and with her new husband Les, became a ballroom dancing teacher and competed in ballroom dancing competitions across the UK and Europe, becoming the British amateur champions two years in a row.

Now, in her final years, Christine is registered blind and living the next chapter of her life at Glebefields, no longer wearing her dancing sequins but she can still light up the room with her smile.

Nisha Shaji, Chief Executive of Barchester Glebefields Care Home, added: “We are delighted to celebrate a truly remarkable woman as she reaches this incredible milestone. Christine is such a popular resident that we were impressed to learn that she was also a movie star.

“We’ll definitely be searching the internet to find the movie she and Les were in so we can all enjoy her first performance.”

Get all the latest news, updates, things to do and more at Oxfordthe county is dedicated InYourArea Feed