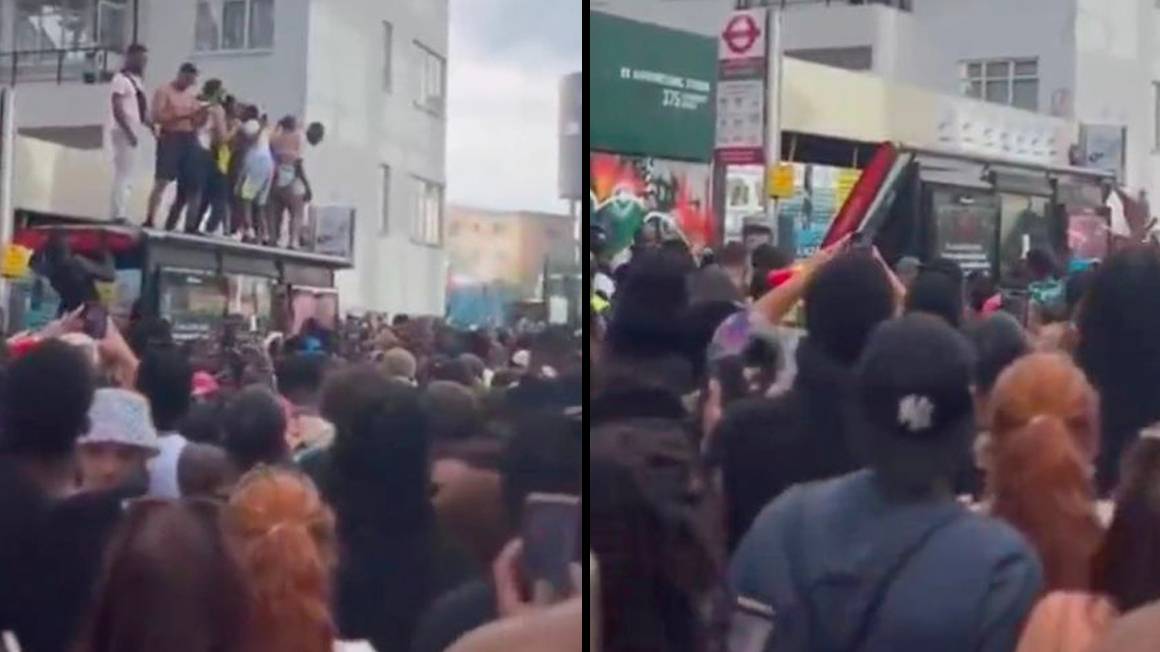 Shocking footage emerged this morning of a bus stop collapsing under the feet of Notting Hill Carnival dancers. See how it went down below:

Over the weekend, thousands of people took to the streets of west London to celebrate the festival, which was held for the first time in three years after the pandemic.

But things got worse when a large group climbed onto a bus shelter and started dancing.

In footage shared on social media, people can be seen standing on the cover as hundreds of revelers line the street below them.

A few seconds later, however, and the roof of the shelter disappears, the group of dancers collapsing to the ground.

In a statement, the Metropolitan Police confirmed that two people were injured as a result of the incident.

He said: “We are aware of video showing a collapsing bus shelter in the Ladbroke Grove area.

“Officers responded. Two people were slightly injured. They did not require further treatment.”

London Mayor Sadiq Khan hailed the return of carnival and urged people to try to make it a celebration to remember.

He said: “I am delighted that the Notting Hill Carnival returns to the streets of west London this weekend.

“This community celebration of Caribbean history and culture has grown into one of the largest street festivals in the world and is part of the very fabric of this city.

“I urge anyone planning to attend Carnival to arrive early to make the most of this wonderful celebration of our capital’s diversity.”

Yesterday (August 28) started with a run to commemorate the 72 people who lost their lives in the Grenfell Tower fire in 2017.

Khan said neither he nor the community would ever forget what happened that night and demanded “justice”.

“What the community wants are two main things,” he said.

“One is that justice is done and those responsible are held accountable and it still hasn’t happened. And second that it never happens again.”

Police were called to a number of incidents over the weekend, with reports of sexual assault, drug offenses and theft.

The Met has also launched an investigation after a police horse on duty collapsed and died around 9.00pm yesterday.

Gold Jacket Spotlight: Lynn Swann had a ‘flair for showmanship’