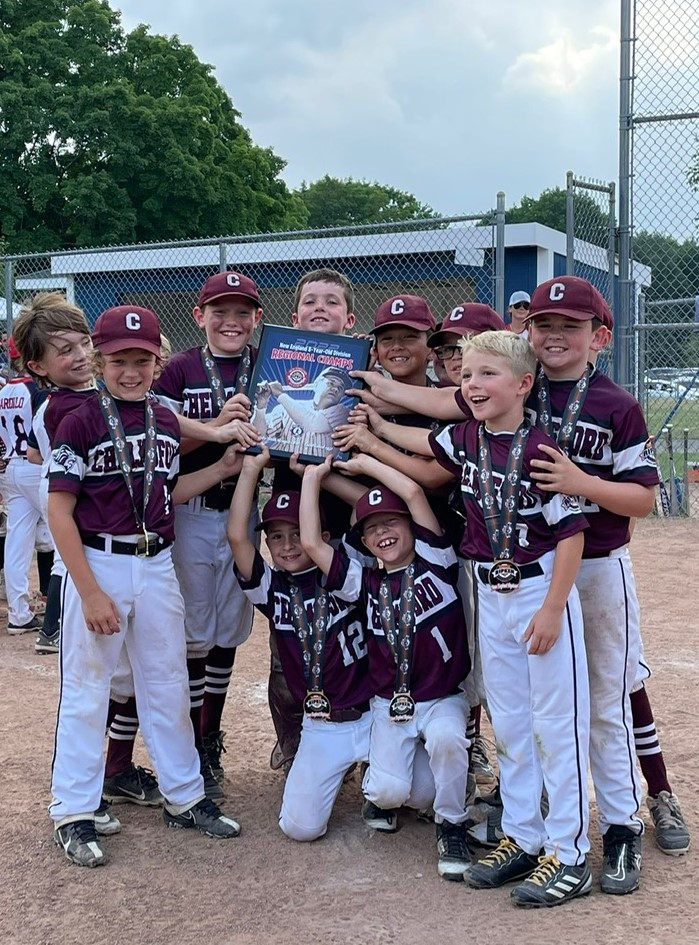 The Lions have done it again.

Eight-year-old Cal Ripken of Chelmsford has earned its ticket to the World Series after capturing the New England regional title last week in Newtown, Connecticut. Next up for the talented team is a trip to the Garden State to compete in the 8U World Series in Cherry Hill, New Jersey, August 14-23.

This is the second year in a row that Chelmsford 8U have gone to the big dance.

“The kids played brilliantly, it’s brilliant,” said Chelmsford coach Adam McCusker. “The 8U team last summer did it, my guys saw them do it, so doing it two years in a row is awesome.”

After going 2-1 in pool play, the second-seeded Lions advanced to the knockout bracket. They swept the next three games, culminating in a decisive 7-3 win over New Cannan, Connecticut in the Finals on July 28.

Rowan Ingles started the attack by throwing three hits, while Chelmsford methodically eliminated his opponent. The all-star team played short ball, scoring at least one run in each set, with input from the whole team.

“We missed a run on an error and some big hits,” said McCusker, whose team lost to New Cannan in a pool game a few days earlier, McCusker said. “I think the most runs we scored in one set was two in the second.”

New Cannan charged the bases at one point, but Ingles killed the potential rally with a saving catch in shallow center field to end the threat.

“We stopped them from running there,” McCusker said. “It was big.”

Chelmsford opened the tournament with a thrilling win from behind over Freetown/Lakeville 12-10 on 26 July.

Trailing 10-2, Moran and Howarth sparked a five-run rally in the third with back-to-back singles that marked the rise. The Lions added three more runs in the fourth to tie the game, before scoring two in the fifth to complete the comeback.

The Lions reached the semifinals by defeating local favorite Stamford, Connecticut 11-8 on July 27.

The team was strengthened by the uninterrupted bustle of Mike Bettencourt, Ryan Rosetti, Wyatt Poisson and Billy Marcotte. Cam Bishop, Colton Blasioli and Brent Ready give the team great depth.

“This is the first year we’ve played together,” McCusker said. “And that’s the first year that they’ve really played organized competitive baseball. It’s fun to watch them improve throughout the season.

As they prepare to hit the road to New Jersey, the Lions are making great strides.

“These kids are so excited,” McCusker said, noting the team will be honored by local selectors ahead of their ride next week. “You watch them play, and they have the Big League Chew and the Sunflower Seeds, but they’re all good baseball players. They adore him. They have fun together. It’s the great thing when you get them to develop a love of the game first, and you go with their skills after.

“They are very focused for a group of 8-year-olds,” he added. “It’s their thing, they know all the major league players, and you love listening to them talk about baseball.”

The coach is already scouting the opposition with teams from New Jersey and Pennsylvania appearing to be heavy favorites.

“They’ll have some really good teams there,” McCusker said. “There are also different rules that kids are going to have to get used to, but we’re looking forward to it.”