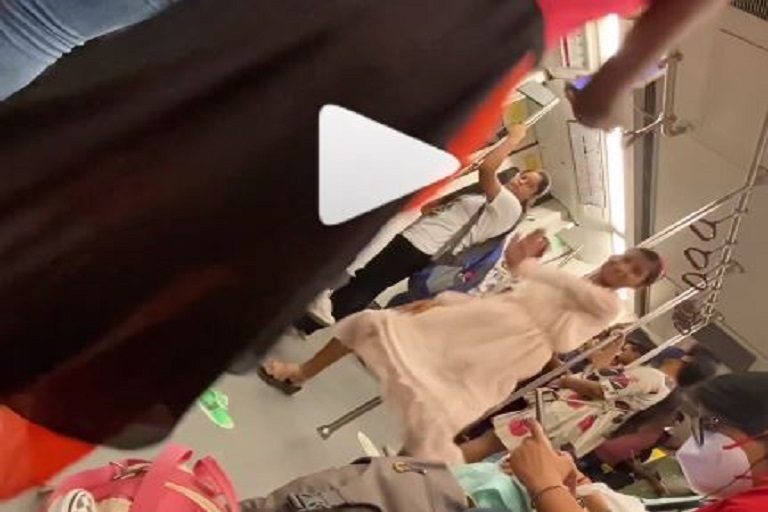 Subways are a place where sometimes travelers have fun with other eccentric passengers. In the age of social media reels, teens and youngsters can go all out to save their next viral social media video.

In Delhi too, over the years, the metro has become the go-to mode of transport for many people, especially the youngsters of the capital. Thus, overcoming the boring routine with a dance or a song became acceptable.

A recently shared video went viral on social media showing a girl in a pink dress dancing while her friend recorded it. It was after an Instagram user named Thinlay.bhutia shared the video with a caption “Confidence ho toh aisa” that the post went viral with tens of thousands of likes.

The post saw hilarious comments and many users loving the girl’s dance. The very young girl was dancing on the pole to Shahrukh’s popular song “Chamak Challo”.

Earlier, a similar video of a girl dancing inside a Hyderabad metro train went viral on social media.