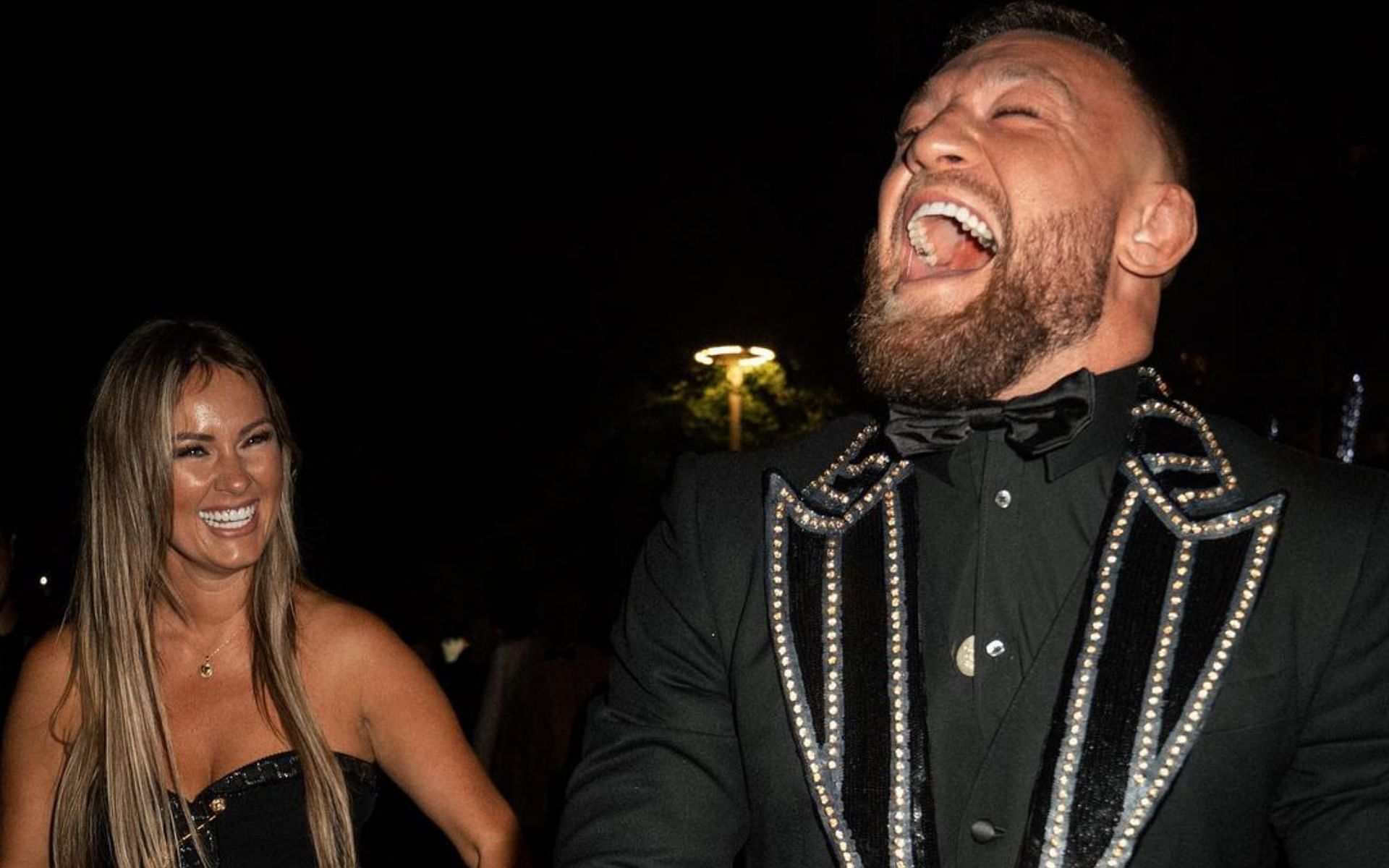 Conor McGregor recently shared an image of him copying an iconic Elvis Presley dance move at the film’s premiere Elvis.

McGregor’s wife Dee Devlin can be seen cheering on the Irishman as he performed the famous move. The ‘The Notorious’ megastar took to social media to post images of the couple at the event. He also wrote a heartfelt message dedicated to his wife for her support since the start of his career.

“Greatest of all time Mammy and Daddy ❤️ at the @elvis movie premiere in Cannes. What an honor! Swipe to see me attempt a classic Elvis move after the movie, and my beautiful and most elegant lady, my #1 supporter since day 1, screaming like the Elvis fans in the movie! Wow! What a great movie about a great man and a great team and a story! Thank you and God bless Elvis Presley and all his family and team ❤️ it’s a must!”

McGregor then suggested there should be a Hollywood movie about him at some point. He promised to take his wife and the mother of his children Devlin with him to the red carpet if the movie ever happens.

McGregor’s career has been nothing short of iconic. He became the biggest star the sport of mixed martial arts has ever seen, largely due to his outspoken personality, but also due to his undeniable talent of fighting skills.

Conor McGregor could make a comeback later this year

McGregor is expected to return to the UFC octagon later this year. The Irishman is recovering from the injury he sustained at UFC 264 in his trilogy fight against Dustin Poirier. The former champion-champion fractured his leg and has been out of action ever since.

However, he has since undergone rehabilitation and looks set to make a return to action later this year. McGregor has been posting footage of his training on social media for some time, teasing a comeback.

Read also
The article continues below

An opponent in his comeback bout has yet to be decided. While a quadrilogy matchup against Dustin Poirier is an option, Charles Oliveira and Nate Diaz could also be next for Conor McGregor.