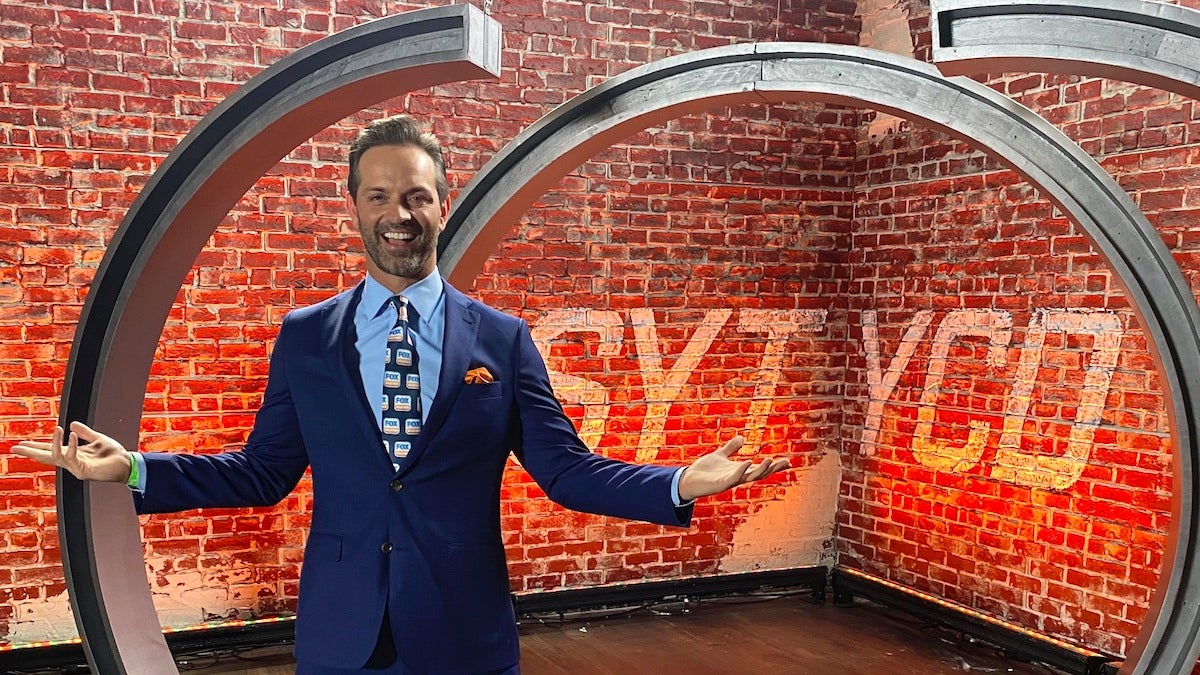 ‘Dancing Weatherman’ on ‘So You Think You Can Dance’ (Video)

When Fox Weather’s Nick Kosir started dancing on social media in 2019, he never imagined he’d find his way to one of his favorite shows, “So You Think You Can Dance.”

Ahead of his guest segment on Wednesday’s episode, in which he takes on Season 16 Champion Bailey Muñoz and All-Star Comfort, Kosir chatted with TheWrap about how he got started as a dancer, how he used his social media platform for raising money for worthy causes and his favorite winner “So You Think Can Dance”.

TheWrap: You started dancing because you had to do 12 social posts a day for your job, right?

Kosir: Yeah, that was when I worked for the Fox affiliate in Charlotte [North Carolina] in 2019. Our bosses told us we had to post 12 times a day on social media, and as you can imagine, after about a week I had nothing left to post. I had never danced professionally or even really amateur in my life, but I saw these guys doing this dance on my Instagram feed, and I couldn’t stop watching it. And I thought, “I think maybe I could do that.” So I recorded the video of me doing this dance, and I didn’t give it much thought, I uploaded it, I went home, I took a nap. And ever since I woke up from that nap, nothing has been the same.

And now you have 2 million followers on Instagram! Where do you get your dance ideas?

It kind of evolved over the years. When I started in 2019, before TikTok was really a thing, it was just cool stuff I saw on Instagram. And now that TikTok has exploded in popularity, I’m getting some insights from that as well. So it’s kind of a mix of the two. In the end, I just try to do what I think is cool, or jump on a trend that I think is cool. I’m getting older, almost 40, so what I think is cool probably isn’t anymore. But I do my best to follow the children.

How much time do you spend practicing each dance?

I’m not a good freestyle dancer. So if you put me in the middle of a dance floor and played a song and said, “Okay, go ahead,” I’d sound like anybody else at a party of marriage. You know, I would just drop my arms and struggle to stay on the beat. So learning choreography is the only way to make people think I’m a good dancer. It takes me at least three or four days of training, maybe half an hour, before I feel like I can make a routine look nice and smooth. So it takes time. And generally, I practice in my garage with my dogs. They are very unimpressed with me. They’re just laying there and they seem very bored all the time.

When did you record the “SYTYCD” segment?

We did the segment in April. Everyone on set was so welcoming and accommodating. It was great. I was nervous to meet the All Stars. It’s funny, because they’re younger than me, but they’re big stars and I’ve watched them for years. You never know until you meet someone what the vibe and energy will be like, but early on. It was just an instant connection. The atmosphere was great. And, it was a quick shoot, maybe 10 or 20 minutes, but it was like 10 or 20 seconds because it was so much fun.

Do you have a favorite winner or All-Star from past seasons?

No disrespect to Comfort, but I have to say Bailey. Like, 30% of the reason I like Bailey is because I met her dad, and her dad is awesome. She’s a social media dancing superstar. So Bailey and her dad are my favorites. Their account on Tik Tok is amazing. It’s very clear to me where he gets his rhythm from, this Bailey.

Tell me how you recently danced with the Triplets Ghetto Kids in Uganda.

When I first saw one of their videos go mega-viral earlier this year, immediately I just said, “Man, I’d love to dance with them.” I posted a comment below the video and a day or two later I got a DM from them. And they invited me and one of my other friends on social media to come out and dance, and I was like, “Done.” If I could have made that happen, I would have been on a plane 10 minutes immediately after that. But it took a bit of planning, like any trip from one country to another, but we finally made it. And that was awesome, man. It was just one of those experiences that I will never forget.

All these children are part of a school and they have a long tradition, a long history of dance. Right now they are raising funds to build a bigger school. That was a big part of my reason for going there was to help them raise extra money through exposure.

Is that how all your dance collaborations go?

Yeah, either someone reaches out to me, or I see someone and I reach out and just say, “Hey, I’d love to dance.” And if they’re open to that, or if I’m open to that, then we make it happen from there. So yeah, that’s a fair amount of travel. I think my wife thinks I do this, just to avoid weekend chores. Which is only half true.