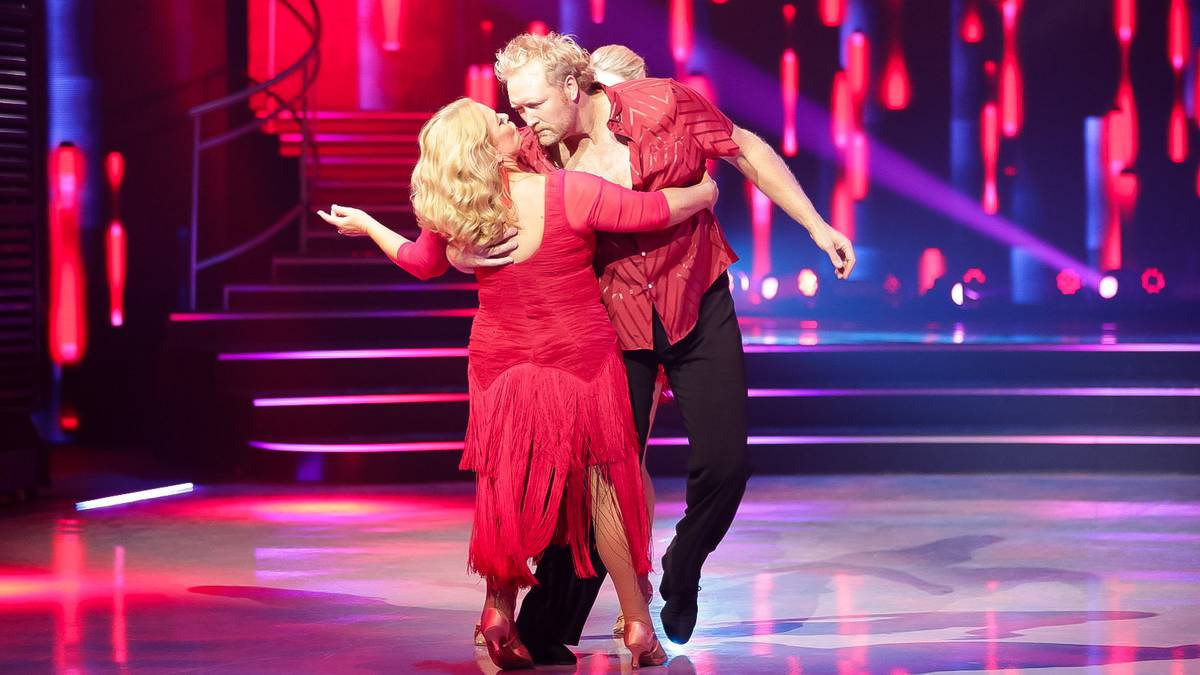 Dancing with the Stars NZ episode 2: A kiss, a spell and a millionaire goes home

Faster than a Brown Butterbean swing, we’re back for episode two of Dancing with the Stars New Zealand and already we’ve been hit with our first elimination.

“But it’s only the first week?!” I hear you cry. I know, the judges know it, and the heartbroken contestant who got the brutal “thank you, next” most certainly knew it. So here’s how the savagery of reality TV eliminations has gone down.

First, we had to get through our two remaining dancers, with presenter Brodie Kane and rower Eric Murray still not touching the ground.

Does it seem unfair that these celebrities have less time for the public to vote for their performances when everyone else was dancing last night? Of course it is! But that’s showbiz baby.

Murray and Loryn Reynolds were the first and we immediately saw a softer side to the rowing legend, speaking proudly of his son and revealing how he supports his autism and navigates it by being non-verbal. It was a beautiful moment and we supported him throughout.

Murray twisted and threw Reynolds onto the stage in a highly skilled routine – something we’ve come to expect from the dancing pro who won the last series with now-disgraced former Warriors star Manu Vatuvei. The judges loved it and we were on board.

The ultra-lovable Kane was our last performance of the first week and brought all the charm and humor we’ve come to expect from the presenter.

Kane and his dance partner Enrique Johns took the stage in sparkles, stars, mohawks and heaps of glitter. The performance was fun, full of energy and ended the week on a high.

In a first Dancing with the Stars, we then had themed relay-style dances, giving each couple a chance to dance again.

In the only team name I’ll ever choose in the future, Team Cha-Cha was the first to enter the plate, and it was Alex Vaz who won this writer’s most improved award. Maybe a few shirt buttons made all the difference? Kerre Woodham and Murray had a cheeky “kiss” and overall we loved it.

There were more scores, and it was getting confusing and despite the top comments, Vaz received the lowest score and we all knew he was wrong. There was a lot to digest here, mainly what spell did repeat reality TV offender Vaz put on me?

The Waltz team then hit the floor and Sonia Gray dumbfounded – girl, what’s your skincare routine? ! – and won my award for Best in Show. The group dance was smooth and perfectly charming, even with the ASOS bridesmaid dresses.

The move of the week went to Vaz and Brittany Coleman for their lift, so $100 say they’re going home. It’s a reality TV montage if I’ve ever seen one.

Then the time was right, the bottom two, as voted on by a combo of the public and voting judges were Gray and Vaz, but it was TVNZ presenter and Lotto legend Gray who went home. I was shocked, the audience was shocked, and it was more of a reality TV montage than I could have ever imagined. Is this network war at its best? Grey, call me.

Gray, who was dancing for ADHD New Zealand, was visibly emotional and Casey shared his feelings, while other contestants hugged the Lotto presenter and his family cried in the stands. Not Randell though, who didn’t get the feel of the room. “Come on warriors! shouted the excited host as the room around him crumbled.

Namibia dances on the podium – allAfrica.com