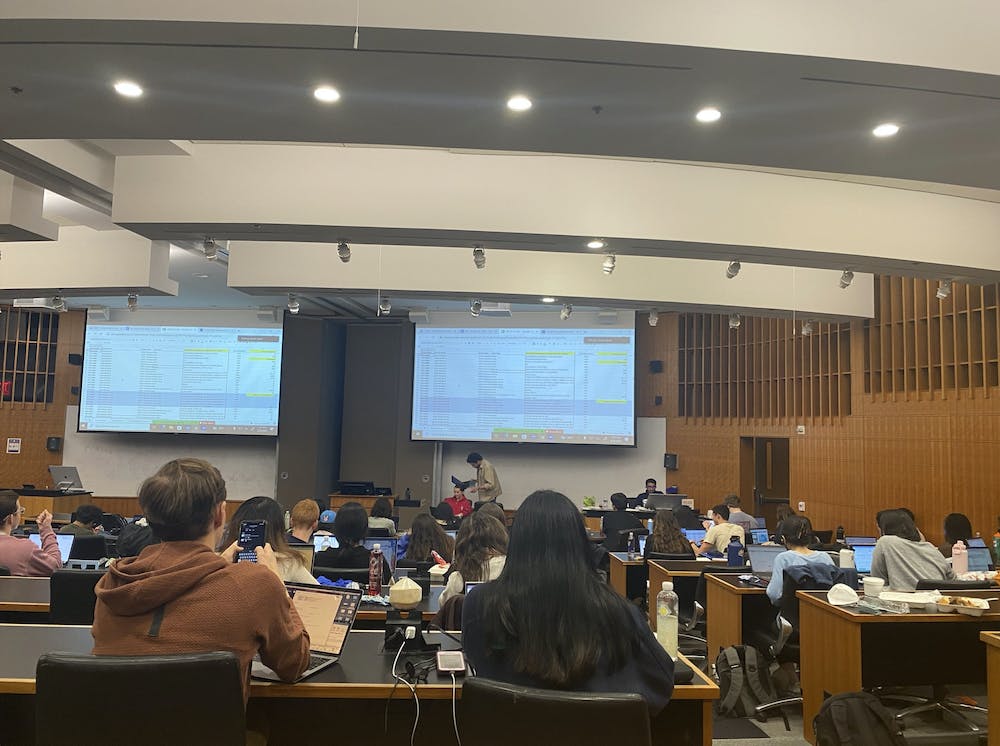 Duke’s student government conducted a second reading of the 2022-23 annual budget, cutting nearly $100,000 in funding from its first reading the previous week.

The annual budget is allocated once a year for positions “essential to a [group’s] presence on campus”, according to the SOFC website. Sophomore Bea De Oliveira, SOFC Vice President of Management and Communications, and junior Hadrian Gonzalez Castellanos, SOFC Executive Vice President, led the reading of the annual budget.

Prior to second reading, OCGC vice-presidents had already cut funding to $399,767.07, just $232.93 under the $400,000 budget cap. Senators were allowed to challenge any funding cuts made before the meeting, but they had to balance the budget by doing so.

Previously, DSG had the ability to divert remaining funds to the annual budget, but after the amount spent this year, this was no longer the case.

“In a normal year, we’ll spend over $600,000 on programming; this year, for example, we spent close to $800,000 on programming. So unfortunately we have no remaining funds to redirect to [the annual budget]“said Gonzalez Castellanos, noting that this trend could continue for the next few years unless there are big changes in campus life, such as changes in housing or the disappearance of clubs.

One of the issues discussed by the DSG was its own funding, particularly from the judiciary. Given the size of the judiciary relative to the legislation, senators cut funding for the judiciary by $250 and transferred the remaining funds to legislative discretion.

The senators also added $120 to fund an instrument needed by the Duke Chinese Ensemble.

DSG went on to explain what the funding looked like for competitive groups, especially for competitions that required qualifying rounds to participate.

“We’re trying to figure out when we’re open to creating a fund for competitive bands so they only apply to the fund when they register and attend conferences,” De Oliveira said. “Right now, because we don’t have that process in place, it’s just good faith to have [those] competitions take place.

However, some senators remained concerned about the funding available for competitive teams and determining which competitions would be considered “essential” to the existence of competitive organizations.

Freshman Senators Preston Nibley and Viktoria Wulff-Andersen, members of the Mock Trial and Model United Nations respectively, echoed concerns about funding structures for college competitions. Nibley pointed to the potential consequences of reduced funding for teams that must travel across the country to compete.

“We have had several cases over the past two years [when] there have been car accidents because we don’t have money to buy plane tickets, so we drive 8 hours at 3 a.m.,” Nibley said. “There have been teams from other universities – even in the last ten years – where students have died in car crashes due to lack of funding.”

Ultimately, the OCFC hopes to ease these remaining concerns by establishing a fund for competitive teams over the summer.

“Next year, when that time comes, [competitive teams] will have this competition pot, and we can fully fund [them] or [they] need to go to the competition,” said De Oliveira.

Get The Chronicle straight to your inbox

Audrey Wang is a Trinity freshman and reporter for the News Service.