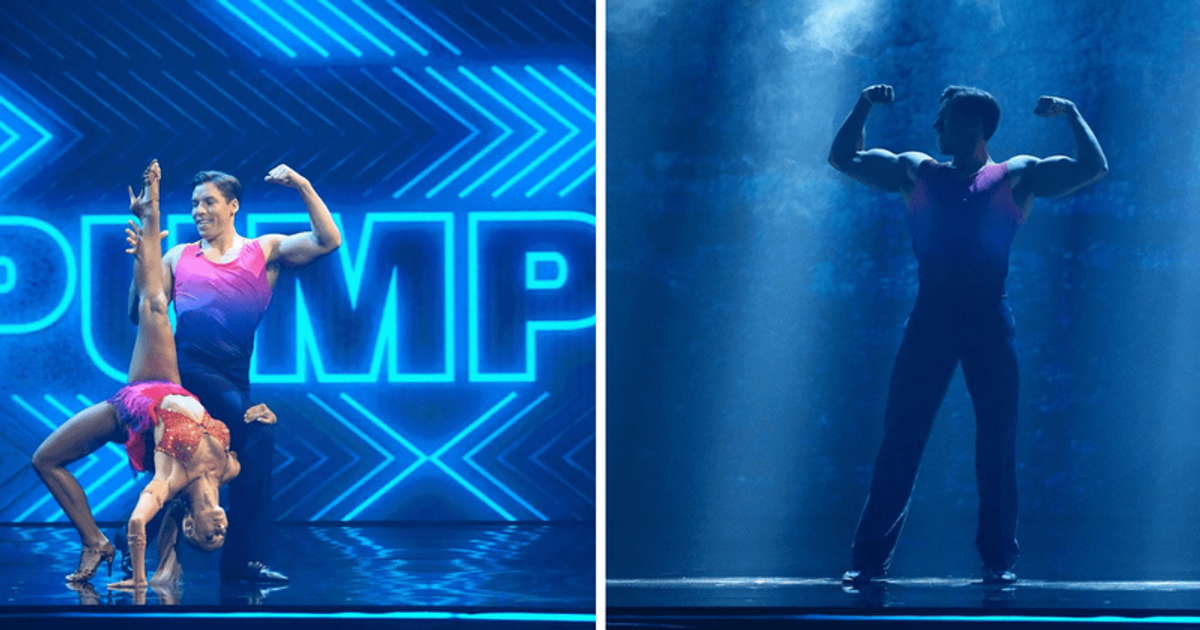 LOS ANGELES, CALIFORNIA: “Dancing with the Stars” returns for Season 31, including Arnold Schwarzenegger’s son, Joseph Baena, who got his chance to prove he can do more than pump iron. Fans who weren’t expecting much from the lesser-known dancer were blown away by his moves and the desire to see more of him in the future.

With “little or no” dance experience, Joseph Baena took to the stage. He kicked off a jive dance performance to The Black Eyed Peas’ “Pump It,” backed by dance pro and Season 30 champion Daniella Karagach. For the first few minutes of the competition, Baena leaned on her strength, taking a few positions her dad would have liked before getting into the dance. The performance was warmly received by the crowd, although the judges said there was clearly room for improvement.

‘Dancing with the Stars’ Season 31: Fans vouch for votes for Cheryl Ladd and Louis Van Amstel, say ’71 and still kill’

Judges Bruno Tonioli, Carrie Ann Inaba and Derek Hough each scored Joseph Baena a six, while Len Goodman gave him a five, for a total score of 23. Len pointed out that Joseph’s footwork was a little soft and supple, which no one would ever say about the actor’s arms. In terms of additional criticism, the judges generally said that Joseph needed to polish and improve his technique in order to receive a higher score next week. Carrie Ann Inaba praised Joseph Baena, saying his performance reminded him of season 30 winner Iman Shumpert. Iman also had a weaker performance to start the competition, but he used his athleticism to get better each week and ended up causing a huge upset by beating veteran dancer JoJo Siwa.

It is too early to say whether Joseph Baena will live up to expectations. His first dance score now ranks him eighth among the contestants on season 31 of “Dancing with the Stars.” He passed the first round of the competition, shocking people around the world. While appreciating her professional dance partner, Daniella, fans wrote, “Daniela gave Joseph a lot of content even though he clearly has no dance background. I loved his dancing even with all the mess he made. it was fun to watch #dwts.” Calling Joseph the “dark horse” of the competition, one fan wrote: “Joseph was my choice of dark horse, a potential diamond in the rough. Daniella’s inventive choreography combined with her personal discipline should hopefully result in some interesting story growth over the course of the season. #DWTS.” A few fans think Joseph needs to work on his moves to go further in the competition saying, “Joseph Baena did what he could. He could possibly be chiseled into a dancer though. He must learn to flow better. Be like the wind. #DWTS.” A fan wrote how they felt the score Joseph received was too low considering his performance, “These scores for Joseph and Daniella are too low! It was good technique (minus the feet) #DWTS.”

Daniela gave a lot of content to Joseph even though he clearly has no dance training. I loved his dancing even with all the mess 🤷‍♀️ he was fun to watch #dwts

Joseph was my choice of dark horse, a potential diamond in the rough. Daniella’s inventive choreography combined with her personal discipline should hopefully make for an interesting growth story over the course of the season. #DWTS pic.twitter.com/Ipmtl6I2Fs

Joseph Baena did what he could. He could possibly be chiseled into a dancer though. He needs to learn how to flow better. Be like the wind.#DWTS

These scores for Joseph & Daniella are too low! It was good technique (minus the feet) #DWTS

Next, fans are hoping to see a Muscle Man ballroom, “I want to see Joseph do a ballroom with these arms and hands. Great potential! #DWTS.” Even though Joseph blundered in his performance, some fans see potential in him, “Joseph…huh. He nailed the moves pretty well, but he almost went the opposite way of Daniella at times. There had some great times in there and he performed well in front of the public too! Interesting to see what else he has to offer. #dwts #DWTS31 #DancingWiththeStars. Fans now expect him is improving under professional dancer Daniella, “Joseph wasn’t terrible but he wasn’t great, if he stays Dani will make him better every week like she always does #dwts.” Calling Joseph “charismatic,” another “DWTS” viewer tweeted, “There’s no denying that Joseph is very charismatic. Lots of good stuff to work on if he stays. #DWTS.”

I want to see Joseph ball with those arms and those hands. Great potential! #DWTS

Joseph… huh. He hit the moves pretty well, but almost went the opposite direction of Daniella at times. There were some good moments in there and he played well in front of the public too! Interesting to see what else it has to offer. #dwts #DWTS31 #Dancing with the stars

joseph wasn’t horrible but he wasn’t great, if he stays dani will make him improve every week like she always does #dwts

Tune into Disney+ to watch Season 31 of “Dancing With The Stars.”

This article contains comments made on the Internet by individuals and organizations. MEAWW cannot independently confirm these and does not support any claims or opinions expressed online.