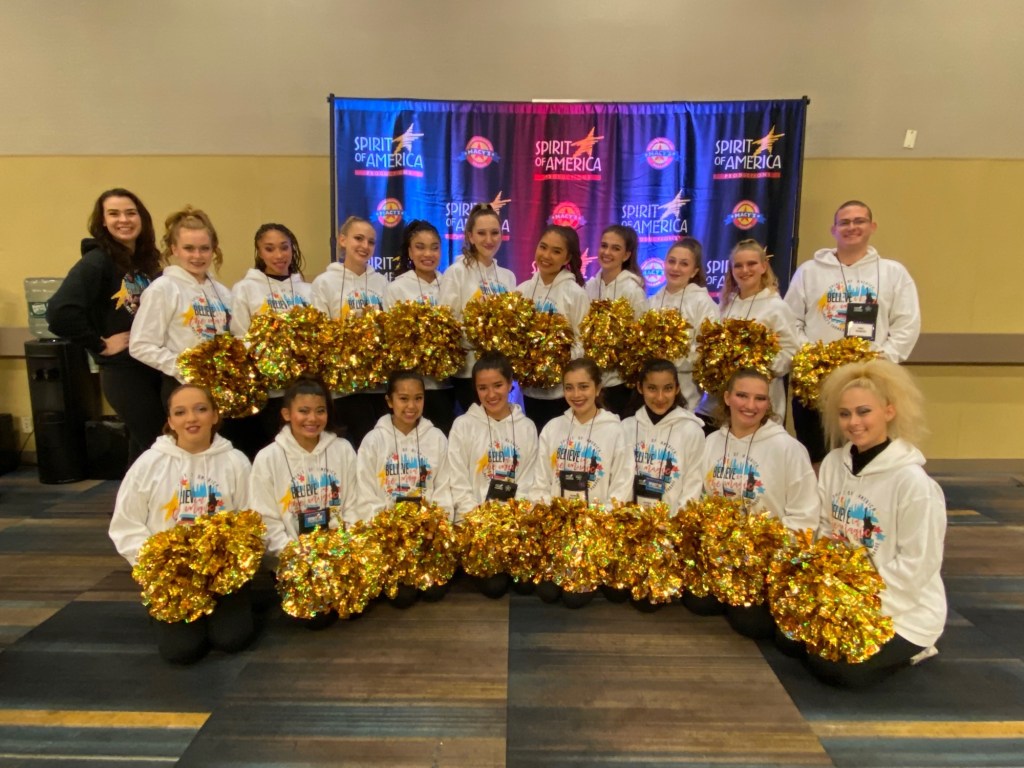 On Thursday, sixteen cheerleaders and dancers from El Modena High School in Orange will be shown in homes across the country, performing alongside hundreds of other teens as part of Spirit of America groups in the Thanksgiving Parade of Macy.

The cheer and dance groups bring together students and studio members from across the country, who learn a common choreography that they rehearse together in the days leading up to the big Thanksgiving Day show. Approximately 600 teens will be featured in each of the groups, Spirit of America Cheer and Spirit of America Dance Stars.

The entire El Modena High Cheer and Pom team (pom is the dance side) were invited to New York City, although the 50-plus members were unable to attend, said Deborah Najm, president of the booster of the team. The team were selected after coaches sent a video of one of the performances earlier this year, just as coronavirus restrictions relaxed enough to allow the team to resume training outside.

“I was hoping (Macy’s) saw the quality of their performance and thought they would bring in the performance that would be necessary” to take on an event of this magnitude, “said Najm.

The group left last week for the Big Apple and rehearsed in a large ballroom, “so we can accommodate everyone,” said freshman Jessica Mason. The performers received their choreography earlier this month to start working.

“We have to practice a lot,” Mason said a few days before the show. “But it feels good once everyone touches it, because… you feel like you’ve worked really hard and it all fell into place.”

Another ninth grader, Olivia Draffen, pointed out that the ‘spirited’ movements and hard work of the ElMo team to perfect performances was why parade officials may have chosen its members to feature in the show. the parade which is watched by millions of people.

“We always made sure to perfect the dances,” said Draffen. “I’m so glad all of our hard work has brought us to New York.”

For junior Sabrina McWhirter, team captain, performing in front of so many people is “intimidating, but very exciting”.

“The whole thing is a very surreal experience,” said McWhirter, whose sister, sophomore Savannah McWhirter, is also on the team.

For young McWhirter, the experience looks like a once-in-a-lifetime opportunity – an opportunity that is both “scary but also very exciting”.