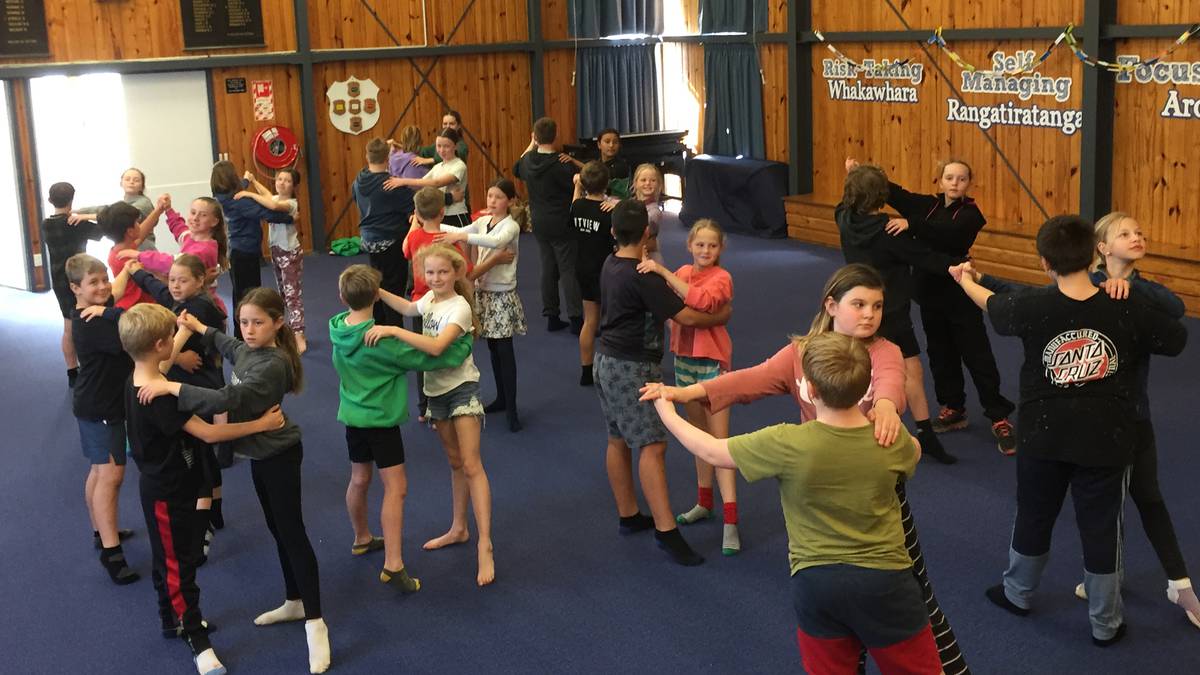 The Dancesport Inter-School Challenge will take place on Sunday, September 25, with Years 5, 6, 7 and 8 involved at nine schools.

Dance organizer and teacher Mark Glastonbury says he was approached by the Wanganui Dancesport Committee a few years ago. They had funds, he said. This opened the door for her to approach schools with the promise of free dance lessons for students. He says the kids love it. He had no trouble making the students enjoy the lessons – he can tell by the smiling faces.

“In 2020 we tried that and missed a day. We went to Tier 1 on Monday and had scheduled the event for the following Sunday.”

Last year, he says they were limited to too small numbers to hold the event.

We are now in 2022 and the traffic light system is gone and there are no limits. The event progresses.

“The theory is that there are nine schools in the age brackets, with Years 5 and 6 dancing against all the other Years 5 and 6 in the other schools, Years 7 and 8 will do the same. There is two dances: the waltz and the cha-cha. There’s a big group dance, a merengue change of partners that I’m going to ask all the schools to do, so all the couples there will. He says it’s is based on a Cuban rhythm: “After six counts of eight, the children switch partners.”

He says it’s a good day for the kids with all the lights and glitz and glamour. It takes place at the Whanganui War Memorial Center.

“I bring down the judges: one from Auckland, two from Wellington; Hamish [McDouall] opens it to us. The kids get dressed and it’s the whole nine yards.
“I will make an order of the day: we have a lady of elegance, a gentleman of distinction – there will be a judge in the crowd who will judge this in particular, looking at the behavior of the children on the floor, the activities on the floor , how they treat their partner, all that kind of stuff.”

Mark has ribbons, trophies and awards ready for the occasion. There will be an overall school winner, but couples will be recognized for their dance prowess.

“Some schools only have Years 5 and 6, while others also have Years 7 and 8.

“The main comment I get from schools other than ‘I didn’t know Johnny could dance’ is ‘oh they get along so well’. I actually went back to a room to pick something up that I had left behind, and the teacher was debriefing with the kids, and they were talking about the pros and cons [of dance lessons]. One of the pluses was “the cha-cha was fun” and the downside was “it was really hard when he turned the music on”. Because it was fast.” The general feeling was one of pleasure.

“I’ll be promoting the next step in my studio,” he says. “That was always the plan…if they want to take the next option.

“It’s always been the goal to take a couple from school to the podium at national championships and I finally got it last year.”

The winners of the Inter School Dancesport Challenge will put their dance in the spotlight, as on TV.

Mark provides the music with a carefully curated playlist.

“It’s about getting them out and having a fun day.”