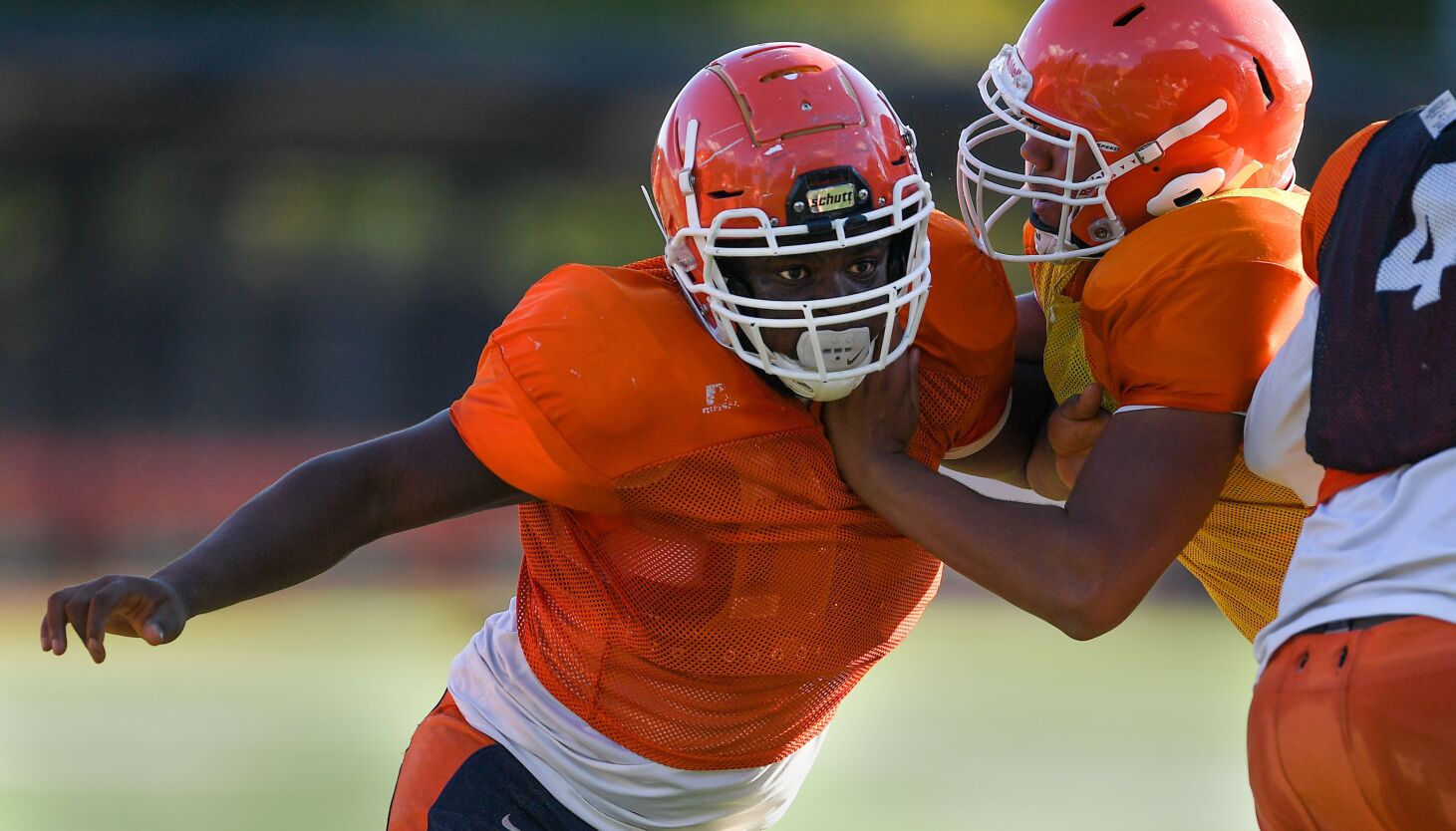 Babanifesimi Opadele thought he knew what he was getting into when he moved from Nigeria to the United States aged 10.

“At first I thought I was going to fit in because I watched a lot of Nickelodeon and Cartoon Network,” said Opadele, who is now 17 and plays junior football at Young. “I thought it was going to be exactly like that, but it wasn’t.”

What took some getting used to was the vernacular of American English.

“It was culture shock at first because it was so many things, like slang words that I wasn’t used to and didn’t know what it was, and it would be awkward.”

However, any discomfort is long gone. The outgoing Opadele has found Young a home, both on and off the football pitch.

“He branched out a lot more,” said young coach Dan Finger. “Last year, the homecoming ball was big. The guys came back and said, ‘This is the life of the party. He does back flips on the dance floor and stuff like that.

Opadele, a solid 5-5 and 200 pounds, also opened his eyes on the football field after coming to the sport almost by accident.

“My mom originally thought it was football,” he said, rather than American football. “I was like a little fat boy. It was summer [after] my eighth year and my mother wanted me out of the house.

“I started talking with new kids and I got along really well with them,” he said. “They were all funny and they were all caring people…so I was like, might as well stick with it.”

Opadele started lifting weights and transformed her body. He finished second in a national powerlifting competition, a remarkable result considering where he started.

“Summer camp my freshman year, we were going on the elevator and I remember not being able to pick anything up,” he said with a laugh. “It was a struggle.

“People think I just woke up and overnight I was very strong. Uh no. I saw how the seniors were much stronger than me and [thought]”I can improve in this area.”

Opadele’s work ethic and enthusiasm allowed him to quickly study football and he became a key cog for the Dolphins. Playing offensive guard in college last season, he had 24 pancake blocks. This fall, he added defensive line duties and starts both ways.

“He’s just a very aggressive guy and he built himself into that,” Finger said. “He picks everything up so fast.”

Although he just started his junior season, Opadele showed the potential to play beyond high school.

“Its size is going to be a limiting factor, but D-III schools are going to love it,” Finger said. “His grades are good. He’s going to have opportunities to get into schools he might not otherwise have been admitted to because of football.

“We’re working with him on the whole Twitter thing, helping him promote himself because that’s not who he naturally is.”

Who is Opadele, he is a kid who found his place in a new sport in a new country. And he can’t wait to see what’s next.