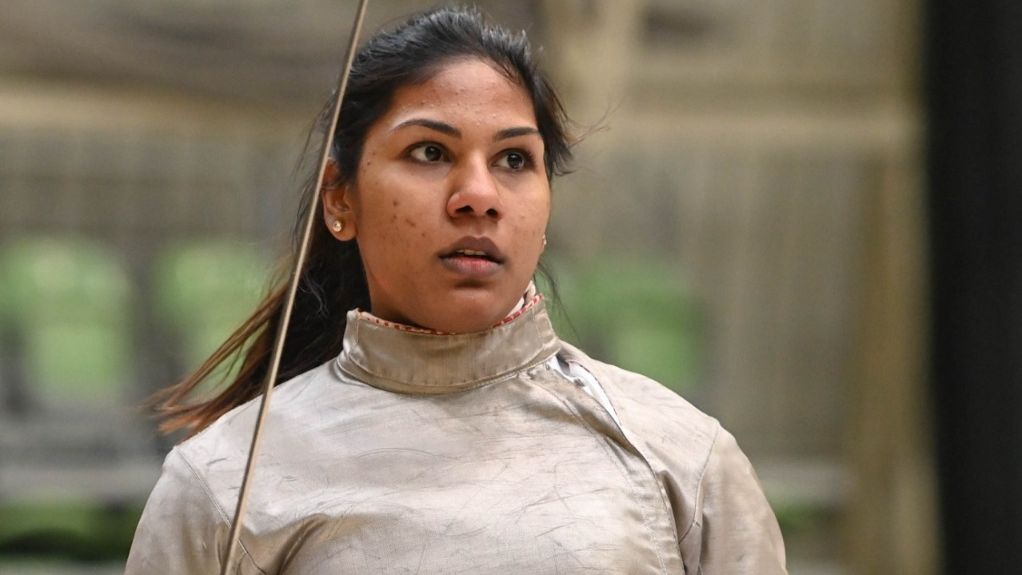 In a new city with a new coach, Bhavani Devi looks to surpass firsts for Indian fencing

With several major sporting events scheduled for 2022, including the Asian and Commonwealth Games, we take a look at the athletes for whom this could be a big year. We featured wrestler Vinesh Phogat, footballer Manisha Kalyan, shooter Manu Bhaker, tennis player Yuki Bhambri earlier. Next up is fencer Bhavani Devi, who made Indian history at the Tokyo Olympics and is set to build on that in an action-packed year.

Coach Christian Bauer faced an unusual request from his only Indian pupil a few weeks ago. Bhavani Devi pleaded with him not to give her a break from training. It was right after the World Cup in Tbilisi in January where they lost early, in the round of 16. Upon their return to Orléans, Bauer offered his trainees a few days off. But that was the last thing Bhavani wanted. “I just didn’t want to be home alone with enough time to feel bad about how the tournament was going. Every morning I would get up and nag Coach Bauer into allowing me to practice. “, she says. “For a week I felt miserable with my performance. I kept it bottled up and didn’t tell anyone, only the coach knew about it. It was difficult. I’m still trying to adapt to all the changes in my life, especially in training.”

The past few months have been a completely new world for Bhavani – new home, city, country, coach, training methods, training partners. It’s only been a few months since she uprooted her life in Livorno, Italy, on the advice of her former coach Nicola Zanotti, and moved to France to train with the famed 70-year-old Bauer at his academy. In a year filled with major tournaments – World Championships, Asian Championships and Asian Games, apart from a handful of World Cups, adaptability is key and time is at a premium.

The 28-year-old enters a battery of major events in 2022 aware that she will have to go beyond resting on the novelty of her unique position in the Indian fencing landscape. She’s already broken enough firsts and shone the spotlight on herself and the sport, even momentarily. In the months to come, she would be judged on the distance beyond the first.

Bhavani was the first Indian to win a medal at an Asian Championship (U-23 in 2015) and qualify for the pre-quarter-finals of a World Championship (2019). In 2021, she becomes the first Indian to parry on an Olympic track – a gargantuan moment for fencing in the country. It was also the first time many of her acquaintances had watched her compete live. In Tokyo, won a match, came out in the round of 16, and a month later moved to France. In her first event after Tokyo, she won the women’s individual saber at the Charleville National Championships, a French national competition, in October. The next Olympics are now two years away and she plans to train with Bauer until then. The Asian Games, a painful reminder of four years ago, will take place in six months.

Bhavani has never competed in an Asian Games before, for reasons beyond his control. She was surprisingly dropped from the squad for the 2018 Games by the national federation at the last minute. The rationale given was then that she failed to place in the top 8 of the Asian Championships that year. He overlooked the fact that she lost by a slim margin of 14-15 to South Korean great Hwang Seon. The decision sent her plummeting into a mental abyss and nearly put her funding on the line. The following year, she won gold at the Commonwealth Championships. “It took me a while to get over the disappointment of being kicked out,” she says. “Now I have been in enough competitions to know that I can win medals. I just need to organize my thoughts better in competitions, so that they come to me faster in tense moments. I work very hard. Then I see Coach Bauer, who is 70, coming in at 8 a.m. for a 9 a.m. session and leaving after most of us. He’s a legend, and I’ J I’m lucky he agreed to train me.”

At this point, she already finds herself out of her comfort zone in training, trying to catch her breath. On most days, training at the Bauer Academy can be split into two sessions and last up to eight hours. It’s taxing, unfamiliar, and Bhavani is still trying to get a foothold. If she’s propped up on balance beams and parallel bars for footwork and agility drills on some days, it’s Zumba dance routines on others. Bhavani is ready to throw herself deep into it all. A small price, she says, to train under a legend.

Seventy-year-old saber coach Bauer has had great success churning out Olympic medals – Italian great Aldo Montana’s gold in Athens 2004, men’s individual gold and team silver women as coach of the Chinese national team and the multiple medals of the Russians in London and Rio. “I’ve always loved the training part of my sport, no matter how hard it is. It keeps me going even on my worst days. In France, the style of fencing is quite different – right from the guard position, the way from which we hold the saber, movements, parries It is much more elegant, technical, it requires faster reflexes and it is more difficult to execute.

While the training methods may be new and unsettling for Bhavani, the quality of combat at Bauer’s academy is on a level far beyond what she knows. In Italy, the academy roster was largely made up of juniors and boys. In Orléans, she faces some of the best fencers in the world every day, including two-time Olympic medalist, current world number 2, and Tokyo Olympics ending manon Brunet. “In my old club, most of the other fencers were Italian, so sometimes you can feel like a foreigner. The Orleans center has great fencers and also a good mix of nationalities, some from Greece, Nigeria, Georgia , so the training is competitive. We stay close, we travel for the same competitions, so even in an individual sport, it feels like working as a team.”

Combat level also helps her see the ground she needs to cover in matches. Namely, the need to be patient and make the right decisions. “Sometimes I make repeated mistakes,” she says, partly chastising, “Everyone makes mistakes, but the best names make less of them. That’s what I have to learn.”

Bhavani is still setting up her home in Orleans and only moved from her Airbnb studio to a rented apartment last week. She compares the city, located on the Loire about 100 kilometers southwest of Paris, to Livorno by the severity of their winters. “Here,” she says, “it’s a lot colder than in Italy, but otherwise the vibe of a quiet, small town is quite similar.” Now that she’s bought herself a rice cooker on Amazon, she’s swapped her carbonara pasta for homemade Indian dishes.

Her next competition in a strangled schedule – a World Cup in Athens from March 4-6, is only three weeks away and she knows she has to hunker down and train. This is the part that Bhavani follows with obsessive diligence without being overly concerned with his gain. In a big 2022 season, it’s attendance that will count.