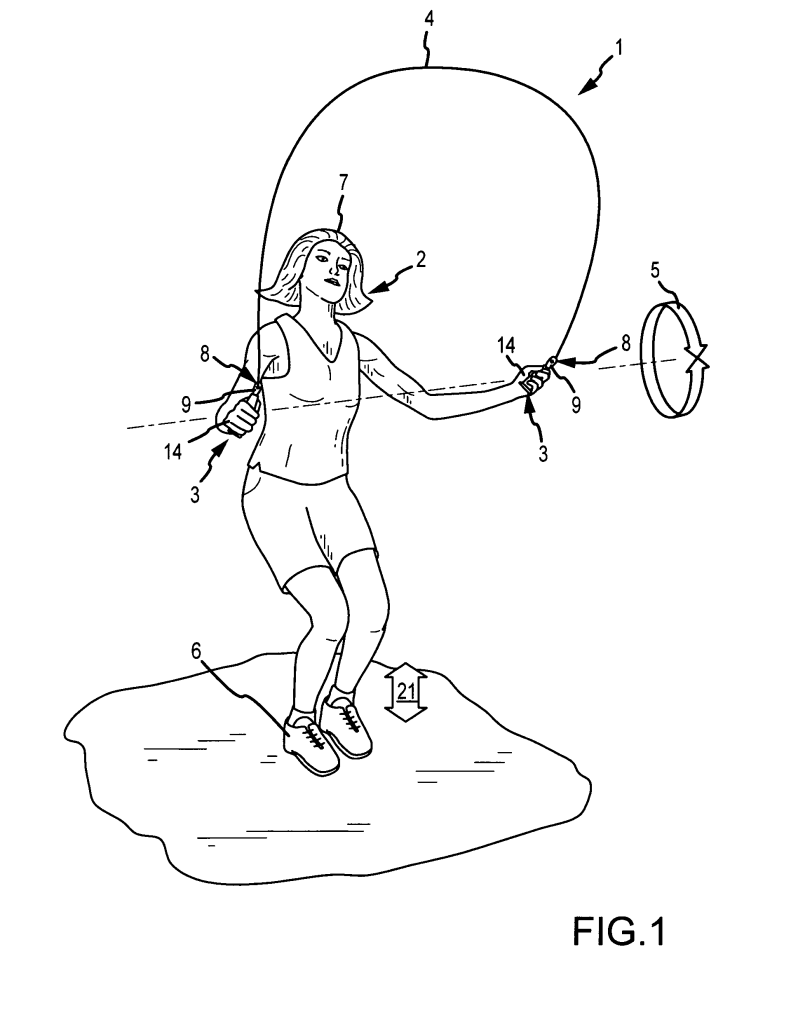 Molly Metz is a competitive jumper (5 times world champion) and also inventor of an innovative jump rope grip that enables super-fast jumps enjoyed by both competitors and cross-fit enthusiasts. US Patent Nos. 7,789,809 and 8,136,208. There has been massive infringement since his patents were issued 10-12 years ago. Funding an infringement lawsuit is a bit tricky, especially for a total start-up (micro entity) in a fairly small market. After licensing talks failed, his company Jump Rope Systems eventually sued Coulter Ventures (owners of Thug fitness) in 2018 for patent infringement. Jump Rope Systems, LLC vs. Coulter Ventures, LLC, 18-cv-731 (SD Ohio). Coulter turned around and asked inter partes examination (PPE). IPR2019-00586, IPR2019-00587. The PTAB granted the motions and ultimately concluded that the claims were obvious from the prior art. The decision of the PTAB here is quite questionable as it applies a hindsight bias to justify the combination of prior references. Yet the federal circuit confirmed without notice.

Federal Circuit precedent makes it clear that all enforcement litigation must end once the PTAB finds that a claim is not patentable in an IPR/PRG and the decision is upheld on appeal. “This assertion … has the immediate effect of precluding any pending or co-pending action involving the patent.” XY, LLC vs. Trans Ova Genetics890 F.3d 1282, 1294 (Fed. Cir. 2018). As I write below, the Federal Circuit’s approach has doctrinal shortcomings. Yet this is a precedent and the District Court followed this precedent in dismissing the case and siding with the accused infringer. Jump Rope appealed, but made it clear to the Federal Circuit that the the purpose of his appeal was to change the law and sought summary confirmation of the district court’s judgment.

The IPR certificate was finally issued in August 2022 stating that the claims were voided, but by that time the district and appellate courts had already treated them as voided for months. 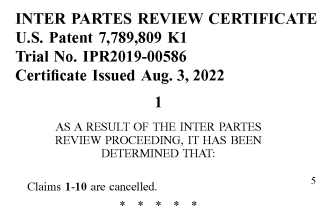 The Jump Rope Systems case is currently pending before the United States Supreme Court on motion to brief of cetiorari and he argues that the Federal Circuit’s approach is in direct conflict with our right to exclude from the matter. Question presented:

If, under federal patent law, a determination of non-patentability by the Patent Trial and Appeal Board in an inter partes review proceeding, upheld by the Federal Circuit, has a collateral estoppel effect on the validity of the patent in a patent infringement action in the federal district seek.

Although the Second restatement of judgments is not the “law” as such, the Supreme Court (and other courts) have repeatedly held that his statements reflect the law. One theory for immediately applying the PTAB judgment is the doctrine of collateral estoppel (aka “issue preclusion”). In XY, the Federal Circuit notably found that collateral estoppel applies to immediately bar a patent infringement action once the PTAB has found that the claims are not patentable and the decision is upheld on appeal. Judge Chen XY decision poses many problems. The main concern is that the notice ignores standard limitations to the application of collateral estoppel, such as different standards of review. A key example: the PTAB decided on obviousness based on the low level of preponderance of the evidence; and the IPR appeal was decided on an even lower substantial standard of proof. But the decisions on these low standards tell us nothing about whether the issue would be decided in the same way under a higher standard of clear and convincing evidence. Standard broadcast exclusion rules prohibit this type of application. See Grogan vs. Garner, 498 U.S. 279 (1991). But, the majority of the Federal Circuit simply concluded that the patentee “had his day in court” and was now bound by the outcome. As I noted above, in my opinion, the decision on the obviousness of the PTAB here is quite weak in that it combines disparate references and identifies the problem to be solved. I mention this because this seems like a case where the standard of review might make a difference.

To be clear, in my mind, this could all be a different situation once the USPTO issues its IPR certificate which effectively negates the claims. At that time, the patent was revoked, but the parties here seem to be fighting over the interim pre-cancellation period. A further complication to this case is the fact that obviousness is a question of law, although it is based on subsidiary material facts. Courts’ legal decisions also become binding precedents (apart from their exclusive impact on the parties), but this area becomes more complicated when legal determinations are based on unique underlying factual findings.