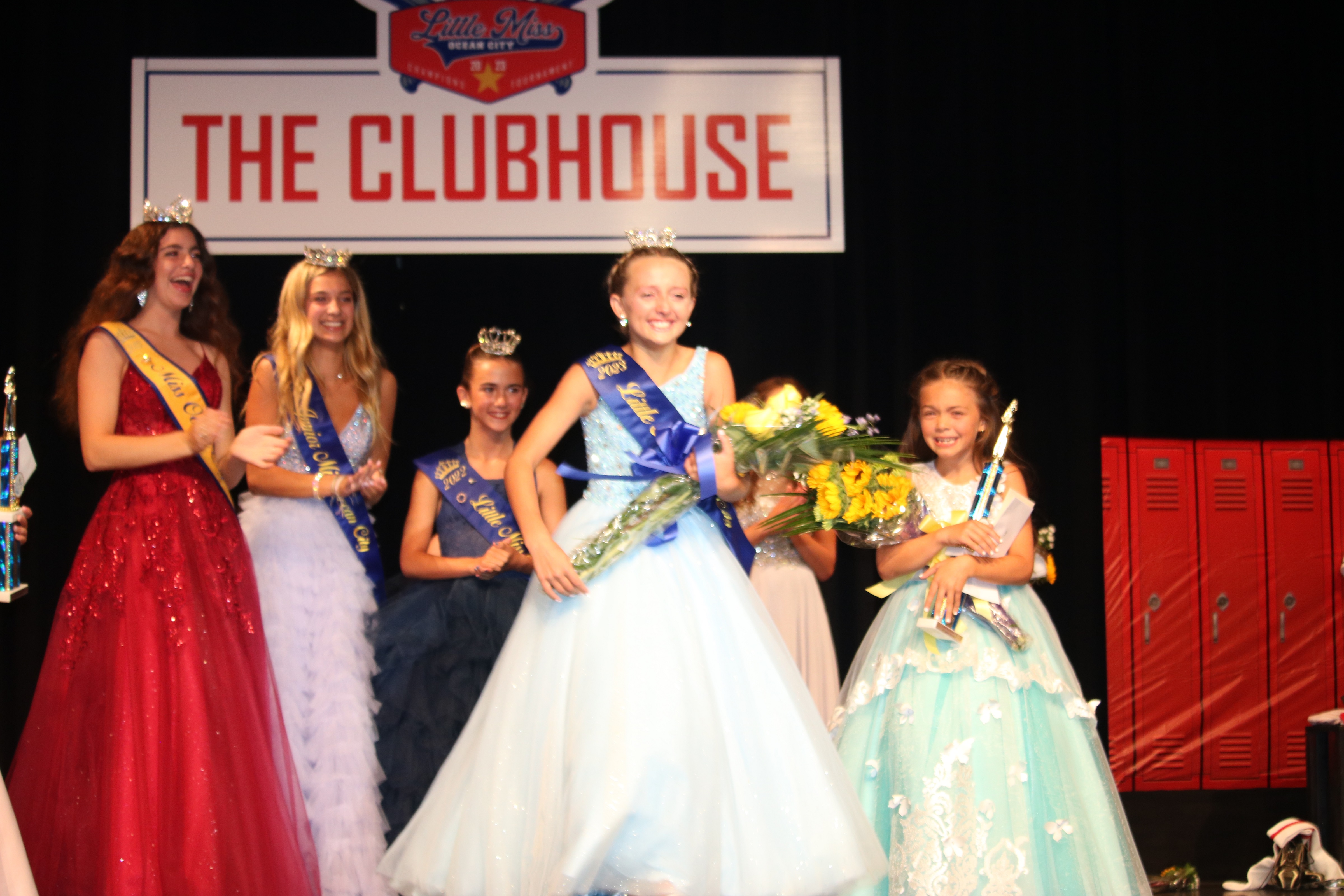 After placing first runner-up in last year’s Little Miss Ocean City pageant, it was time for Lyla Clark to shine on Friday night when she became the crown holder in front of a packed crowd at the Music Pier.

Lyla, 11, from Ocean City, wowed the judges with her powerful dance routine to “Gorgeous”, becoming the queen of the 2023 pageant out of 16 contestants.

“It’s amazing,” Lyla said backstage with her family and friends, including other contest winners, around her. “I’m thrilled and excited for this year and all the events.”

The candidates, aged 8 to 11, were judged on balance, talent, interviews and academic performance. They danced, sang and there were even a few comedians and a magician.

The opening act, “I Don’t Dance,” gave the audience an action-packed spectacle. The theme was baseball inspired and the contestants came out in their baseball uniforms.

Winning contestants received prizes and gifts from local sponsors in addition to cash.

Lyla, who is entering seventh grade at Ocean City Middle School, received the judge’s awards for her composure, talent and maintenance.

The new Little Miss isn’t just a dancer, but she’s a competitive cheerleader for All Star One, a cheerleading academy in Egg Harbor Township.

During the nearly three-hour show, there were also other performances from Arianna DiAntonio and the other pageant queens.

In addition to the performance with her sister, Antonella, Arianna performed a solo dance routine and then paraded for the last time as Little Miss with tears in her eyes.

Audiences watched a video that captured some of the memories Arianna said she would carry with her forever. They were of her and her other reigning queens at events and activities held throughout the city throughout the year.

Parades, Wacky Wednesdays and other wacky events brought tears, laughter and smiles from the outgoing Queen as she sat with Maddyn and Makenna on stage.

New Miss Ocean City 2023 Grace Oves also performed. She did a tap routine on Jerry Lee Lewis’ 1957 hit, “Great Balls of Fire,” to the excitement of the audience.

During the ceremony, Michael Allegretto, Assistant to Mayor Jay Gillian, presented Arianna with a key to the city, a beach towel and other farewell gifts on behalf of the city to show his appreciation for her service to the city. a year as a city ambassador.

Backstage after the show, Lyla was joined by her parents, Sara and Ray Clark, and her big sister, Faelyn.

Ray, a captain with the Ocean City Fire Department, said, “This event is so amazing. Lyla really had fun.

Faelyn, 13, said of her little sister: “We are so proud of her. She grew up before our eyes.

The new pageant queen said she is looking forward to a busy year as Little Miss Ocean City.

Lyla will join a new Junior Miss Ocean City who will be crowned Saturday night, and Miss Ocean City 2023 Grace Oves, of Ocean City, crowned August 13, for Ocean City’s signature events, including parades and other events promotions for the city. .

The Little Miss Ocean City pageant has been sponsored by the city’s recreation department for 32 years. City worker Kristie Fenton has been running the Little Miss pageant for years.

Here are the Friday night awards: The names of the winners are above the categories.

Recognition of balance and composure

The price of compassion, kindness and sincerity