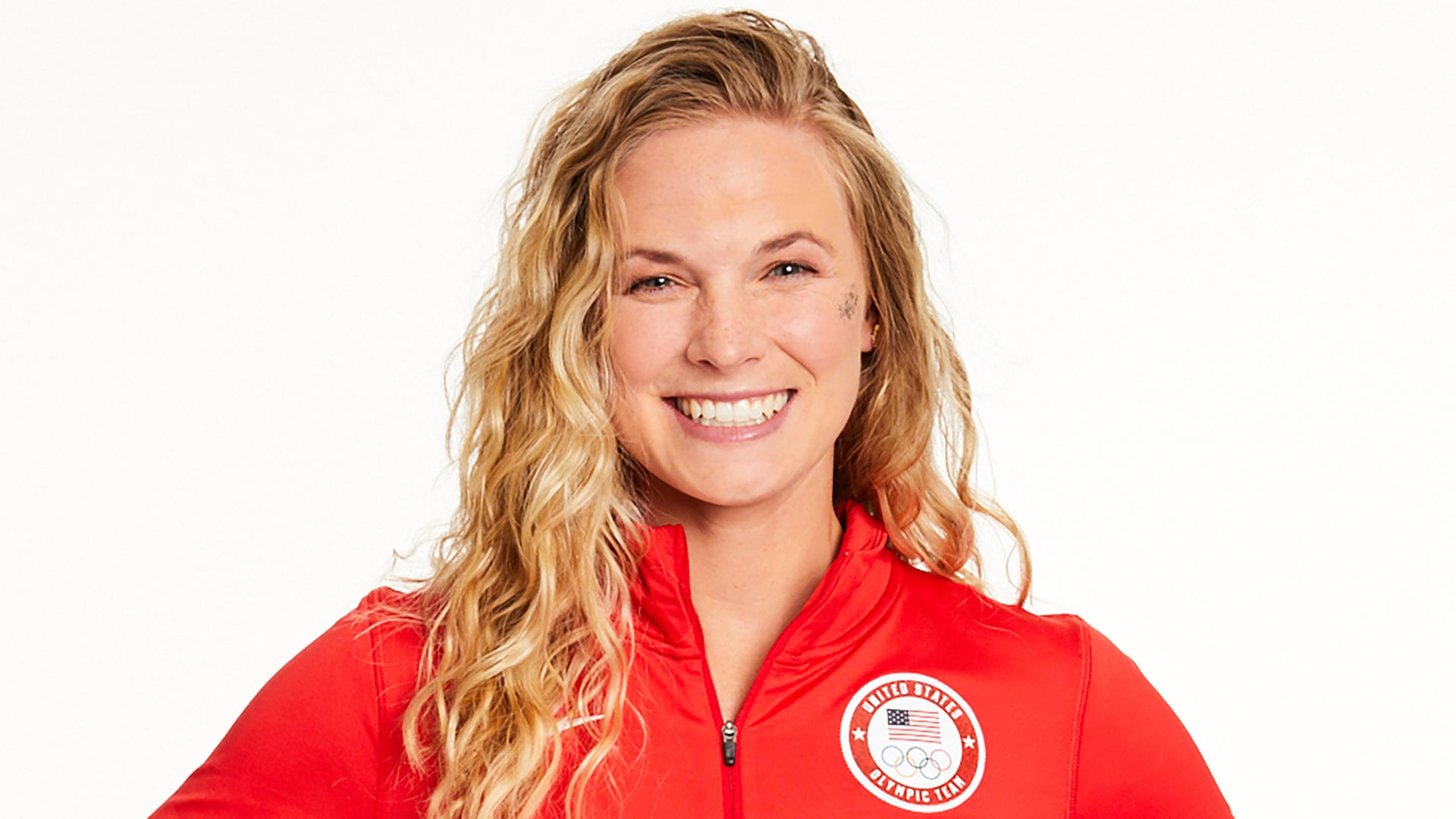 My earliest memory of cross-country skiing was yelling “porridge” at my dad from his backpack as he and my mom skied down the slopes. I had learned that “porridge” was how you tell sled dogs to go faster and I always wanted to go “super-speed!”

❝What I love most about skiing is that it really is a life-long sport, and I intend to enjoy it long after I retire from Olympic competition and the World Cup. The feeling of challenging myself to fly faster on the track, being able to enjoy different tracks around the world, and feeling graceful yet powerful while skiing is amazing.❞

Oldest memory of watching the Olympic or Paralympic Games?

❝I remember getting together with my high school teammates for a slumber party to watch the 2010 opening ceremony of the [Vancouver] Olympic Games. Seeing athletes I had met and trained with at camps, I was so proud of them, excited for them and hoped I could do it one day!❞

❝I never had a specific “aha” breakthrough moment. But when I qualified for the 2011 World Championships and raced well enough to be placed on the relay team as an anchor for the first time, I started dreaming big because I knew it was possible! In our sport, the world championships are exactly the same level of competition as the Olympics, so if you can run well at the world championships, you can run at the Olympic level.❞

What would you change in your sport?

❝I would like us to have a relay with the men’s and women’s teams combined, like biathlon did. We have such great team chemistry and we all train together as one big team, so it would be exciting to show our nation’s depth and do a relay with men and women!❞

Who is your coach?

❝I worked with Jason Liege my entire World Cup career, from the day I graduated from high school. He’s the smartest person I know, an incredible student of sport. But above all, he understands me and knows that happiness comes quickly, and sees the big picture first. It will put my overall wellbeing ahead of performance, and because of that, I tend to perform better. He knows that I love pushing the limits of training and will help hold me back so I don’t burn out, but he also knows when it’s important for me to complete a truly epic and challenging workout.❞

Who do you socialize with the most in your sport?

❝Our whole team! I feel lucky that our men’s and women’s cross country teams train and compete together as one unit, as we are surrounded by so many hardworking and dedicated people to lift us up. I also socialize with my club teammates in Stratton since that’s where I live and train in the summer between US Ski Team camps, and I’m very close with my club team.❞

❝Yes – I have friends on almost every team on the World Cup circuit! In particular, I got close to the Norwegian women’s team and made two flights to join them in training camps. When I won the Tour de Ski [in 2021], I received text messages throughout the course from Norwegian friends telling me that they were encouraging me!❞

❝Because I have so many friends on the World Cup, I feel like I’m mostly racing against the clock and my own limits, not trying to beat anyone in particular. I’m happy for my friends when they have a great race because I know what hard work it took them to get there, and they’re really happy for me back!❞

Have you ever worked with a sports psychologist?

❝Yes, since 2011, and it’s been amazing. Having a trusted person to talk to about everything has been huge for me. Not just in racing, but in recovering from my eating disorder early in my career and being homesick from five months on the road during the World Cup.❞

❝The eating disorder I had when I was 18. Mental health is so stigmatized in our society that we may blame ourselves and be too scared to seek help. Overcoming this obstacle, accepting help, and working to save my own life with the professionals at the Emily program is the hardest thing I have ever done, but also the most important. It’s also why I wrote my book, Brave Enough. I wanted to give an honest and raw account of how I caught my eating disorder and more importantly how I got my life back.❞

Hearing from young athletes, coaches and parents that my words have inspired them to ask for help or to be more compassionate and understanding towards a loved one has been the greatest source of pride in my career.

Your biggest fear in competition?

❝That I will cross the finish line and realize that I have even an ounce of energy left, and that I was too scared to give absolutely everything I had.❞

❝Masters Oksana. The strength, grace and resilience she showed with such a positive attitude and incredible work ethic is the most impressive and inspiring thing to me!❞

❝I would like to meet Serena Williams. She is such an amazing, strong and inspiring role model for all women!❞

Your biggest influence in/out of sport?

❝All my coaches, from my high school coach Kris Hansen to my current coach Jason Cork and the rest of the Team USA cross-country ski team. Most importantly, my parents for teaching me to love skiing and supporting me financially and emotionally throughout my career.❞

Any advice you would give to a young athlete?

Do it because you love it! When you’re having fun, you’ll naturally want to get out there and all the hard work won’t feel like a sacrifice at all, because you’re with great people playing a sport you really love.

Best part of life in the Olympic Village?

❝The camaraderie I felt with so many winter sports that I usually never see! All of these different athletes and sports coming together to represent the country make it feel big and small at the same time.❞

Where do you keep your PyeongChang gold?

❝I don’t, because I want to wake up every day and earn the right to be proud of myself for what I did that day. My medal is in a hat in my parents’ basement.❞

Do you practice other sports?

❝We train a lot for our sport, so I like cycling, swimming and running a lot.❞

Which summer Olympic event would you like to try?

❝I would love to learn to tumble like a gymnast! I think it’s so badass.❞

Have you ever been told you won’t succeed?

❝No one ever told me this, but I always had in mind that I didn’t have to be body fat to be successful as an endurance athlete. It really hurt me because I developed my eating disorder, but by first getting my health back and then running better because I was happy and healthy, I was able to prove to myself that a well-balanced and healthy athlete is one who makes a successful long career.❞

❝Oh yeah I do! I put sparkles on my cheeks to remind me that skiing is fun and that I to have to do this! It’s a promise to myself that I’m going to go out there and race with all my heart, and if I can do it with 100% effort, then I should be proud of my day. I also braid my hair before a race as something to do with my hands when I’m nervous.❞

❝We have striped socks that we only wear for team relay events, and these are very special to us!❞