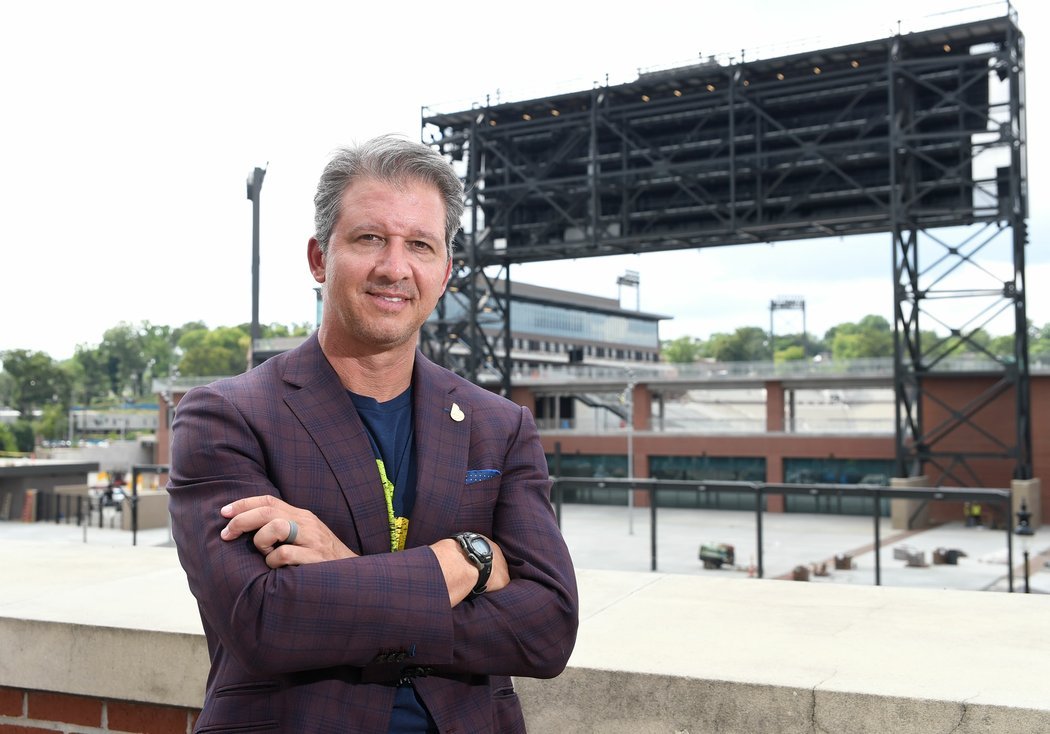 Metro Roundup: showing off on the world stage

In just one year, the world will come to the Magic City.

From July 7 to 17, 2022, Birmingham will host the World Games, a major international sports competition affiliated with the Olympic Games.

The city will host approximately 3,600 athletes from over 100 countries. These athletes will compete in 32 sports at more than a dozen venues in the metropolitan area.

It will take a lot of planning, logistics and people, including around 2,500 volunteers, to run the Games – by far the biggest thing this city has ever hosted.

The Games are “as big an event as anything that has ever happened in Birmingham,” said Jay Kasten, vice president of operations for the 2022 World Games.

In return, the event is expected to give the Birmingham area an economic boost of around $ 256 million, officials say.

However, it may not be the most important long-term benefit of hosting the event.

It is a chance for Birmingham to remake its image, which was severely tarnished by racial conflicts in the 1950s and 1960s.

â€œWe have a great opportunity to show Birmingham’s growth and dynamism to the world,â€ said Kasten.

On a deeper level, it may also be a chance for the city to shed its long-held inferiority complex.

â€œAs in any relationship, it’s hard to get someone to love you if you don’t love yourself, and I think Birmingham is finally comfortable in our skin,â€ said Nick Sellers, CEO of The World. Games 2022 Birmingham.

For decades, Birmingham tried to drive out Atlanta, Nashville and Charlotte, he said.

â€œNow we realize there is no better place to be,â€ Sellers said. â€œWe love our city and the people who come here are starting to recognize it. It is as if the magic returns to the magic city. I can’t wait to show it to the world.

This process will begin in earnest with the global launch of Games tickets on July 7.

As organizers prepared for the event, Sellers, Kasten and other Games officials spoke to Iron City Ink about the positive impact they believe the event will have on Birmingham.

Mix the old and the new

In addition to their size and scale, the Games are unique, according to the organizers, and offer an intriguing mix of traditional events with newer and cutting-edge competitions.

But there is also a wide variety of newer or more unusual events, such as dance sports, parkour, drone races, fistball, and tug of war.

The Birmingham Organizing Committee is promoting TWG2022 as the ‘next generation of sports’, said Sellers,

The Birmingham Games will also be the first major sporting event to have competitions for people with disabilities, such as wheelchair rugby, on the official schedule, Sellers said.

â€œI want this to turn into a FOMO moment,â€ Sellers said. â€œI want it to be like Woodstock in Birmingham where young people say, ‘Whether I care about music or sports or not, I will be in Birmingham in July 2022, because everyone will be there. “”

I feel good so far

Sellers said he was happy with the pace of planning and preparation so far.

He praised the cooperation of the Birmingham City Organizing Committee, Jefferson County, Alabama State and other government entities.

The Games also recently announced a partnership with the University of Alabama at Birmingham.

He said there had been “glimmers of hope in the postponement we had to endure.”

He refers to the fact that the global COVID-19 pandemic has forced the postponement of the Tokyo Olympics from July 2020 to July 2021. In turn, this has forced organizers to postpone the Birmingham event from July 2021 to July. 2022.

The Games have had time to attract more sponsors, with around 40 major corporate sponsors signed at press time, Sellers said. “We still have opportunities and a way to go to reach our goal, but we are close,” he said.

The Games will also benefit from some “brand new facilities” that would not have been ready by 2021, Sellers said.

He cites the newly renovated Protective Stadium and Legacy Arena located near the Birmingham-Jefferson convention complex, as well as the City Walk linear park being built under the new Interstate 59/20 highway bridge in the city center.

The delay “has been a blessing in disguise,” said Jonathan Porter, chairman of the board of TWG2022 and senior vice president of customer operations for Alabama Power.

In addition to bringing more venues online, the delay allowed organizers “to add excellent staff with expertise in areas to continue to strengthen our planning and preparation,” Porter said.

â€œI think the whole community will be pleasantly surprised at the caliber of the venues and what we’ve done to make them look and feel like a World Games,â€ Sellers said.

â€œOur sites are of the highest quality,â€ Kasten said.

Kasten wants to make sure fans have a good experience attending the games.

â€œThese are the first and last impressions customers will have of TWG2022,â€ Kasten said.

Unlike previous World Games cities, Birmingham’s venues have the advantage of being close, Kasten said. “All of our sites are less than 30 minutes from our city center.”

Organizers are trying to take advantage of the proximity to some of the venues to create an “atmospheric connection,” said Kathy Boswell, originally from Birmingham with more than 20 years of experience in community relations and vice president of community engagement for TWG2022. .

â€œWith these venues together, they will create an atmosphere filled with energy, excitement and engagement during the 11-day event,â€ she said.

“We intentionally plan for people to have the ability to connect through music, laughter, meeting athletes, food, walking access to several sporting events, and the ability to purchase products from vendors. premises, â€said Boswell.

Vendors seem confident that attendance will be strong, especially since the Games will be the first major international sporting event with venues at full capacity since the start of the COVID-19 pandemic.

â€œThere are so many pent-up demands for people to come together again,â€ Sellers said.

â€œWe will have full rooms,â€ he said.

Sellers said he looks forward to the Opening and Closing Ceremonies, which he says will be “an incredible experience” that will have “the quality of a Super Bowl halftime show.”

The opening ceremony, for example, which will feature honorary co-chairs such as Charles Barkley, Vonetta Flowers and Noah Galloway, “will be an incredible moment for our city and our state,” said Sellers.

The public profile of the Games will increase dramatically after the Tokyo Olympics, Sellers said.

The organizers will begin the â€œRoad to Birminghamâ€ announcements to announce the world qualifiers for all sporting competitions.

They will also begin the effort to identify athletes in the games who can become stars.

â€œWe will have our own Simone Biles and Michael Phelps,â€ Sellers said. “We’re going to design promotions around a handful of special athletes.”

Additionally, the ticket launch in July will provide organizers with “a lot of data on site attendance, where customers are coming from” and more, Kasten said.

Some of the more “critical” goals for organizers over the next few months will include “continued fundraising … the purchase of equipment and continued marketing and community outreach” of the event, said Carry.

The World Games could be a big international celebration for Birmingham, officials said.

Kasten, who is not from Birmingham, is happy to show off the city. â€œI moved to Birmingham for work in 2008 and knew next to nothing about the city,â€ he said.

â€œBut after living here for over 10 years, I am proud to call Birmingham my home and promote it everywhere I go,â€ he said.

â€œNot only from an economic development point of view, but from a branding point of view. Birmingham will be seen and seen as the new and vibrant Birmingham, a diverse, innovative and forward-looking city, â€Porter said. “The Games will provide an opportunity to continue to be seen as a new Birmingham, not the Birmingham of the 1960s.”

According to Boswell, “the biggest impact” of hosting the Games is that “it forces so many entities to see that we need each other and that we need to work together.”

In her work to boost community participation in the Games, Boswell said she has seen people from dozens of groups – city governments, corporations, small businesses, community groups, universities and ordinary citizens – dedicate their time and resources. talents to the cause.

â€œIt forces us all to be one,â€ Boswell said. â€œWe come together to welcome this unique moment in this city and this state. The mindset and belief that we are one is what will help us leverage the World Games for more opportunities in the future. “

â€œWe want to use the World Games as a tool for people to reinvent Birmingham and hopefully bring more jobs and opportunities here,â€ Sellers said.

While happy with the readiness for the Games so far, Sellers said it was important that the city has two major elements: visitor safety and security and transportation.

And the stakes are high.

â€œIf we get it right, this is a huge audition for other mega-events,â€ Sellers said. â€œI see this as a huge opportunity for us to be seen as a great event city.

â€œThis is our hearing for the world to show that we can host mega international events,â€ he said.

â€œI can’t imagine the lasting legacy it will mean for Birmingham, that we have the confidence, the confidence that we can do great things. This is what it is about now.

After a difficult year, the orphanage took a cruise