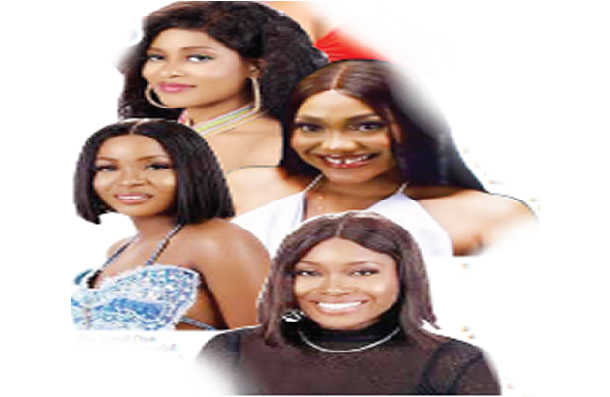 Most Popular BBNaija ‘Level Up’ Roommates

Chidimma Okagbue, aka Bella, is undoubtedly one of the most talked about housemates. The level one housemate once revealed that her mother was not comfortable with her coming on the show. The outspoken contestant is best known for her romance with Sheggz. She became the center of conversations and jokes on social media after sharing her first kiss with Sheggz.

Ijeoma Josephina aka Phyna has become a hot topic on social media after declaring her love for Groovy whose original love interest Beauty was disqualified from the show.

The level two roommate made headlines when she kissed Groovy after a party on Saturday night. She also came under fire online for leaving her bed to snuggle up with Groovy just days after Beauty was disqualified.

Daniella Peters, aka Daniella, is another roommate that viewers can’t seem to get enough of. The contestant, from Cross River State, has started to gain attention due to her whirlwind romance with Khalid, who was recently kicked out. The duo have been trending on social media after being filmed having a steamy session, wrapped up under the sheets while other housemates slept. Although Khalid denied having sex with her, many viewers believe the duo got intimate under the covers.

Chioma Ndubueze, aka Chomzy, is one of the reality TV show’s youngest housemates. She was at the center of the rift between Beauty and Groovy which later led to Beauty being disqualified.

She had once revealed that she was in a “heart condition”. She said, “I like Groovy and Eloswag.”

She also expressed her love for Groovy in a conversation with Sheggz. As it stands, Groovy is in a love triangle with Chomzy and Phyna.

Some viewers of the reality show were shocked when one of the housemates, Chinenyenwa Okoebor aka Chichi, introduced herself as a “stripper by night and chef by day”.

During a chat with Shegz and Bella, Chichi said that being a stripper saved her from various hardships in life.

Chichi, who hails from Edo State, also said she was one of the strippers who had the privilege of meeting American rapper and ex-stripper Cardi B during her visit to Nigeria in 2019.

Who’s back in the ballroom?