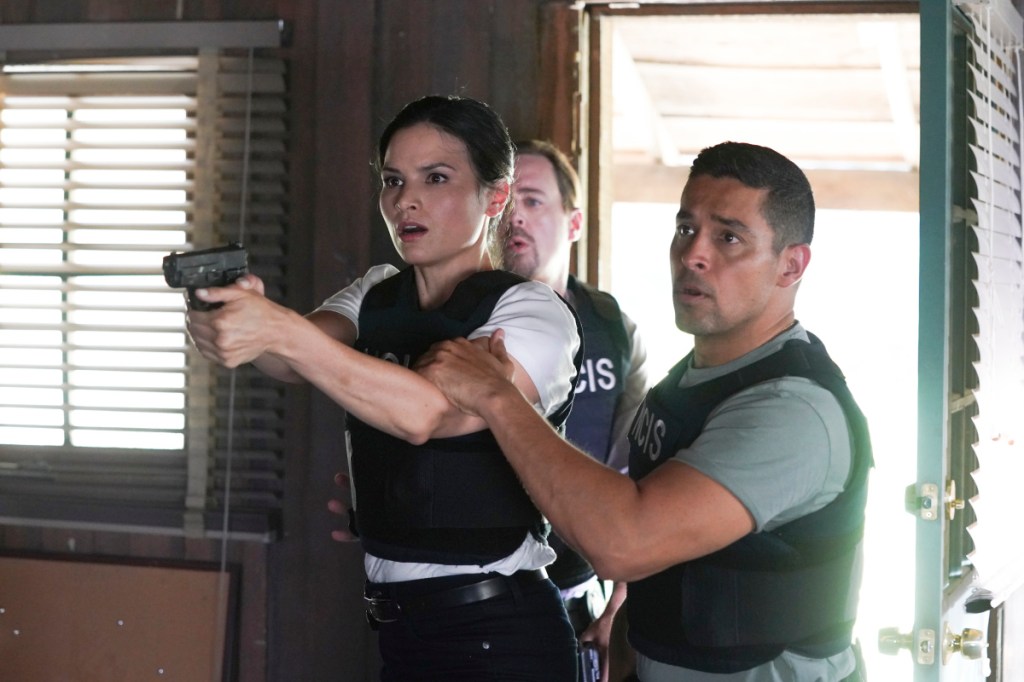 “Dance with the stars” (8 p.m., ABC): The Ballroom Pageant returns for its 30th season, as is Len Goodman! He will be part of an expanded panel of judges alongside Carrie Ann Inaba, Bruno Tonioli and Derek Hough. Fifteen new celebrities are set to bring their sparkle and sparkle to the ballroom, including “The Bachelor” Matt James, Olympic gymnast Suni Lee, TV actor Brian Austin Green and pop star JoJo Siwa. Celebrity couples and professional dancers will be unveiled during the show.

“The Voice” (8 p.m., NBC): The popular reality TV contest returns to kick off its 21st search for a pop superstar and there’s a new face in the coaching panel. Ariana Grande makes her debut and claims her red chair alongside veterans Kelly Clarkson, John Legend and Blake Shelton. As usual, things start with the Blind Auditions.

“9-1-1” (8:00 p.m., Renard): In the Season 5 premiere, a series of ransomware threats result in an overabundance of emergencies for the 118, including a medical evacuation helicopter crash at a hospital and a breakdown in the traffic control tower system. air. Meanwhile, Athena must revisit her traumatic attack when the real estate agent’s serial rapist case comes to trial, Eddie suffers a health crisis, and Maddie’s postpartum depression worsens.

“NCIS” (9 p.m., CBS): Television’s most popular drama series returns for its 19th season and things heat up right away. As the NCIS team searches for Gibbs after his boat wreck was discovered, they discover he was hunting down a serial killer with reporter Marcie Warren (Pam Dawber), who wrote an article about him.

“NCIS: Hawai`i (10:00 p.m., CBS): The military crime franchise is diversifying once again – this time in the direction of Aloha State. Vanessa Lachey plays the role of Special Agent in Charge of NCIS Pearl Harbor Jane Tennant, who, with her steadfast team of specialists, balances duty, family, and country, while investigating high-stakes crimes involving staff military, national security and the mysteries of the sun-drenched paradise island itself. In the first episode, an experimental naval plane crashes into Oahu, and Tennant and his team must find who is behind it before classified state secrets are revealed.

“Ordinary Joe” (10 p.m., NBC): There doesn’t seem to be anything ordinary about this new high-concept drama series. James Wolk stars as Joe Kimbreau, who faces a big decision in his life after graduating from college. Viewers experience three parallel “what if” scenarios that explore what could happen if Joe took very different paths in life. After all, sometimes what you do in one instant can change everything.

“Now it’s an entrance”: the dance movements of the groom at his wedding leave Internet users overwhelmed