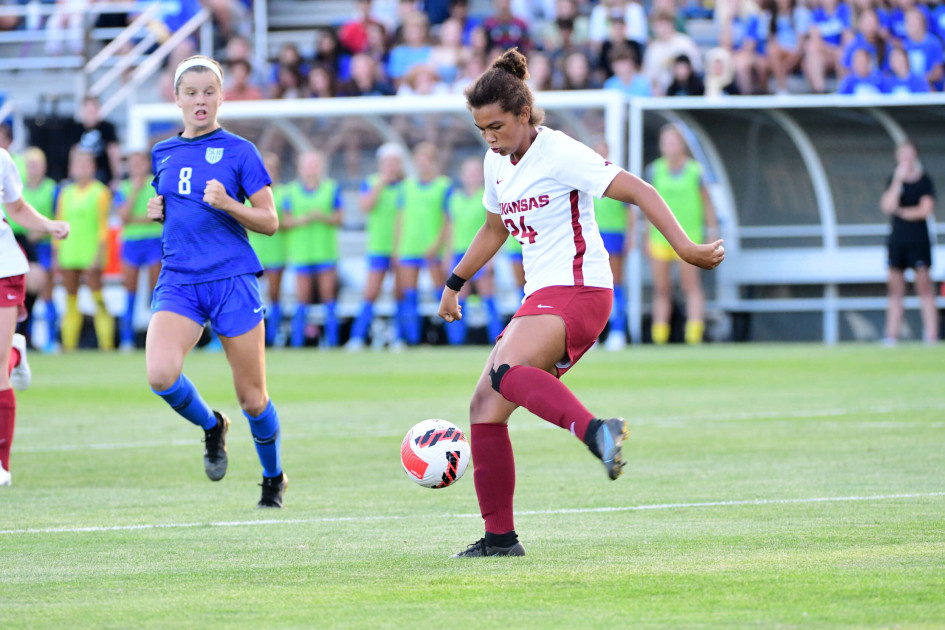 No. 8 Arkansas tripped up Saint Louis in the season opener

How did it happen

The Billikens recorded the first shot of the game in the 9e minute and followed up with the only goal of the evening 25 minutes later. Saint Louis took advantage of a corner kick taken by midfielder Anna Walsh which was lobbed into the penalty area. After a brief scramble, striker Emily Gaebe found the ball with her right foot and kicked it to score.

Saint Louis ended the half beating the Hogs 6-0.

The Razorbacks caught up in the shooting category, firing 10 shots in the second half.

Arkansas’ best chance of the night came on the team’s first shot in the 49e minute. Defender Shana Flynn linked up with striker Anna Podojil in transition, allowing Podojil to get into the penalty area with the ball. His left-footed shot curled inches from the far post and out of play.

The Billikens finished the game beating the Razorbacks 12-10.

Hear it from Coach Hale

“We didn’t win the areas we needed. We will learn, grow and improve for a good DePaul team on Sunday.

Arkansas’ No. 8 returns home to face DePaul on Sunday, August 21 at noon. The match will be broadcast live on SEC Network Plus. Tickets can be purchased here.

Boris Brejcha’s “I Want You” is the latest addition to FCKNG SERIOUS: Dancing Astronaut