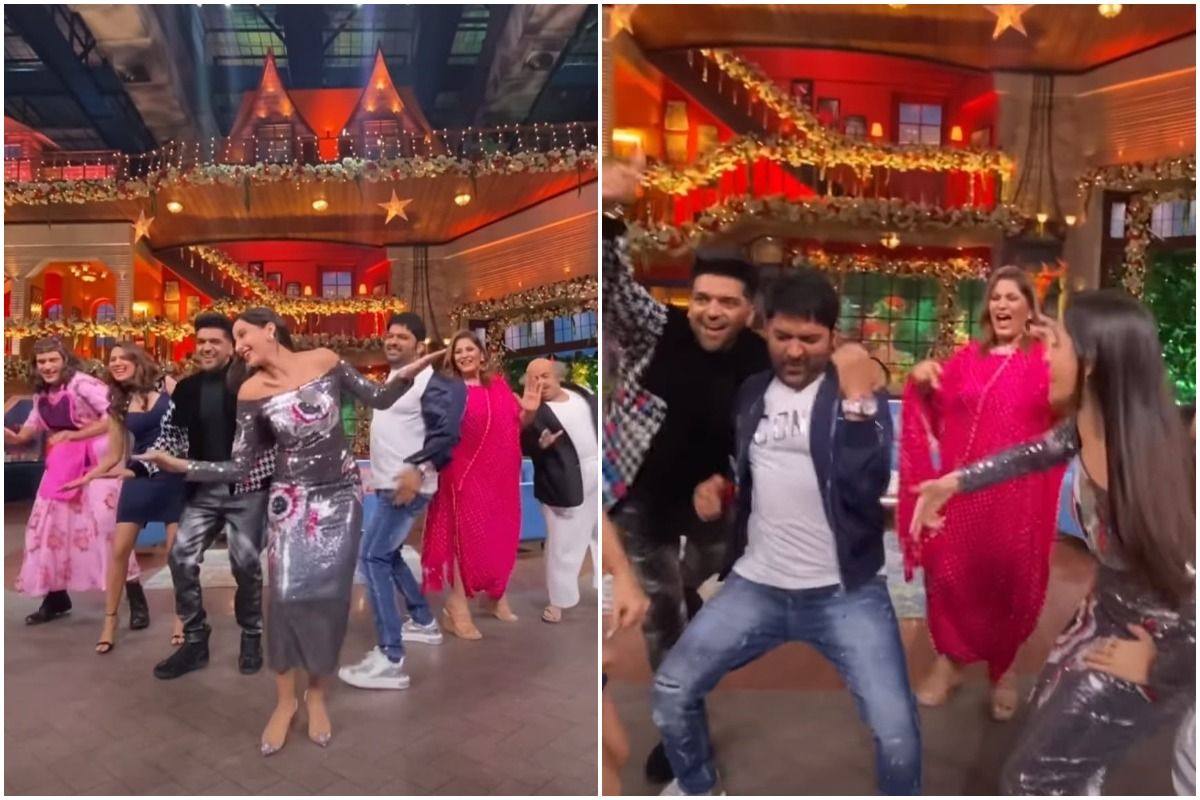 Bombay: The Kapil Sharma Show’s New Years special will feature Bollywood star Nora Fatehi and Punjabi singer Guru Randhawa. While the episode airs on Sony TV on January 1, a behind-the-scenes video of the show’s sets has already been released. In the video, Nora Fatehi and Guru Randhawa can be seen grooving on their latest Dance song Meri Rani with the cast of the show. Along with Kapil Sharma, Archana Puran Singh, Krushna Abhishek, Kiku Sharda and Krushna Abhishek are also seen dancing to the catchy song.Read also – The Nora Fatehi effect! Guru Randhawa becomes first Indian singer to meet 30 million Instagram followers

While Nora kills with her sexy moves on the song, another person who will surely get your attention is Kapil sharma himself. Struggling to follow in Nora’s footsteps, Kapil Sharma leaves fans divided with her own dancing style and adding Punjabi Tadka to that. Sharing the video on her social media account, Nora wrote, “We had so much fun today! Thanks guys “and dropped red heart emojis. Also Read – Nora Fatehi’s Car Crashes, Angry Crowd Pulls Driver From Car

For the uninitiated, Nora Fatehi was recently featured in Guru Randhawa’s music video entitled Dance Meri Rani. The two wowed everyone with their sizzling chemistry. While Guru Randhawa looked dapper in the song, Nora Fatehi majestically wore the Afro-Queen avatar look. The Meri Rani dance is sung by Guru Randhawa and Zahrah S Khan. It is written by Rashmi Virag and composed by Tanishk Bagchi. The video is curated, designed and produced by the talented Bosco Leslie Martis. The song is the second collaboration between Nora Fatehi and Guru Randhawa. Previously they worked on the music video for the song Naach Meri Rani.