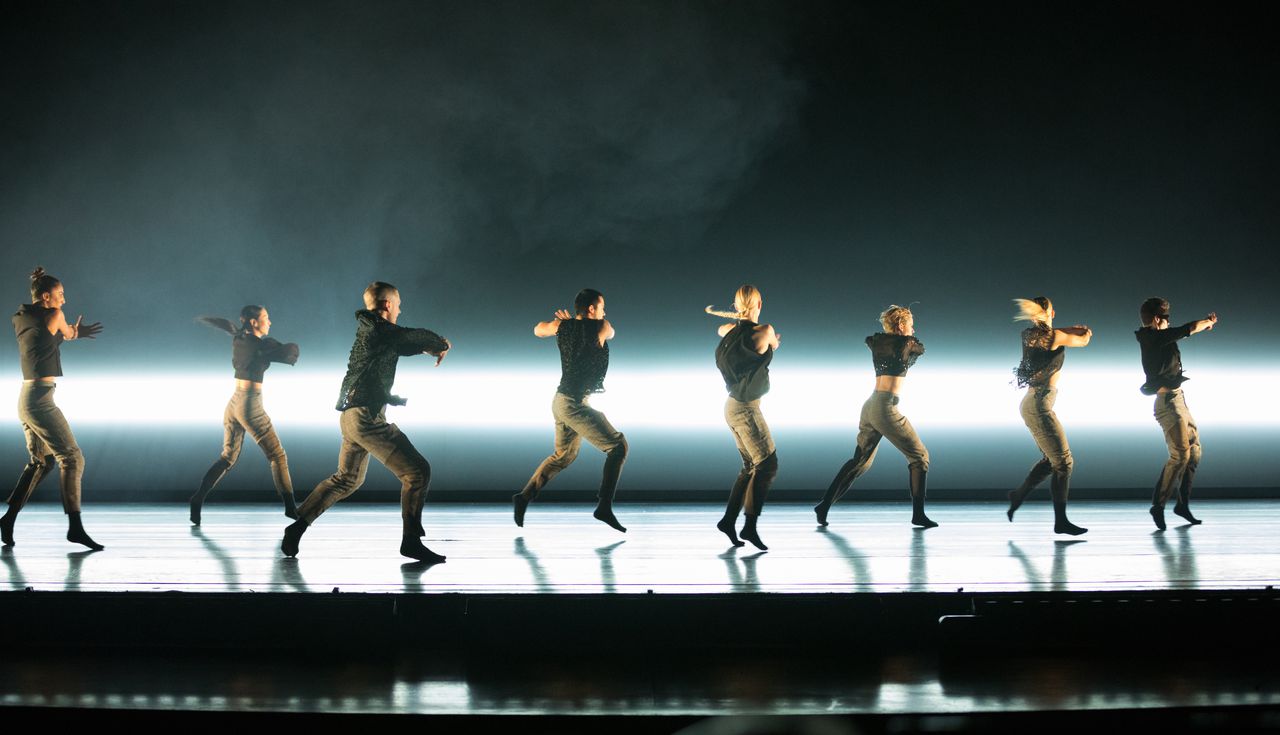 March kicks off with a full range of live and virtual events, including contemporary dance premieres, a performance highlighting the work of Indigenous artists, traditional Irish music and monster trucks. Many events are virtual or offer online viewing options.

Remember inside Indoor COVID-19 mask mandates are in effect until March 19, 2022. Check with venues for COVID-specific safety requirements.

The Portland dance company offers three world creations by a trio of international choreographers. Joseph Hernandez, from Dresden, Germany, has performed worldwide and has had works filmed and distributed in Europe. Ihsan Rustem has been resident choreographer for NW Dance Project since 2015 and has created award-winning works in Portland for several years. Yin Yue, who studied at the Shanghai Dance Academy, founded the YY Dance Company in New York and is an internationally renowned performer and choreographer. Her work combines Chinese folk dance and Western contemporary dance.

Lakewood Theater Company continues its 69th season of live theater with “Leading Ladies” directed by Stephanie Mulligan. Ken Ludwig’s comedy follows two unlucky actors who find themselves on stage in rural Pennsylvania looking to swindle the fortune of a wealthy old woman in search of her long-lost nephews.

Samantha Van Der Merwe directs this performance which mixes installation theater and battle scenes as two evil women face off in an attempt to determine the “most evil woman of all time.” Shaking the Tree welcomes Kayla Hanson, Rebby Yuer Foster and Sam Dinkowitz in this new work.

Resonance Ensemble offers a performance that highlights the words, music and visual art of Indigenous artists from Portland and the Americas. Performances feature works by composers Gabriela Lena Frank, Mari Esabel Valverde and Jerod Impichchaachaaha’ Tate. The program also includes the world premiere of Resonance’s latest commission, the ‘Abya Yala Choral Suite’, by Portland Chilean composer Freddy Vilches. Abya Yala is a concept from the tradition of the Kuna people of Panama that describes a vision of interdependence, according to Resonance Artistic Director Katherine FitzGibbon. The event also includes a panel discussion with Vilches, Valverde and FitzGibbon. A limited number of seats will be available for the live performance, but a live broadcast of the Sunday concert will be available.

Grab the noise-canceling earplugs and head to the Moda Center for an afternoon of action-packed monster truck racing. These riders aren’t afraid of a bit of mud, rocks and traffic. They rush through. Watch one-on-one battles between the best in the sport, including 12,000 pound classics like Grave Digger, Megaldon and El Toro Loco. The event also includes a freestyle motocross exhibition.

The Russian Winter: Tchaikovsky and Prokofiev

The Portland Youth Philharmonic welcomes the winner of the 2021 Concerto Competition, 17-year-old Michael Gu from Corvallis. Gu will be the star soloist of Prokofiev’s Piano Concerto No. 1. The Philharmonic Orchestra will also perform works by Tchaikovsky and William Grant Still.

What happens when a fictional thriller writer teams up with a country music superstar? This encounter yields new songs and a story that follows a rising music star trying to put her old life behind her. Parton and Patterson give a virtual talk hosted by Powell’s Books about how the book ‘Run, Rose, Run’ came together and how it inspired seven new songs.

The Clark College Jazz Band under the direction of Doug Harris presents its winter concert featuring seven soloists, plus the trombone and saxophone sections. The program includes classics by Count Basie, works by Rob McConnell and New Orleans jazz standards.

Getting ready for St. Patrick’s Day? One of Ireland’s top bands travels to Portland to play a gig at the Alberta Rose in early March. Led by lead singer Cathy Jordan, the band have traveled the world sharing traditional Irish music since 1990.

You may know him as Saul Goodman from the “Breaking Bad” series, but Odenkirk is a lifelong actor, comedian, and writer whose life is filled with goofy stories he wants to share. Many of them are included in a new book called “Comedy Comedy Comedy Drama” which chronicles his experiences from performing in seedy comedy clubs to his job on the big screen. Copies of the book are included in the ticket price. Hosts Cheryl Strayed.

Black Violin comes to Portland for a leg of their Impossible Tour led by classically trained string players Wil B. (viola) and Kev Marcus (violin). The group mixes classical and hip-hop music. His 2019 studio album, “Take the Stairs,” debuted at No. 1 on the Billboard Classical Chart and received a Grammy nomination for Best Contemporary Instrumental Album.

– If you have any live or virtual events you’d like to see highlighted on OregonLive.com or in the weekly print A&E section of The Oregonian, please email your submissions to [email protected] at least three weeks before the start of your event. Digital images or links to videos are helpful.

A Book of Poetry Comes to Life Through Original Music, Film and Dance Thresh & Hold: A Collaborative Ceremony