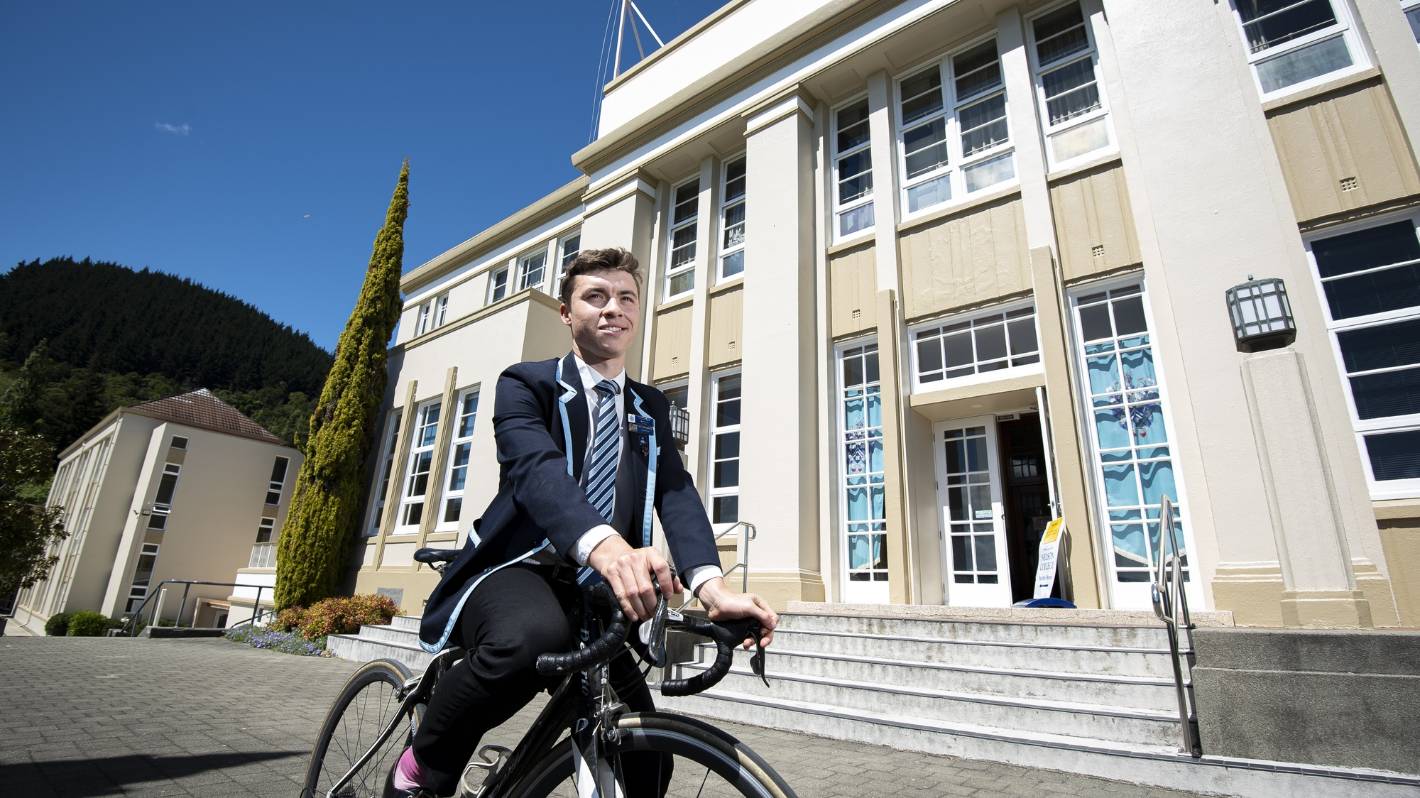 Olympic cycling prospect gets scholarship to help him pursue his dream

Nelson College principal Kaio Lart aims to compete in the Olympics as he heads to the university near New Zealand’s “cycling home” velodrome.

The Paris Olympics in 2024 could be “a bit soon” for the 18-year-old track cyclist, Kaio Lart.

The Chief Reeve of Nelson College is preparing to travel to the University of Waikato, 20 minutes from New Zealand’s “cycling homeland” – the Avantidrome velodrome – in pursuit of his Olympic dream.

“I’ll probably be there everyday between the gym and the track,” said Lart, who had just received a boost to his mission, in the form of a $ 10,000-a-year scholarship.

The Sir Edmund Hillary scholarship at the university, where Lart was to study mechatronic engineering, included a personal development program, he said.

While the program involved former academics (including Olympians) training new ones, Lart wasn’t sure what else it would entail.

“It’s pretty cool to see someone you have a decent relationship with at the Games. “

Lart was also inspired by watching her friend Ellesse Andrews win silver in women’s keirin at the Tokyo Olympics.

He had also had a taste of fame himself, being part of the winning trio of the New Zealand junior team sprint at the Oceania Track Cycling Championships in Invercargill in 2019; its first international competition.

He was selected for the world junior championship squad this year, and last, but was unable to attend after last year due to Covid-19 cancellations and travel restrictions.

Getting to the Olympics was a realistic route, but one that was “not at all easy,” said Lart, who started track cycling at Nelson’s Trafalgar Park at the age of eight, “on the bike that I ‘had at the time “, then progressed to road training.

The call was that it was “fast, furious and intense,” he said.

While he loved racing and had always been quite competitive, he also loved theater and dance, so the element of putting on a show for the crowd was appealing as well.

He marked his first overseas race in Bundaberg, Australia last year, in which he failed to reach the keirin final, and he and other riders in the same position boxed their race. and went down the straight “doing YMCA” together instead.

Lart said the scholarship money would help him try to leave college with as little debt as possible.

“Hope this takes the stress out of everything, so I can focus more on being an athlete.”

While he probably should still have a part-time job, he hoped it would be in the field he loved – teaching kids to ride at the Avantidrome or working with a school cycling team.

Dance to the tunes of change

We Dance ? The song highlights the tragedy of years gone by