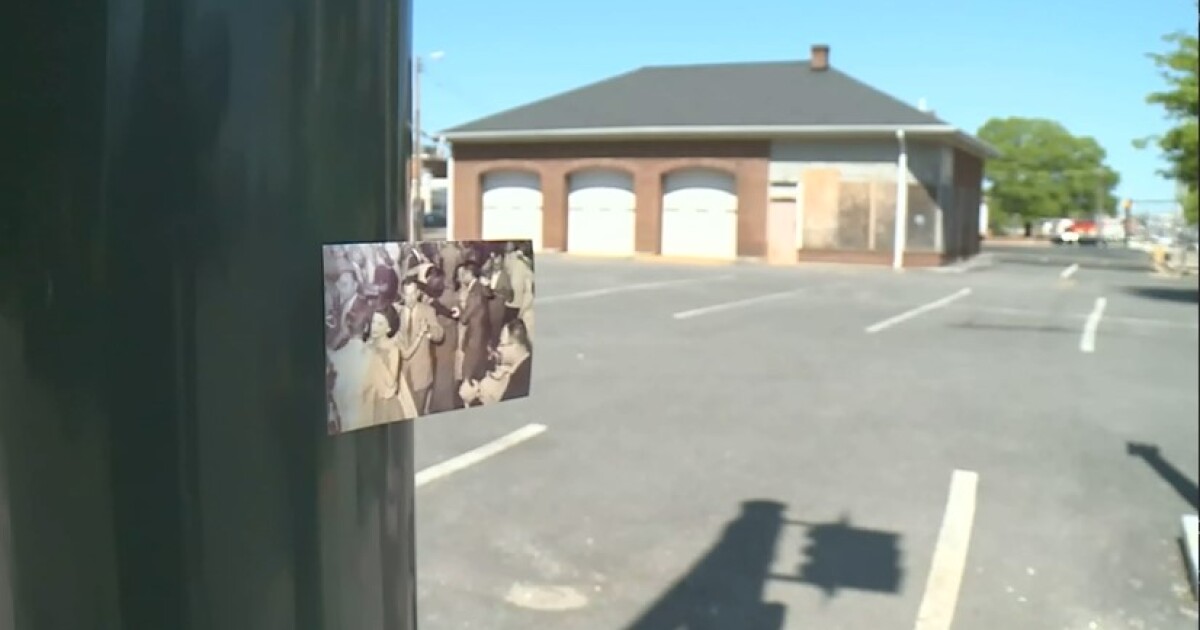 RICHMOND, Va. – Near the intersection of N. Hamilton Street and W. Broad Street in Richmond, little catches the eye or ear. But step back 80 years and this corner was buzzing as an entertainment destination. Generations of Richmond locals have flocked to the Great Tantilla Ballroom to cut a rug night after night.

“It was the place to go for a big date,” said Harry Kollatz Jr., editor of Richmond Magazine. “The place to go, see and be seen.”

Tantilla Garden has been touted as the finest dance hall in the South.

“It was on. It was neon. He was setting there. And you could hear the music coming out of it,” Kollatz said.

From the 1930s to the 1950s, legendary big bands, from the all-female Coquettes to Tommy Dorsey, drew large crowds dressed in new clothes, Kollatz said.

“If you came to Tantilla, it was a bit formal. It was the big meeting,” he said.

The ballroom’s main attraction was a retractable roof.

“And that was a huge deal for those attending Tantilla. On a clear night, you could dance under the stars,” Kollatz said.

Charlotte Via and Linda Bassett recall the wonderment of Tantilla as wide-eyed teenagers.

“Oh yeah. Every time I pass by, I look and say well, that’s where it was,” Via said.

There was dancing on the second level and Tiny Town bowling on the first.

“Everyone loved it because it was a beautiful place. Simply stunning,” Bassett added.

For these cousins, Tantilla was a family affair.

Charlotte Via’s stepfather, Bill Via, was the general manager of the ballroom.

Linda Bassett’s father, Willie Crafton, was the doorman at the nightclub.

“They wore tuxedos to work. It reminded me of the Frank Sinatra days yeah,” Bassett said.

The two women were in the front row.

“People knew how to dance back then. Ballroom dancing,” Via said.

Via is the guardian of Tantilla’s rare memories that once belonged to her late stepfather.

The collection includes dozens of rare images and autographed photos of legendary conductors, from Tommy Dorsey to Guy Lombardo.

“Wednesday night, I think they called it ‘Singles Night.’ My husband was working at the box office,” Via said.

She also credited Tantilla Garden with, well, being born.

Willie fell in love and would marry Juanita who was a regular performer at Tantilla.

“And they made the swing,” Via said. “It was when people were dancing together and looking into each other’s eyes.”

But over the years, ballroom dancing fell out of tune, and on the floor, the aging crowds thinned out. Management tried to entice younger patrons with rock and roll shows, but the magic was fading. The music stopped definitively in 1969. Tantilla was demolished. The bricks were sold at auction.

“Dad was very sad about it,” Via said. “People were sad. People didn’t understand why he disappeared.

For Charlotte and Linda, the loss of landmark still stings 53 years later.

“Like I say, they’ve paved heaven to put up a parking lot,” Bassett said.

For historian Harry Kollatz, the end of Tantilla Garden was more than just the demolition of a concert hall. We have lost a connection with our cultural past.

Tantilla Garden may be gone but if you visit Hamilton and Broad. Listen closely, you might hear the big band era reverberating once again on the asphalt.

If you want to learn more about Tantilla Garden, Harry Kollatz wrote about the place in his book True Richmond Stories: Historic Tales from Virginia’s Capital.