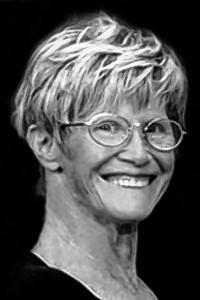 Funeral services will be held at 11 a.m. Friday, October 21 at First Lutheran Church, 604 W Broadway St., Decorah, Iowa, with the Reverend Michael Wilker presiding. Interment will be in the Lutheran Cemetery.

In lieu of flowers, memorials may go to the family at 1425 Wicklow Dr., Robins, IA 52328. The family will donate to First Lutheran Church, Winneshiek County Hospice and tend to Olejniczak Baseball Field at Decorah High School .

Paula was born on March 21, 1941 in Waterloo, Iowa, to Ray and Virginia DeBerg. She was the second of five children. Paula had four brothers: Terry, Dale, Mark and Ned.

Paula was never one to take a day off, from an early age she enjoyed life to the fullest. Paula’s life was multidimensional; in her youth, she was a tap dancer, 4H member, pianist and cheerleader in East Waterloo. If she had had the opportunity, Paula would have loved to participate in competitive sports. A favorite story she shared was that of Murray Weir, a legendary basketball player and coach. The story goes that Coach Weir told Paula that if she was a boy she would have made the team.

Paula met and then married the love of her life, Dennis Olejniczak, on July 2, 1960, in Waterloo. After a short stay in Janesville, Iowa, the couple moved to Decorah, where they became very active members of the community. Paula’s love for people showed in everything she did to support and serve others. For several years she and Dennis were early Lutheran youth leaders, Paula was a teacher’s aide supporting students with special needs for Decorah Community Schools for over 25 years, she taught aerobics for the community education and his most memorable passion was serving as the “bench-mom” and official scorekeeper for Decorah High School baseball for over 50 years.

Paula’s smile and legacy will live on. She will be remembered as a selfless and loving person, a role model and a warrior. She did not let the Parkinson’s diagnosis defeat her, for nearly 30 years she embraced life, learned ways to overcome the trials of the evil disease and continued to serve others.

Paula was predeceased by her parents, Ray and Viginia; and his brother Terry.

Paula’s family gives special thanks to the medical staff at Winneshiek Medical Center, care providers at Arlin Falck Assisted Living and Eastern Star Nursing Home for the daily dedication to her care, love and support each of you have provided. .