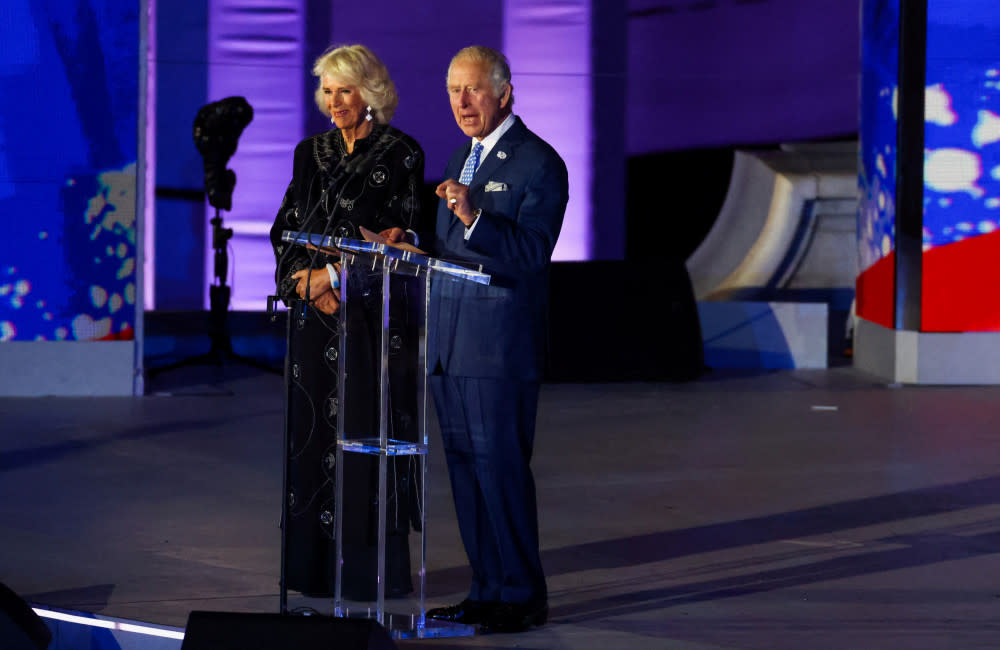 The Duke and Duchess of Cornwall are reportedly planning to host a live episode of ‘Strictly Come Dancing’ from Buckingham Palace.

Prince Charles, 73, and his wife Camilla, 74, are said to have made the offer during secret talks with bosses of the BBC show.

The Sun also reports that the show‘s super fan, Camilla, might even dance to the episode after the Queen gave her the royal blessing to have the historic episode staged from the Palace Ballroom this year.

A source told the newspaper: “Charles and Camilla are very behind this and the BBC couldn’t quite believe what was on offer.

“Strictly at Buckingham Palace, it’s just TV dreamland. It should be a wonderful show.

Insiders said “Strictly” was a perfect fit for the Palace’s cavernous 120ft by 60ft ballroom, which has hosted 112 state banquets during Her Majesty’s 70-year reign.

Another source told The Sun: “The Prince of Wales and Duchess of Cornwall are, like millions of others, huge fans of Strictly Come Dancing – as is the Queen.

“So there is a real desire and a real energy for this to happen. Hosting the show in the ballroom at Buckingham Palace would be a treat as we celebrate the Queen’s Platinum Jubilee this year. A lot of work needs to be done to get it through.

“But there is a commitment and a sense of goodwill to achieve what would be an unmissable opportunity to cap off a very special year for the Queen and the nation.

“Camilla and Charles would be delighted and honored to host Strictly.”

A spokesman for the couple declined to comment to The Sun, which said the plans were so secret that only a handful of BBC aides and senior executives were involved.

It would be on a par with the Queen, 96, agreeing to appear in the 2012 Olympics opening ceremony film, in which she was shown ‘parachuting’ into Olympic Park with James Bond actor Daniel Craig, 54, using a stunt double for the monarch.

The ‘Strictly’ scheme was reported after the Duke of Cambridge, Prince William, 39, was seen this week selling copies of the ‘Big Issue’ to help raise money for the homeless.

It has led public relations pundits to brand it as part of a publicity campaign aimed at modernizing the monarchy and portraying the Royal Family in a positive light following the Duke and Duchess of Sussex’s split with ‘The Firm” and the sex scandal that plagued Charles’s younger brother. , the Duke of York, Prince Andrew, 62.

Camilla and Charles recently appeared on a special episode of ‘EastEnders’ to mark the Queen’s Platinum Jubilee, which celebrated her record-breaking 70-year reign.

In April, Camilla sat down with last year’s Strictly champion Rose Ayling-Ellis, 27, and revealed she voted for her, telling the show’s first deaf contestant: “We all voted for you, Rose. I don’t know how you did all those dances.

Later that same year, Camilla was on the Christmas special, dancing with Judge Craig Revel Horwood, 57, and professional Brendan Cole, 46, at Buckingham Palace.

She also hailed the show for lifting Britain’s ‘spirit’ into the depths of the Covid pandemic.