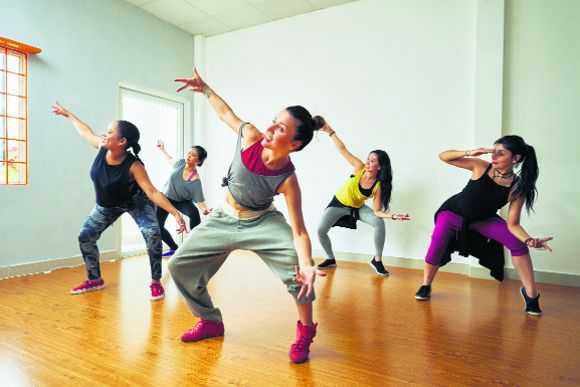 Put on the dancing shoes: The Tribune India

A while ago my son and daughter-in-law celebrated their 40th wedding anniversary. In a joyful atmosphere, their friends were having fun, clapping and dancing happily to the rhythm of film music. They persisted and, hesitantly, we too began to dance, arousing the appreciation of the young people.

I remembered how dance entered our lives. We were young when we started learning ballroom dancing while vacationing in Mussoorie with my sister and brother-in-law. We all joined the dance classes and started taking foxtrot, waltz and cha-cha-cha lessons. We were enthusiastic, but the time was too short to learn much.

Back in Chandigarh, we continued our lessons and hired a dance teacher whom we nicknamed “Mr Nacha Singh”. Our friends, Narendra and Indu Goswami, Lalit and Usha Suri, also enthusiastically joined us. As our professional work needed more time, we slowly gave up dancing.

Around 1963, I was invited by our German business partner, Willi Dowidat, for his daughter’s wedding. I participated in the ceremony which took place in a church. In the evening at the reception, all the important guests were supposed to dance with the bride, me being a privileged one. However, it was a litmus test for me. As the queue to dance with the bride got shorter, I grew more and more nervous. I explained my situation to someone, knowing that the bride was wearing a long dress and I could step on her dress. He quietly moved me from the line.

On another occasion, I was the new president of Rotary International at the International Assembly in the United States. President Paulo Costa and his wife Rita insisted that my wife Usha and I join them on stage. I had to dance with Rita, Usha with Paulo. It was a great honor but we felt uncomfortable. They were both good at dancing which made it easy for us to dance with them for a few minutes. When other couples came ashore, we retreated to our seats.

“Ballroom dancing” as a term comes from the Latin word “ballare” which means “to dance”. Ballroom dancing was born in 1580 in Germany. Around 1750 the waltz became popular and spread to other parts of Europe and England. Later, tango, foxtrot, mambo, rumba, samba, cha-cha-cha and quickstep became popular.

In India, there are several classical dances and many folk dances and usually these dances are on the advent of a new season, weddings and festivals. These are formal where men and women perform separately and also in a mixture. Now, informal folk dances are becoming more common in social gatherings.

Whether it’s any place or event, any gathering, formal or informal, one factor is universally common to all: dance. It is an expression of joy and exuberance. The lines of author Jonathan Lockwood Huie say it all: “Dance lightly with life; Sing wild adventure songs; Soar your mind; Spread your joy.

Shouldn’t we, young or old, deploy our joy of dancing?