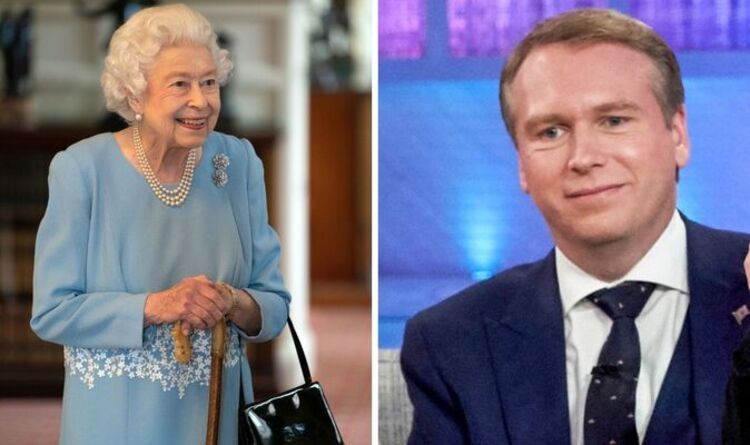 Speaking to MyLondon, he said of the experience: ‘Not everyone can dance to her so I’m honored to know I did.

He said the Queen is “a very good dancer”.

“She watches your feet, she makes sure you’re doing it right.

“So there’s no pressure,” he joked, “but no, she’s a really good dancer.

“She really likes to dance, it shows.”

He also has a TikTok and YouTube channel where he regularly posts videos of himself commenting on royal family news.

On his social media, he also creates and posts content with etiquette tips.

In one of his YouTube videos, Grant talks about the royal family’s tea drinking habits.

He said: “Is there anything more quintessentially British than the royal family?

“Maybe one thing – tea! But as any royal fan knows, the two go hand in hand.”

According to Grant, the Queen’s favorite teas are Assam and Earl Grey, while he revealed she never adds milk first.

Additionally, he said Prince Charles had a strict set of tea rules:

“The water should always be heated to 70 C for green tea and 100 C for English breakfast.

“He and Camilla must be huge fans as they served afternoon tea at their wedding.

“Kate Middleton likes to be traditional with ‘Builder’s Tea’, so just a little milk.

“Meanwhile, Meghan Markle prefers herbal teas over English breakfast while Prince Harry is reportedly no longer drinking tea as he tries to cut caffeine from his diet.”

Grant Harrold has also quashed claims that the Queen or other members of the Royal Family stick out their little fingers when drinking.

The 95-year-old monarch had her first in-person engagement of the year at Windsor Castle on Wednesday.

In a meeting with the new Defense Services Secretary, Major General Eldon Millar and his predecessor Rear Admiral James Macleod, she admitted she had difficulty walking.

In a video of the meeting, she is seen attempting to move across the room and saying, “Oh, I’m here,” as the two secretaries entered.

When asked how she was, the Queen replied, “Well, as you can see, I can’t move.”

She then gestured to her feet before stepping forward slightly and greeting the couple with a handshake.

So you think you know how to dance The 2022 auditions are underway!