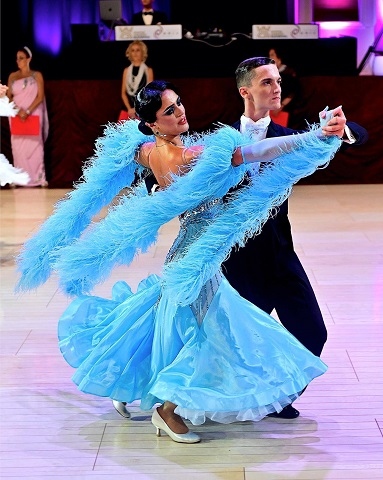 The duo performed at the European Championships at Blackpool’s Winter Gardens over Easter weekend where they also received fourth place in the amateur ballroom category.

They said: “We would like to thank our family, team, coaches and sponsors for their support and commitment to us. And thank you to all our followers and fans who created the incredible atmosphere in which we played.

Mia and Andrei, from Romania, have continued to dominate the dance scene since rising through the youth ranks in 2018. They became world junior champions for the first time after their partnership began in May 2015, winning numerous titles in the Junior Ballroom and Latin ranks.

The couple also recently performed at a ‘Help Ukraine’ event, which they called an “absolute honor”.

The Help Ukraine fundraiser in south-east London has raised over £13,700 for the Ukrainian Dancers Fund, set up by the World Dance Competitors Commission.

Alumnus competes for chance to dance with Lizzo