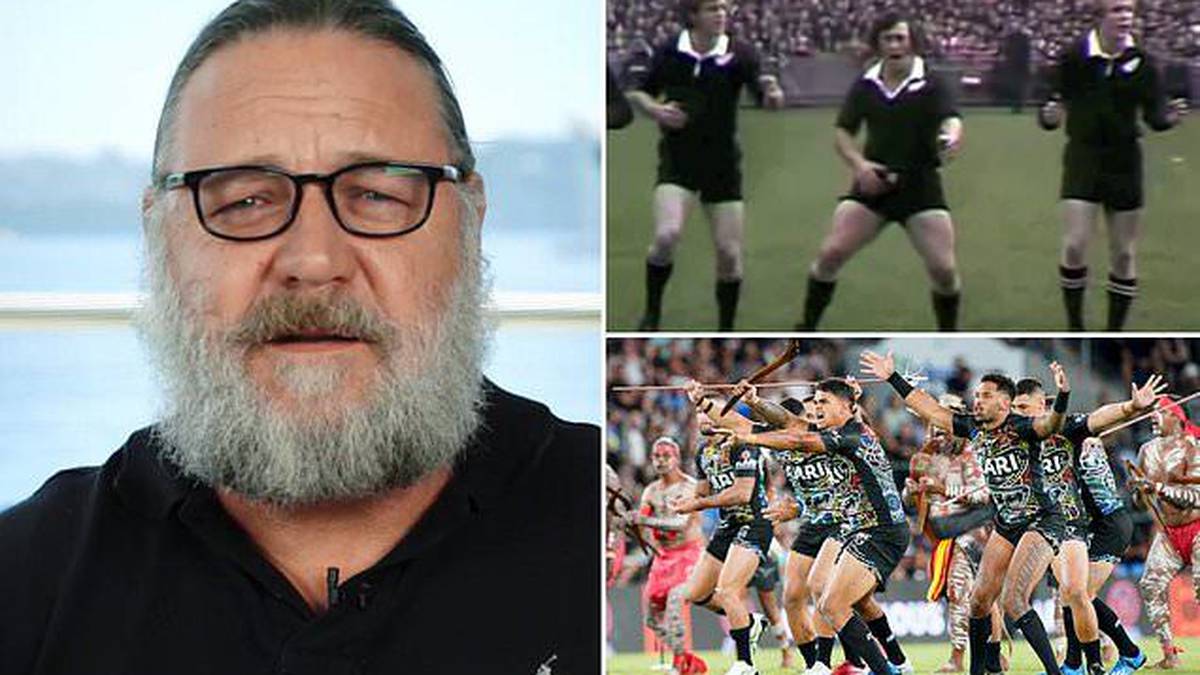 Russell Crowe’s haka embarrassment admission: ‘A bunch of white dudes’ get it wrong

Kiwi-Australian film star Russell Crowe has revealed he was embarrassed and cringed watching white men from the All Blacks perform the traditional Maori haka before games.

In the documentary Araatika! Rise Up, which follows former Indigenous NRL star Dean Widders on a quest to introduce traditional Aboriginal dancing to the sport, Crowe commented that watching them butcher the haka made him feel uneasy.

“I certainly remember as a kid watching the really uncomfortable white guys do the Haka, and like most other New Zealanders we knew that was really not how to do it,” Crowe told the doco , screened on NITV on Australia Day.

The remarks were shown over footage of the 1973 All Blacks team performing the haka in Wales ahead of a game against the Barbarians.

The squad in the 1970s consisted mainly of New Zealand-European players with no Maori heritage, compared to today where the majority of the squad has Maori and Pacific Islander roots.

Crowe said if you want to perform a cultural custom, it has to be done right, something the current All Blacks are proud of.

“Incredibly, as the culture developed, Maori became involved again in [the haka] and kind of said, ‘Well, if you’re going to do it, do it right,'” Crowe said.

In the documentary, Widders highlights the difference between Australia and New Zealand and how Kiwis seem to embrace Maori culture.

He said White Australia has shamed Aboriginal people in dance, culture and language for many years.

“That’s why I believe that if the [national rugby league team] Kangaroos do it, our children get rid of that shame right away,” he said.

“In New Zealand, it’s true, they don’t hesitate to do the haka or the Maori culture because it’s adopted by the rest of the country.”

A pre-match dance celebration known as Unity Dance has been performed by the Aboriginal rugby league team ahead of the NRL All Stars pre-season game since 2015.

Widders was the first to conceive the dance.

Toni Morrison’s Only Short Story Is About Race Avoiding Race