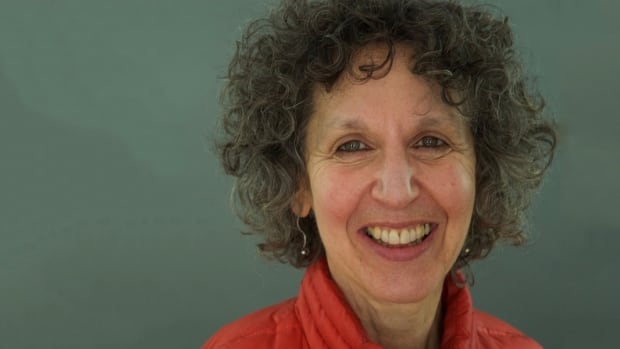 This is part of a series of articles about the winners of the 2022 Governor General’s Performing Arts Awards.

Montreal dancer, choreographer and teacher Linda Rabin is honored this year with the Governor General’s Performing Arts Award (GGPAA). The seasoned globetrotter and co-founder of the École de danse contemporaine de Montréal has devoted more than 50 years of her life to sharing her passion for dance and somatic education.

When she got the call last August that she had won the Governor General’s Lifetime Achievement Award, Linda Rabin at first thought it was a prank. Indeed, for many years, his work has been done more often in the shadows.

“It was a shock. I didn’t expect it. It’s been a long time since I’ve been in the public eye. I’m someone who works more in the shadows,” she explains. on the phone, a few days before the GGPAA. gala.

Since her beginnings in the 1960s, Linda Rabin has largely contributed to the development of contemporary dance in the country, but also internationally. She has visited the four corners of the Earth, from Israel to Japan via the Netherlands, the United Kingdom and Indonesia.

Educated at the prestigious but demanding Juilliard School

Born in 1946 in Montreal, she knew very quickly that she wanted to devote her life to dance.

As a child, Linda Rabin already dreamed of becoming a choreographer, but she still had to learn to dance. At barely 18, she underwent a baptism of fire at the prestigious Juilliard School in New York.

“Of course it was demanding, it was a very competitive environment. There was a lot of stress, but at the same time there were teachers who were great and thanks to them there was a good atmosphere”, she remembers.

Also passionate about travel, the young dancer flies away as soon as she can for Israel, where she has a distant family. After a few years as a coach and teacher in Tel-Aviv, then in New York, she returned to Montreal with the idea of ​​creating a place to share her love of contemporary dance, a trend that was gaining momentum at the time. .

The School of Contemporary Dance: combining theatricality and technique

In 1981, with her Ontario colleague Candace Loubert, she founded Les ateliers de danse moderne de Montréal (LADMM), which became the École de danse contemporaine de Montréal in 2012, with the idea of ​​combining the very technical side of dance classical to the more theatrical fluidity of contemporary dance.

Today, the École de danse contemporaine de Montréal remains one of the most renowned dance establishments in Canada, in particular thanks to its creative research component, which aims to bring everyone to their full artistic development.

Understand your body to better express yourself

As a dancer, choreographer and above all a teacher, Linda Rabin has developed a unique perspective on dance through somatic education. Greek somaMeaning “body”, somatic education brings together a set of approaches that aim to help people reclaim their body in motion and develop their consciousness.

The term was established in the late 1970s with the emergence of teaching modalities such as the Alexander Technique, based on the relationship between the spine and the head.

“We learn through our own body. We listen to our body and are guided by the body’s messages. And it’s not the body in space, it’s the inner body, the inner life of the body,” summarizes Linda Rabin.

At 75, Linda Rabin confirms that her passion for dance and teaching, which today takes up most of her time, is still just as strong. Asked what awaits her in the next act of her career, the dancer becomes mysterious.

“I’m still teaching, but I’m someone who goes through phases where I feel there should be changes. It’s part of my nature. And I feel in the air that there’s a call to change. I don’t know what it is; it’s not clear yet.”