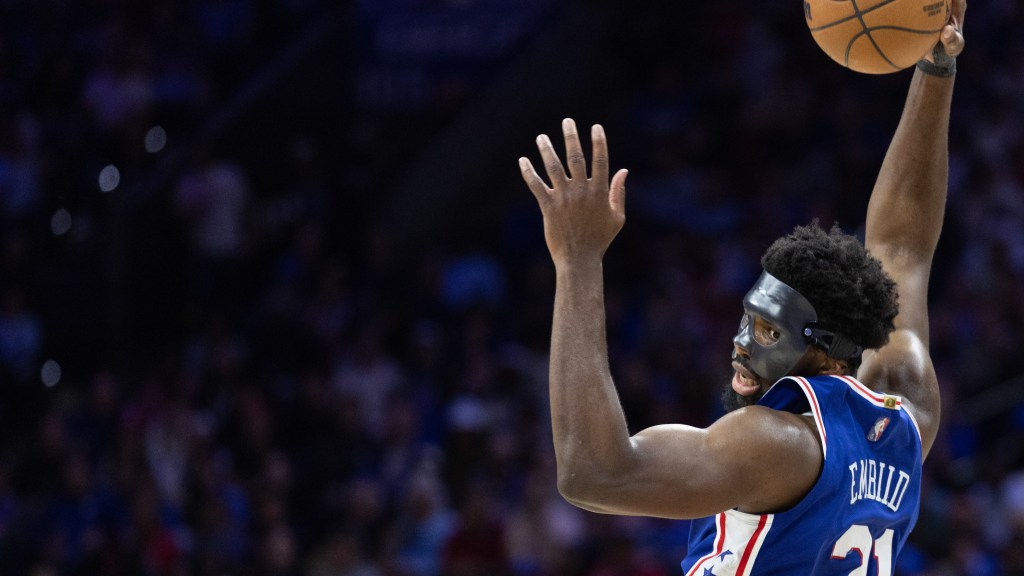 As the offseason continues for the Philadelphia 76ers, now is the time to let loose and relax a bit. The young players have just finished the summer league while others are in the gym working on their game.

As for superstar Joel Embiid? He was at a wedding and he was involved in a traditional Jewish Hora dance.

The big guy was seen, and he was very easy to spot in the crowd of people, and he was participating in the circle dance the only way he knew how. It was obvious he was having a good time and having fun.

Joel Embiid dancing the Hora is the only thing I want to see on social media this week. pic.twitter.com/4HLXEaw2bj

Somehow they also put Embiid on the chair and lifted him up as part of the dance.

How many people did it take to lift that chair!

Considering he ended his season with a broken face and concussion, Embiid deserves a time off. He put his body on the line every night and he made sure the Sixers were competitive and competitive despite a lot of adversity. He deserves some rest and relaxation.

Observations from the Sixers’ Summer League final against the Bulls