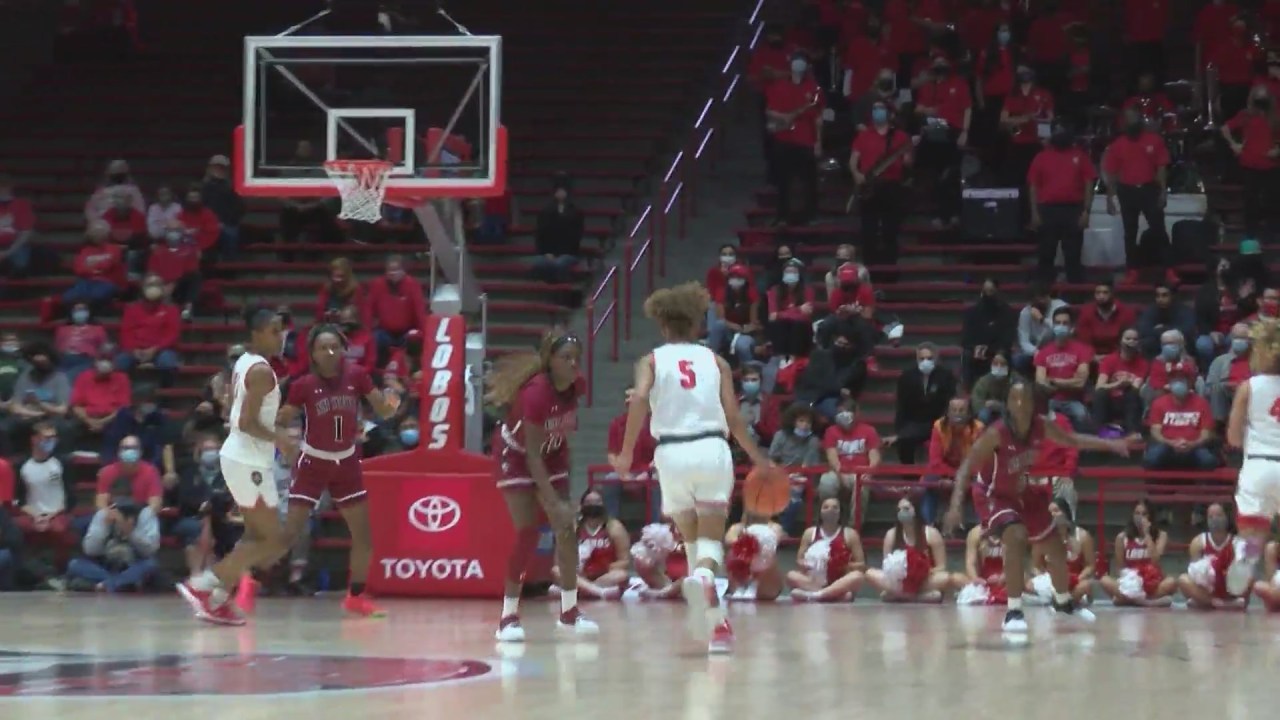 “I think it’s a great honor to be in the NIT. It means we’re better than 2/3 of the country,” Coach Bradbury said. “So we’re the only sport where only 1 /3 of the teams can actually play. So we have no problem being ready to play.

Meanwhile, the NMSU men’s team is set to begin its dance in the NCAA Tournament on Thursday. As the 12 seed, the Aggies will play number five UCONN.

“All the intangibles leading up to the game certainly don’t favor us, in terms of the flight time we have to take, most of their fans and I know they have a big following, will be able to drive,” the coach said. Jans. “The other side of the coin is our kids like that, our kids like to be challenged, our kids have no problem walking through hostile environments and being the underdogs.”

Sticking to the hardwood as Volcano Vista senior Ja’Kwon Hill was named Gatorade New Mexico Men’s Basketball Player of the Year. Hill played a major role in the Hawks’ success in the undefeated season. The primary point guard averaged just over 18 points, six rebounds and five assists on the season.

Meanwhile, the UNM softball team will begin play at Mountain West on Friday. Currently at 18-7, the Lobos have a legitimate chance to lead the conference at the end of the season.

“As long as we stick together and I know we will stick together, we definitely have a great chance of becoming Mountain West champions,” Briana Martinez said.

Additionally, New Mexico United announced the addition of a U-23 team on Wednesday. United U-23 will play in USL League Two and begin their season in May.

Finally, the Duke City Gladiators are ready to make a statement in the team’s second season in the Indoor Football League. The first game of the season is Saturday in Arizona.