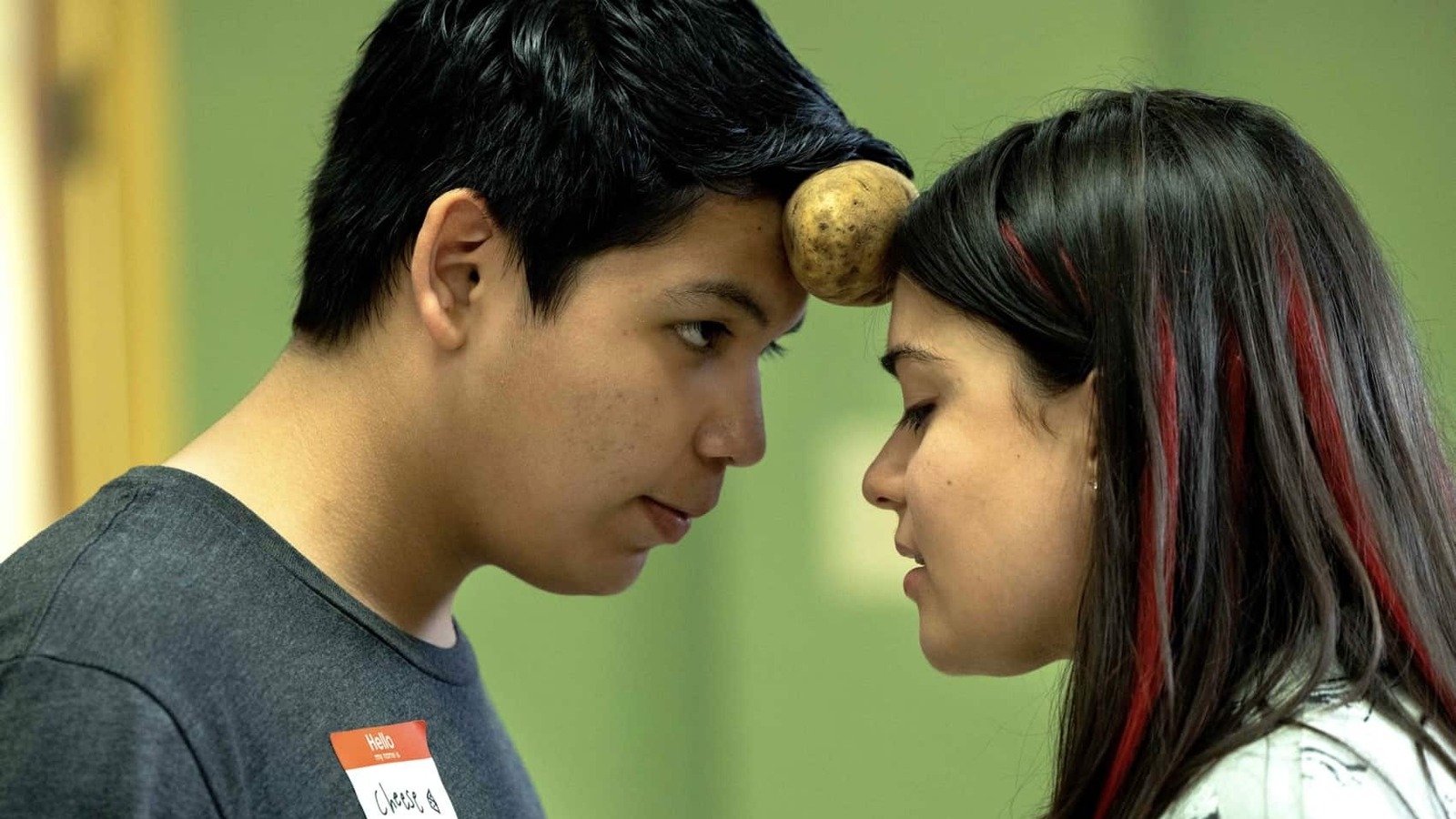 You were 16 and already attending film festivals with a short film, right?

Yeah. Well, it’s interesting because you do all these generals around town, and people always ask you, “What’s your background?” How did you get here? When did you know you wanted to be a writer? It’s still weird for me to answer because I don’t have an elevator pitch because I feel like my trajectory started a long time ago, and it had all these loops and curves. I think if anyone met me now, they’d be like, “Oh, well, you’ve been writing for television for three and a half years. It’s so fast.” I’m like, ‘Yeah, that’s true, but I’ve been involved in film since I was very young, and I’ve known people like Sterlin since 2008.’ I know him, I know Taika, I know all these people since I was so young. And I knew Bird Runningwater, who is sort of the person who helped usher in people like Taika and Blackhorse [Lowe] in, by Sundance. I’ve known these guys since I was 16. Besides, I was a poet, and I was always doing things for other people. Once, someone said to me, “When did you decide you wanted to be a television writer?” I was like, “Well, I haven’t decided. I didn’t even know that was an option.”

When people say, “It happened so fast,” you can always say, “Well, I’ve been writing since third grade.”

What were those moments in “Reservation Dogs” Season 2?

Everything I’ve been able to do for TV so far, there’s always something in every episode that I can’t do or haven’t done before. I think I’ve done eight episodes now, not just with “Res Dogs,” but other shows. Every time I get a script, there’s something in there where I’m like, “I’ve never done, like, sex scenes before. This is new.” Or I did this “Accused” show, and there’s somebody getting shot, and there’s the FBI coming in, and I’m like, “I’ve never done that either.” With “Res Dogs” last year, in every episode there was something. One of the things that I had never done, and I think what was exciting for “Res Dogs” in episode 5, “Wide Net”, was a choreographed dance sequence before.

How was this experience?

In fact, I grew up dancing. I was a competitive dancer for all of middle school and high school. My cousins ​​and I used to dance like this in the garden. This opening scene is a direct tribute to my cousins ​​and I on the res. When it comes to having choreography, it’s like, “Okay, we have to find a choreographer.” Even though he did the choreography, I still went there and learned about it when we had substitutes who learned about it first. We had to test this. The four lead actresses in this episode all come from a dance or acting background, so they have that skill set as well.

We chose four stand-ins who weren’t dancers for the choreographer to first teach, “What do I actually ask actors to do over and over again?” I went there and learned with them because I grew up dancing, but I hadn’t danced like that in years. I wanted to make sure I wasn’t asking for something completely unrealistic because this show is spinning so fast. We have four days for ten-hour days, and it’s fast. You don’t have much time.

It also means scheduling rehearsals for the actors. And so, it was a cool process of how best to prepare them and make sure what we’re asking them to do is doable, comfortable, and confident. Because, for me, the most important thing is that these women feel bad ***. If I want them to do something where they don’t, then it’s useless.

One of the things that was cool about it was that because of my dance background, when I finally went to see Jana [Schmieding]Sarah [Podemski]Tamara [Podemski]and Natalie [Standingcloud] do it, there were ways my brain was like, “Okay, could we make their training go like this?” or, “Instead of this move, can it go like this?” And then, of course, you put them on the floor and you’re like, “What are all the ways we can film this?”