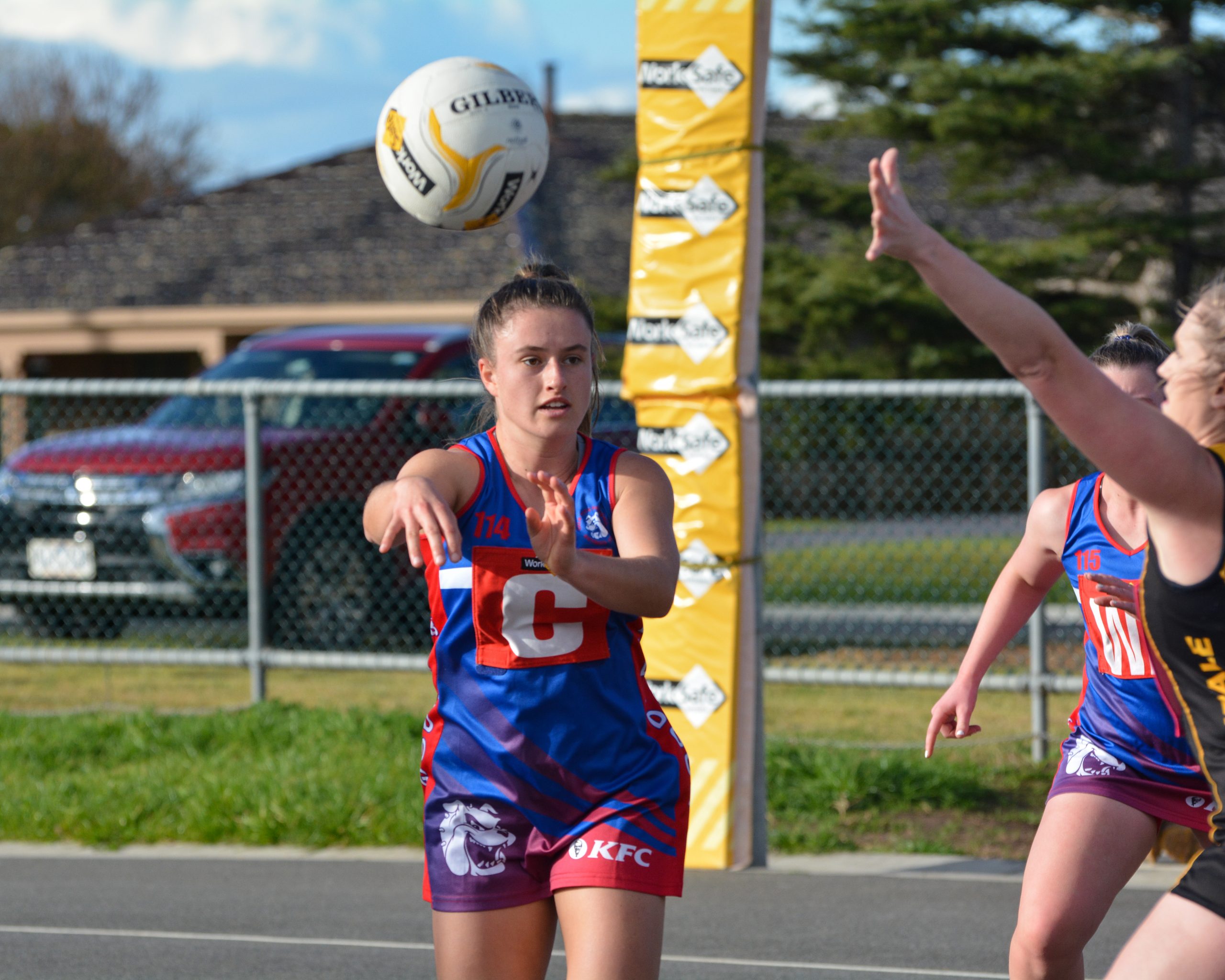 The top teams in the North Gippsland Football Netball League took to the pitch last weekend for the first week of the finals, and as with every game, there were winners and losers.

Thousands of spectators flooded into Stephenson Park, Sale on Saturday and Gaskin Park, Churchill on Sunday for the first week of the finals.

They say absence makes the heart grow fonder, and last week’s NGFNL attendance figures may well be proof of that; having not played a Finals since 2019, the league recorded the highest first week of Finals attendance in league history.

On day one, Rosedale’s A Grade netball team tasted that sweet, sweet victory with a convincing 54-38 win over Glengarry.

As the sun shone above the courtyard, illuminating the battlefield, the large crowd roared as the ladies of glengarry and Rosedale took their positions; both teams are determined to move closer to the premiership of the North Gippsland League.

Energy seeped on and off the pitch, and with the whistles, the battle began.
The first half of the game was a close battle with Rosedale and Glengarry seemingly going goal for goal, but as the game clock ticked down the Blues pulled away from the Magpies, moving into a comfortable lead.

Both teams started the game with flaming bellies, but as the game drew to a close and Rosedale increased their lead, Glengarry’s flame faded, and it looked like Megan Garlic and Tiffany Boatman were the only two Magpies to fight.

After 60 minutes, the ladies of Rosedale had done it; the victory was theirs.

Rosedale coach Sarah Mayman was more than happy with her team’s performance in the qualifying final.

“I think we played really well,” she said.

“We had a good game; we made mistakes, but we fought very hard to recover the ball, that’s the main thing; it was really good.”

Demi Plunkett on offense on the wing was a fundamental player for Rosedale, feeding shooters well, and was named best on the field for her performance.

It was a disappointing result for Glengarry, having drawn with Rosedale the previous week in Round 18, with coach Pauline Little saying her Magpies hadn’t played their natural game.

“We just had a game where we allowed Rosedale to dictate a lot of the play,” Little said.

Belinda Winkler and Kayla Muller have been the best on the pitch for Glengarry, working hard and sticking in the defensive circle.

“I think our defenders really kept us in the game and gave us a good opportunity,” Little said.

Glengarry goalkeeper Megan Garlic also had a distinctive presence on the pitch with an unwavering effort from start to finish.

Rosedale will face Woodside in Rosedale tomorrow in the second semi-final.

Mayman said the Blues were keen to return to the field for another good game.

“The last time we met Woodside was a really good game for us,” she said.

“They were undefeated when we met, and we passed them, which was really good.

“We’re excited, we can’t wait to come back and have a good game, and hopefully we can get this win.”

On day two of the North Gippsland Football Netball League Qualifying Final, City of sale A Grade picked up a solid 52-32 win over Yarram.

Sale City manager Jae Schuback said his Bulldogs played competently against the Demons, with team play a highlight of the game.

“I think we played really, really well,” she said.

“We played a great team game; it was the best thing in the game. We all combined and played as a team and supported and supported each other very well.

The best on the Sale City pitch was the attack on goal Charlotte Ronchi.

“Charlotte Ronchi scored the majority of our goals and shot with great precision,” Schuback said.

Sale City take on Glengarry in Churchill on Sunday in the first semi-final.

Few are convinced the Magpies have put last week’s game behind them and are focused on what needs to be done this weekend.

“We had a debrief and moved on. it’s a new game, and it’s a different team we’re up against, very different from Rosedale,” she said.

“Sale City is a very fast and very precise shooter, and we know we have to control the pace of the game.

“Our goalkeepers and the Sale City goalkeepers are very precise, so it’s a lot about how many interceptions and turnovers we can get to make sure we’re up front. it will be very tight.

“We have to make sure we don’t have a drop in that last quarter, really focusing on playing the whole game,” she said.

“It will be a close game; we won one and lost one against Glengarry this season.

“Before the game, as a team, we will try to close their goal attack and shooting ring; they’re quite large, nimble, and precise, so as a team we’ll make sure we don’t give them a lot of feeding and shooting options.

The loser of the Rosedale vs. Woodside match will face the winner of the Sale City vs. Glengarry match in the preliminary final next weekend.

The winner enjoys a break before taking on the Preliminary Final winning team in the Grand Final on Saturday 9th September, which will be held at Gordon Street Reserve, Heyfield.