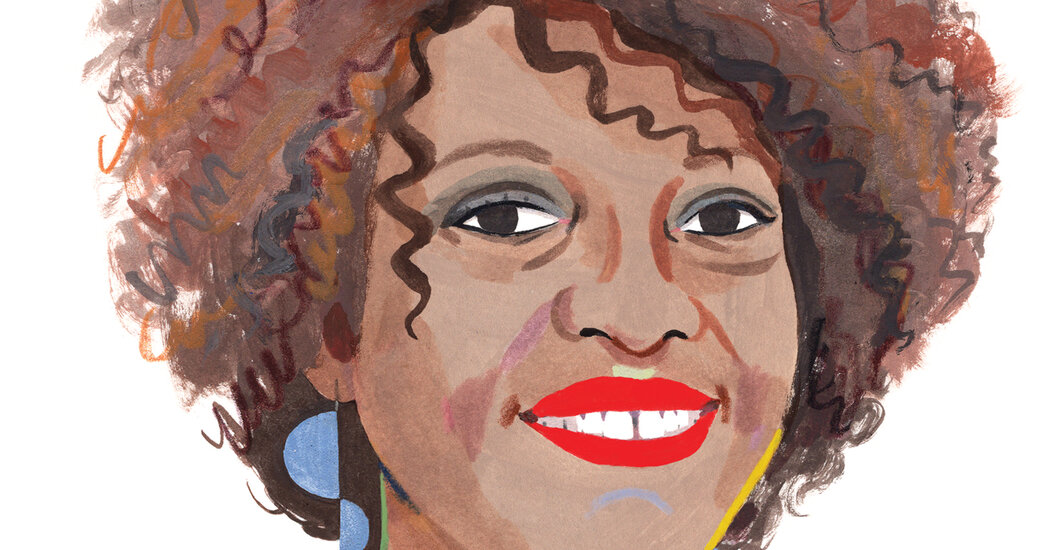 The Icelandic saga that keeps Rita Dove coming back for more

Do you consider that your poetry has evolved during your career? In what way?

I don’t like to go back over what I did; unlike Yeats, who was known to refine earlier poems, I try not to revise a poem once it has appeared in a book. But when I compiled my â€œCollected Poemsâ€, the whole trajectory of my artistic life was drawn in front of me: I could not avoid it. How intrepid these early poems were! To hell with the problems of PC, sensitivity and discretion: if the poem called, I answered, bold and clear. And surrealism! There were elephants walking through a neighborhood in the Midwest, the statue of Jefferson stalking the reflecting pool. After these austere dream landscapes, the poems became more lyrical; then the narrative crept in – first as a frame, then as a container that became more and more flexible, like a vase in perpetual remodeling on a potter’s wheel. Writing a novel has led to more elasticity in the poems, to a loosening of the line. My musical training – cello, viola da gamba, classical voice – was manifested by longer lines, a more curly syntax; when my husband and I started taking ballroom dancing lessons, the poems learned to relax by singing, became more vibrant – at least that’s my hope!

If you had to write anything other than poetry, what would it be?

Rooms. Without a doubt, I would be a playwright. My brother and I wrote radio plays when we were tweens. My dad would plug a mic into the stereo system and we would run into the kitchen to stream each freshly made concoction, our ailing parents listening in from the living room as we went through implausible twists using exclamatory dialogue and unfolding the obligatory sound effects, thanks to the kitchen faucet – waterfalls and rushing rivers featured heavily in our plots. I think I read as many plays in high school as there are novels; thanks to this early exposure to Shakespeare, I read theater scripts as easily and eagerly as poetry. Decades later, I had the rare chance to see my one and only play, “The Darker Side of the Earth”, premiered at the Oregon Shakespeare Festival. There are few sensations more intense, or more terrifying, than sitting in the dark theater as the lights of the stage rise on your work. I find that creating a play is akin to writing poetry in many ways; the restrictions of both forms appeal to me. The main reason I haven’t written more pieces is the lack of time – and, frankly, the collaborative aspects that come with the original creation. The script writing is exhilarating; dealing with directors and producers, set designers and actors, not so much. It is frustrating to relinquish control of the text to interpretations or representations that may possibly alter the original intention; but a play has to be produced to come to life, a process that involves compromises, budgets and effective teamwork – mechanisms that are anathema to the introvert in me.

What books do you come back to over and over again?

I have spoken of Dante’s “Inferno”, but not of the ambiguity “Purgatorio” or his “Paradiso”, which progress with difficulty. James Merrill’s “The Changing Light at Sandover” is a modern day “Inferno” that thrills me every time I return to his Ouija-piloted character Valhalla. Boccace’s ‘Decameron’ – another welcome exercise in pandemic reading. The Icelandic saga of “Grettir the Strong”, which I read aloud to my husband several years ago as we drove around Iceland in a motorhome for a week without a night in the middle of the mountain. summer, then revisit the most chosen passages a few months later, back in Iceland during the December solstice deprived of daylight. It’s an incredible epic – as revenge-driven as the Greeks, with fight scenes rivaling today’s superhero action movies; but there is a little “Phantom of the Opera” in the mix. (Grettir is an angry hulk who can kill a boat full of men, then rhyme his actions; but he is also plagued by an undeserved curse and becomes a hunted outlaw who is afraid of the dark, doomed to an itinerant and lonely existence.) Dark and modernist stuff! And yet, revisiting this litany of betrayals and cruelties never fails to stir my spirits.

What genres do you particularly like to read? And what do you avoid?

Poetry, of course. Literary fiction. Mysteries. German Novel. Drama. Non-fiction should be not only illuminating, but beautifully written. I avoid philosophy, I hate economics. I’m getting impatient with the memoirs, but that’s probably because I’m really into writing my own right now.

How do you organize your books?

By genre, then alphabetically by author. There are designated shelves for the work of my former students – again, in alphabetical order of author, but the genres are mixed.

What books might we be surprised to find on your shelves?

Do you think books have a moral function? How? ‘Or’ What?

I don’t see how they couldn’t. If we identify with and interact with characters, even if we despise them or lament their ethics, we have entered a moral arena; their actions invite moral judgments. To empathize with a protagonist whose beliefs and customs are different from ours is to see the world from another’s point of view – and that kind of respondent understanding certainly serves a moral function.

The Springboks, world champions, prefer “the gutters to the dance floor”

Boca Beat, 08.06 – The most reliable source of information in Boca Raton