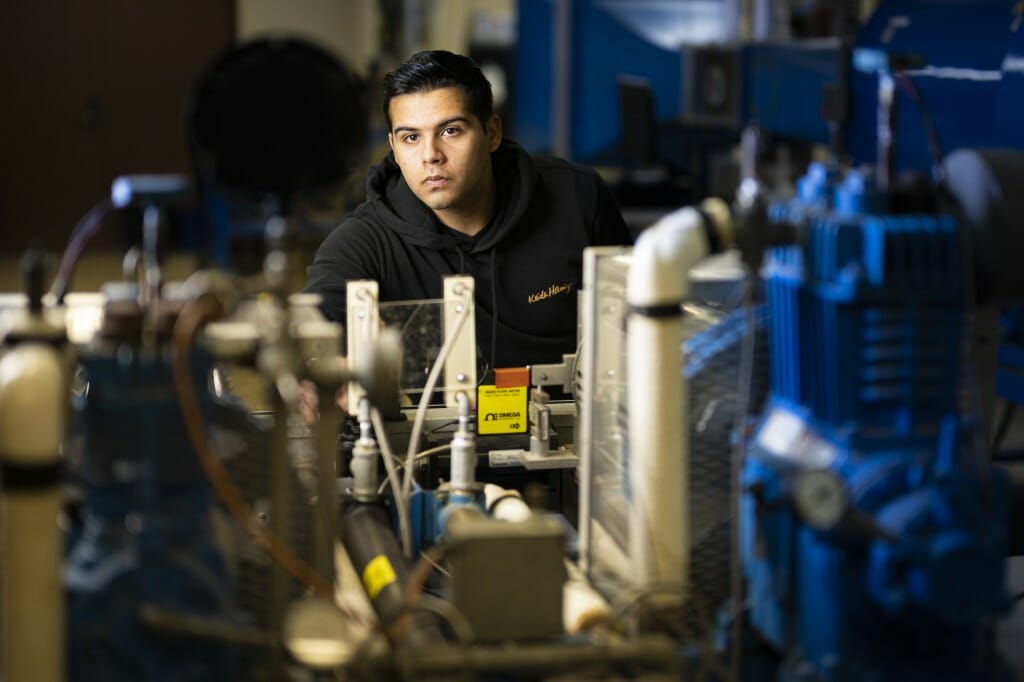 Jai Khanna, a senior graduate, is further refining the keynote he will deliver on Sunday as a student speaker for UW-Madison’s winter start. But he knows a message he wants to convey: Live life in the moment.

It was a lesson the international student says he was forced to learn during the pandemic. When COVID-19 hit in March 2020, Khanna decided to stay in Madison and complete a few projects instead of quickly booking a flight back to her native India. By the time reality took hold, the borders had closed.

“It was a scary time – there was so much uncertainty,” Khanna says. “But I also have a lot of fond memories from that time. Those of us who were left had to manage and adapt. We became very close.

Khanna will address her fellow graduates at 10 a.m. on December 19 at the Kohl Center. All winter graduates were eligible to apply for this position. Senior Class Officers led the selection process.

“It’s quite an honor – and a bit annoying too,” says Khanna, who graduates with a bachelor’s degree in mechanical engineering.

Khanna says he was motivated to apply for the lecturer post after attending several graduation ceremonies and being impressed with the student lecturers. He liked the role.

“I have a little love for the stage,” he says.

On campus, Khanna has satisfied this urge in part through her involvement in multicultural student organizations, including Aa Dekhen Zara, an annual South Asian dance competition hosted by students at UW-Madison, and the Wisconsin School of Bhangra, one of the main dance groups on campus. . Khanna attended the Wisconsin School of Bhangra as a dancer and group leader.

Khanna brought long-established leadership skills and an international perspective to her time at UW-Madison – a combination that has enriched the campus and led to multiple accomplishments. Born and raised in India, he was an active member of the Relay For Life fundraising effort at Oberoi International School, the high school he attended in Mumbai. As the chairman of the organization’s sponsorship, he has helped raise 1 million rupees to support cancer education, prevention and research. He was also a key member of the school’s student council and trained as a kickboxer, a sport he still enjoys.

Khanna went through the first months of the pandemic in the LaCiel apartment building near campus. He and his friends and roommates attended classes virtually during the day, then spent the evenings and weekends doing whatever activities were deemed safe at the time. They cooked for each other, played board games as children, and took long trips together in the countryside.

“It was a good time to bond,” Khanna said. “And I learned a lot about myself because there was so much time to think.”

In July 2020, Khanna was able to fly to the United Arab Emirates, where her parents lived at the time. He stayed there until December, returning to Madison for hybrid classes in January of this year.

While at UW-Madison, Khanna completed five internships in three countries: India, United States and United Arab Emirates. He accepted a position as a mechanical design engineer in the battery pack field for a leading manufacturing company in the United States.

Read more news from the College of Engineers

Irish dancers from Ashurst qualify for the words and win the regional title!