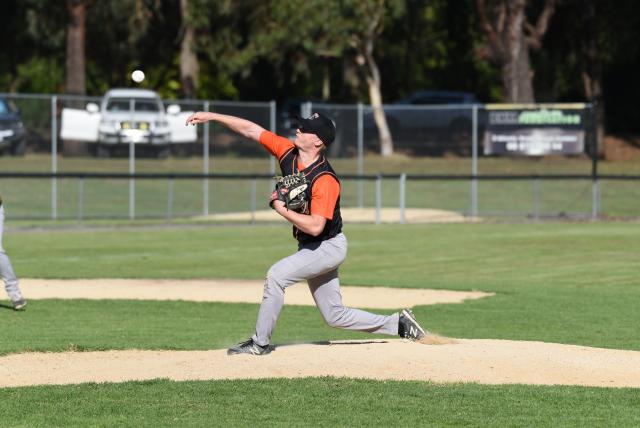 Tigers to the big dance

The TIGERS advanced to the Mount Gambier District Baseball Grand Final after a solid win over the South Indians in Saturday’s preliminary round.

Large crowds descended on Blue Lake Sports Park to watch what was one of the most anticipated games of the season, with a rivalry stretching back many years.

South started the proceedings with the bat and it was a nervous start for the Tigers after back-to-back errors left South with runners on board and zero.

Alex Reppin showed why he’s been a class act in the league for many years, providing the Tigers with ground balls and fly balls to see the innings end undamaged.

The Tigers took the game into their own hands and with back-to-back hits against Jesse Forster and Hayden Jones, they were in control when Garth Ransom went over the board in the first inning of the game, followed by an outburst from Tyler Horrigan that scored a second and the Tigers were on their feet.

It was then a back-and-forth affair over the next four innings, with neither team able to get a run and the pressure mounting on both sides.

Ransom then showed why he’s the best and fairest in the reigning league, with his second hit of the game beating the inside shot.

Horrigan then hit a shot into left field and a pitch from South’s Ben Nash saw Ransom score and Tyler get up to second.

Suddenly the game was moving away from the South and the Tigers had found some extra gear.

A change of pitch saw Bruce Morale replacing Dean Hamilton on the mound and much of the crowd expected fireworks, but it didn’t.

The last two innings saw three batters and two more runs for the Tigers, while South failed to score.

It took just eight bats for the Tigers to seal a 6-0 win and move on to the big dance and face the reigning Premiers in a three-game best-of-three series on Friday and Saturday night.

DanceWorks is back in Elliot Lake