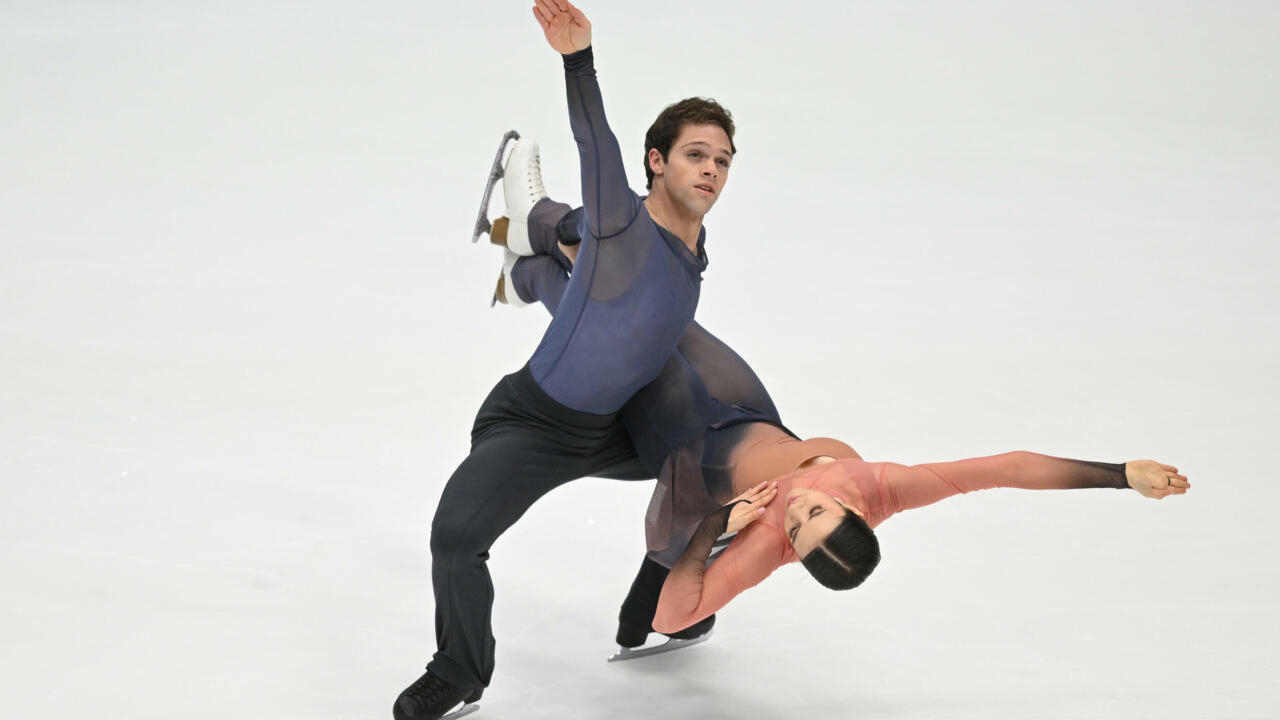 The Americans, competing in their first ISU competition as a team, led all the way to win the gold medal with 200.59 points overall after the free dance final in Tallinn.

Takahashi, the first Japanese to win an Olympic medal in figure skating and a world championship in 2010 before switching to ice dancing two years ago with Muramoto, settled for silver with 181.91 points .

“I think missing the Olympic team put a little chip on our shoulder,” Parsons said.

“Having two of our best skaters here this season has helped our confidence a lot.”

The Japanese also missed the Olympics after finishing second in the national championships.

“We’ve been second all this season, like money collectors,” said Takahashi, 35.

“We were trying to make the Olympic team, but unfortunately that didn’t happen.

“It’s only my second season. After I switched to ice dancing, Covid started, so we had almost no chance to compete outside of Japan.

“Some things didn’t go so well, but I think overall it gave us confidence and now we are preparing and hoping to do better at the world championships.”

He added, “Ice dancing is not yet the major or popular sport in Japan. I think this good result will bring more attention to this sport.”

On Friday, Green and Parsons earned top marks for their innovative dance to Violin Concerto No. 1 “Eso Concerto” and Ezio Bosso’s “Clouds, The Mind on the (Re)Wind,” setting a new personal best with 119.97 points.

Muramoto and Takahashi’s performance in “La Bayedere” performed by the Evergreen Symphony Orchestra and Kevin Galie earned them 109.48 points.

“Having (Takahashi) on the podium with us is a huge honor,” said Ponomarenko.

“Watching the 2010 Games was the first time I really watched figure skating and fell in love with it.”

Parsons added, “He (Takahashi) is a legend, what else can I say.”

Performing on “Fate of the Clockmaker” and “Cloak and Dagger,” both from Eternal Eclipse, the 20-year-old from Seoul nailed his jumps, including a quad Salchow to score 98.96 points.

Rostelecom Cup Grand Prix bronze medalist Tomono set a new personal best for his performance to the music for the movie “Cinema Paradiso.”

The 16-year-old Miura, competing in his first ISU championship, kept his composure in his performance in “Winter” from Verdi’s “Four Seasons,” bettering his previous personal best by 12 points.

“I was really nervous. My legs were shaking like a newborn Bambi deer. Despite all the tension, I was able to get it all out,” said the Japanese junior champion.

Most of Asia’s and North America’s top skaters have opted to skip the competition, which takes place just two weeks before the Beijing Olympics, due to the Covid-19 pandemic.

China did not send a team to Estonia.