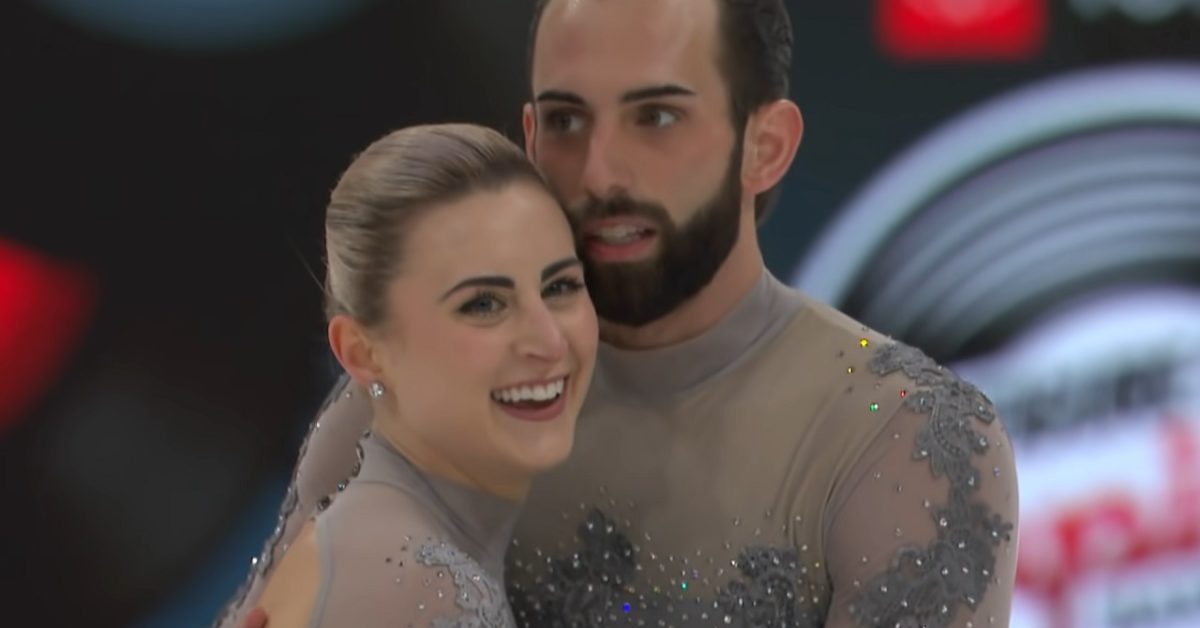 This weekend in Nashville, Tennessee, the US Figure Skating Championships were held for all disciplines: ice dance, women’s and men’s singles, and pairs skating. As this is an Olympic year, the board also named athletes to the 2022 Olympic team, which saw a pair of pair skaters Timothy LeDuc and Ashley Cain-Gribble earn a place in the United States team. LeDuc are the first openly gendered non-binary athlete to compete in the Winter Games and the first to win a national title (the duo also won gold at the national event).

The LeDuc / Cain-Gribble partnership is not only unique in showcasing a non-binary athlete, their skating style is unique and offers a modern perspective on the archaic and archaic notion of gender stereotypes and roles, especially in the world. partner artistic sport (as can also be seen in the disciplines of ballet, ballroom dance and ice dance). Although skating has evolved and it is more common to see female skating costumes consisting of pants and suits as opposed to strictly short skating dresses, it is still not entirely welcome in some circles. to deviate from the “traditional stereotypes” of skating.

On the NBCLX Podcast My new favorite Olympian, LeDuc said, “There will be people who don’t understand or who are very quick to push me back into the box. They see that I have a beard, or they maybe look at my physical characteristics and say, ‘You are a boy, act like a boy. What are you doing? “”

In an explosive free program, Leduc and their partner Cain-Gribble demonstrated a high level of artistry and grace as well as technical mastery of the sport. In typical couples, the male skates from a place of power while the female is the delicate, singing flower full of grace and gentleness; this is not the case for Cain-Gribble and LeDuc.

At 5’6 “and not a delicate body type (unlike typical five-foot-nothing, extra small and delicate skaters), Cain-Gribble skates with full power but still retains grace and artistry. fact, both she and LeDuc skate with the same amount of grace, artistry, and passion that is evident from the time they take the ice to the kiss and cry. This is because their characters on the ice are the same as them; that’s the truth of the pair being truly themselves, which translates into a mastery of the artistic element of sport on the ice.

“When Timothy and I teamed up, we never wanted to be what was considered the traditional team,” Cain-Gribble said on the podcast. “They always had the story of the super masculine and strong male and always just to come in and save the girl who’s a little wilted flower and is weak, or it was a complete love story, where obviously a male and a women fall in love with each other. “

LeDuc picked up on that and added, “I don’t think Ashley was ever really interested in being the fragile girl; she’s such a powerful and amazing athlete. So for her, when I came to her. see her and said, “You know, I don’t really want to do that romantic style. It doesn’t really sound like us, ‘she said to me’ Damn yeah, I’m good with this. ‘”

In this partnership, there are no typical skating gender roles that have been exclusively seen so far; they are both of equal power, finesse and grace – which is rare to see on both sides: the skater is rarely allowed to show power and strength, while the man is supposed to step back and leave her be the gracious. Their fusion style of combining the two gender roles and evenly distributing the characteristics creates a dynamic and unique style for Cain-Gribble and LeDuc who have good chances at the 2022 Olympics next month in Beijing.

Did you like it? Thanks for sharing on social media!