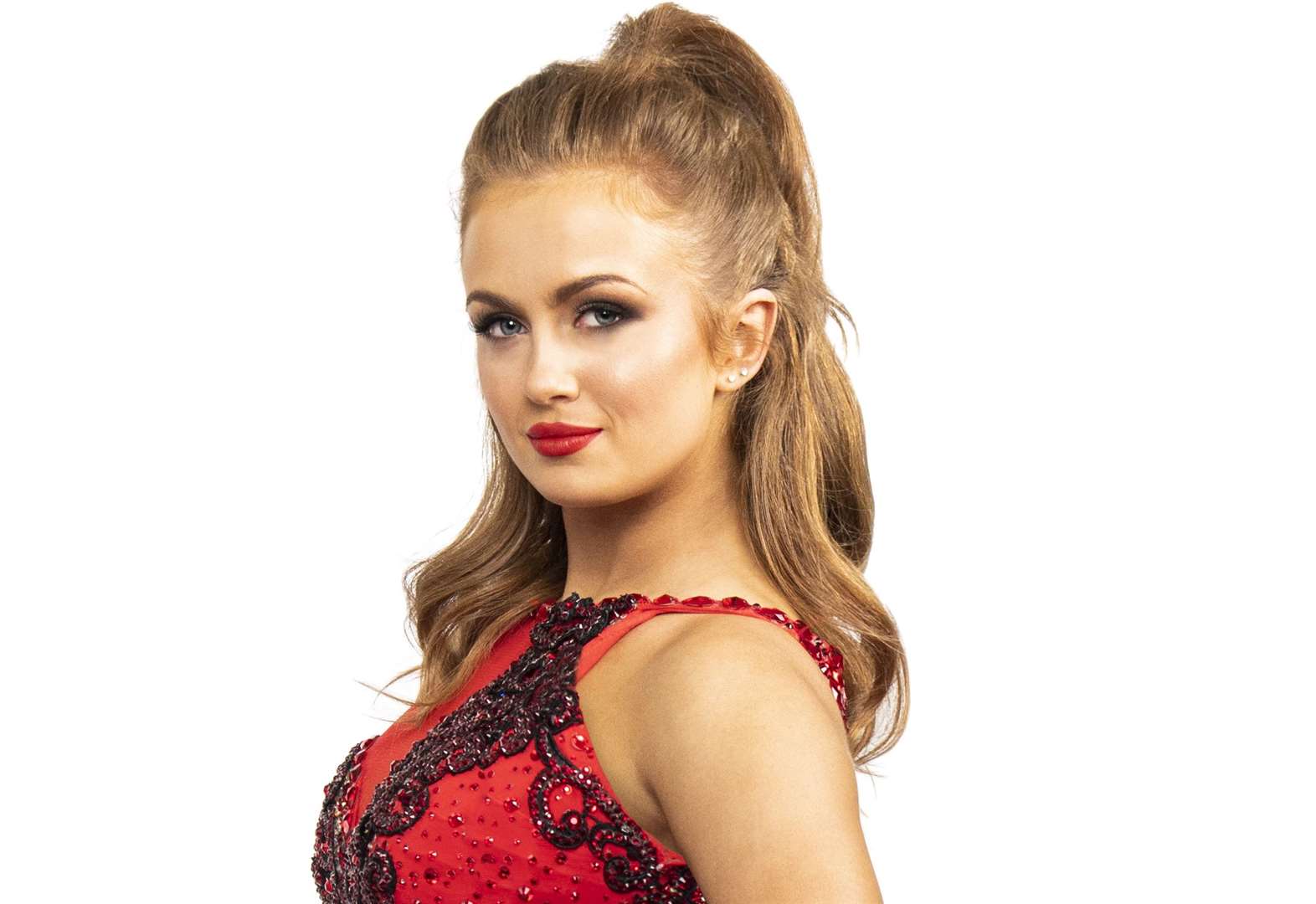 Strictly Ballroom is a breathtaking celebration of music, dance and romance that will light up theaters across the country on its exciting new tour.

The magnificent musical will waltz through Kent, and first of all six nights in Bromley – which will prove to be a truly special time for soap opera star Maisie Smith.

“My family and friends are coming to Bromley so it’s a very important week for me,” said the actress, who plays Fran in the musical. “I’m nervous, but I feel like Bromley will be good because I’m going to shake the nerves by then.”

Maisie, who is best known for her role as Tiffany Butcher on EastEnders, which she played from the age of six, is no stranger to County.

“My friend went to college in Kent so I’ve been out in Kent a lot. I’ve been to a lot of pubs in Kent!

But this time the roles are reversed and Maisie will be the one to entertain the Kent audience on their night out, alongside her co-star and former Strictly Children in Need partner Kevin Clifton.

“It’s so weird that he started my career as a dancer, and now he’s starting my first musical career!” said Maisie, who was partnered with the former Strictly pro for the charity special in 2019. “It’s so good to have someone I know who knows me.

“He’s good at working with people who aren’t trained, especially in Latin and ballroom, so he’s a great partner for my first ballroom dancing musical!”

Maisie then competed in the 18th series of Strictly Come Dancing in 2020 and reached the final – but did her time on the dance floor prepare her for the role of Fran?

“It definitely helped, but the dances I do on the show, I never did on Strictly!” Maisie said. “I do the rumba and the paso and these are the two dances that I have never been able to do. I was like, why can’t you give me a samba?!”

Strictly Ballroom’s new production is based on the 1992 film by Baz Luhrmann, the director behind Moulin Rouge and Romeo and Juliet.

“It’s an incredible material to work with,” says the 21-year-old. Craig [Revel Horwood]the direction of and Jason [Gilkison]The choreographies of have been incredible, and we have a talented team of artists, so we have all the perfect ingredients for a great show.

This is the first time Maisie will perform in a live stage musical, having spent most of her career performing on screen.

“It’s such a different style of play, but it’s exciting,” says the performer. “With film, you don’t have a lot of time, especially on a soap opera, because the turnover is so quick. But with that, we really had time to explore the script, and that’s a great opportunity for me because it’s something I’ve never done.

It may be her first time starring in a musical, but Maisie is confident that along with the rest of the cast and creative team, audiences will fall in love with Strictly Ballroom the same way they did. ‘she.

“It’s amazing singing, amazing dancing, it’s absolutely hilarious, there’s glamor and strictly 80s inspired costumes. The vibe on stage is just amazing. It’s so good and I’m so excited to share what we’ve been up to.

Maisie Smith will appear in Strictly Ballroom at the Churchill Theater in Bromley from Monday October 3 to Saturday October 8. Book online here or call 03433 100020.

Programs and classes offered at your local recreation centers