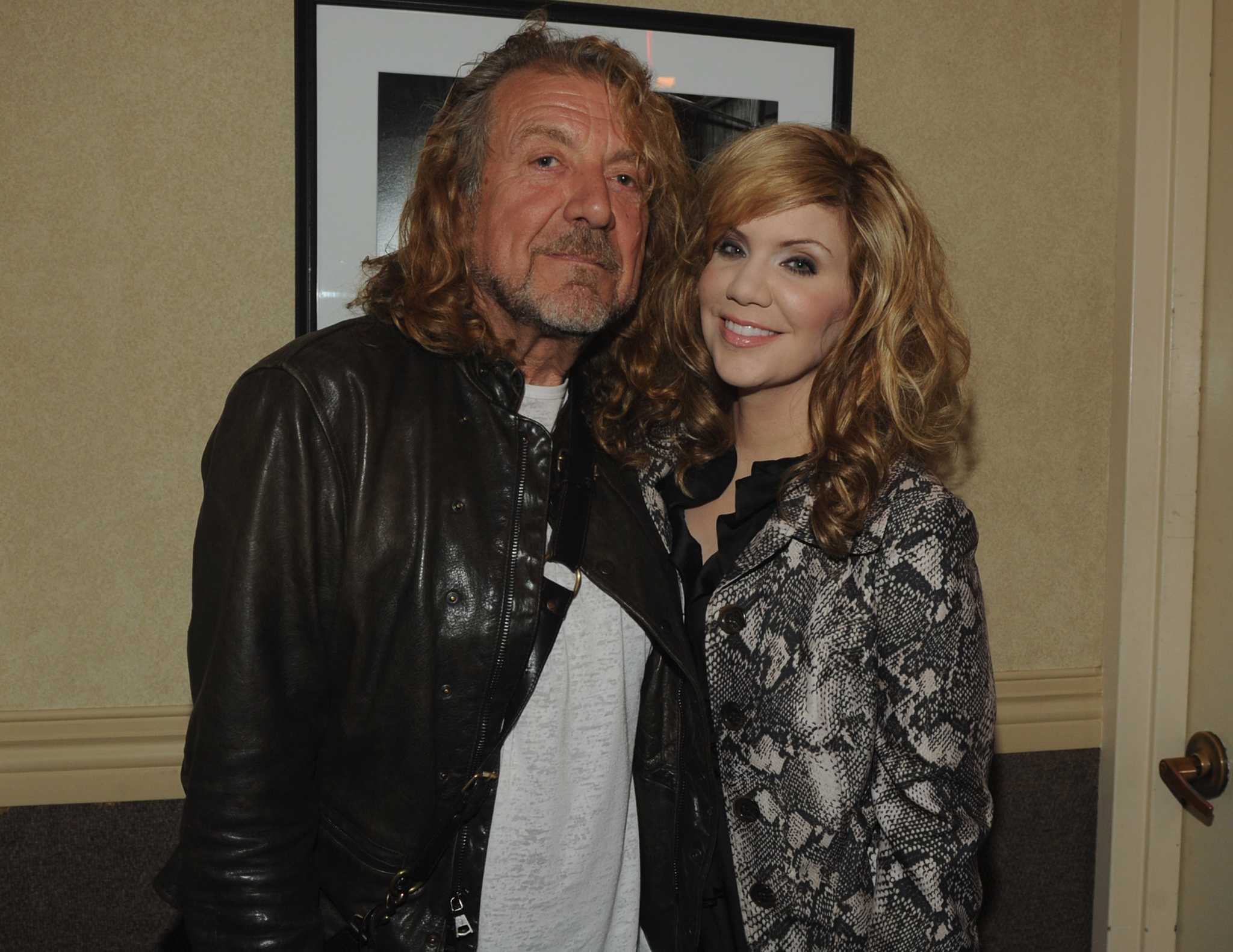 If you’ve spent any time talking rock around Schenectady, you might get the impression that a SPAC-sized crowd once packed into the long-gone airfield on August 20, 1969, to to see Led Zeppelin play a show that grew and grew. legendary over the decades.

Those lucky enough to win tickets to the show saw Plant, Jimmy Page, John Paul Jones and John Bonham as the band hit the road promoting their second album.

Jim Furlong, owner of Last Vestige Music Shop on Quail Street in Albany, recalled in 1999 paying $4.25 for a ticket to see the band perform material from the soon-to-be-released film “Led Zeppelin II “.

“I remember Robert Plant smiling and saying, ‘It’s so nice to be in the Schenectady sun,'” Furlong told The Times Union in an article about the multitude of acts that took place at the airfield and other venues in the Capital Region in 1969. “A year or two later, Zeppelin was filling Madison Square Garden.”

Led Zeppelin’s official website lists some of the songs – including the classics “Dazed and Confused” and “Communication Breakdown” – played during their night on the Aerodrome stage.

The Who and Janis Joplin also hit regional stages in 1969.

When performers passed through the area that year, chances were they played at the Aerodrome, a former bowling alley on State Street.

By 1973 the airfield was gone, leveled to make way for other developments.

Led Zeppelin broke up after Bonham’s death in 1980, and apart from a 2007 show in London, its surviving members have resisted a formal reunion. Plant and Page performed together at least once more in the area, performing a number of Led Zeppelin songs during a show in July 1998 at what was then Pepsi Arena in Albany.

Plant and Krauss are touring together in support of their second collaboration, “Raise the Roof,” which was released last year. Their first couple, “Raising Sand”, was a hit in 2007.

Want to know more about the Aerodrome? Here is an August 29, 1999 Times Union article on the location by writer Dennis Yusko:

Aerodrome welcomes future rock headliners Led Zeppelin, The Who and Janis Joplin “Wild” put the region on the music map

It was the weekend of August 16-18, 1969, and Kevin Bartlett was enjoying himself like never before — at Schenectady, not Woodstock. The Buddy Miles Express was playing in the Aerodrome, the late 1960s premier hangout in the Capital Region, and 16-year-old Bartlett was, as usual, in charge of the unique psychedelic light show in its kind of the arena.

“It could have been a better show than Woodstock,” said Bartlett, now 46, a music producer in the town of Woodstock. “I don’t feel like I missed anything.”

In 1968 and 1969, some of the biggest rock ‘n’ roll bands of the day played in the capital region. Many of them, like Led Zeppelin, Janis Joplin and The Who, were on the verge of the big moment.

A good percentage of the major rock shows have taken place at the Aerodrome, a converted bowling alley at 1584 State Street in Schenectady. It was the closest thing to the Capital Region to the Fillmore East.

Although the club’s legal capacity is 1,300, the acts have attracted at least double that.

In the summer of 1969, the Aérodrome welcomed many artists who would become legends: Led Zeppelin and Jeff Beck twice, BB King, Pacific Gas & Electric, The Chicago Transit Authority and the Velvet Underground.

“I remember Robert Plant smiling and saying, ‘It’s so nice to be in the Schenectady sun,'” Furlong said. “A year or two later, Zeppelin was filling Madison Square Garden.”

On the night after July 4, blues master BB King told an Aerodrome audience, “If you like the blues, we can do something for you. …If you don’t, you can get drunk and it won’t matter anyway.’

Airfield went after bands from an album with potential. On May 4, 1968, the club hosted The Hassles, featuring a kid from Long Island named Billy Joel. (Joel referenced the airfield between songs recently at Pepsi Arena.)

Beyond the numbers that were played there, the Aérodrome was known for its sound and light shows.

“In terms of lights and music, the place was 10, 15 years ahead of its time,” said Frank Popolizio. He started at the Aerodrome as a bartender and is now co-owner of Drome Sound, a music store that opened on the outskirts of the concert hall.

The airfield was owned by Nat Rubin, a New York clothing manufacturer, and Jack Herman, a Rochester lawyer, who formed a partnership with Terrance Clifford-Hooper, a former English clothing designer. What they had in mind was a new concept: a “psychedelic nightclub”.

In addition to a 97-speaker audio system that local media compared to that of the Houston Astrodome in full power, the airfield was equipped with $30,000 worth of floodlights, strobe lights and colored spotlights.

On that first night, January 25, 1968, the Aerodrome presented The Box Tops, who appeared on Dick Clark’s “American Bandstand” with the hits “The Letter” and “Neon Rainbow”.

A photo caption in The Knickerbocker News described the scene this way: ‘It’s wild, it’s far, it’s phychedelic (sic) and it’s here!’
Nearly 900 people attended “a sound and light discotheque; lighting that ran the gamut from pulsating design kaleidoscopes, to wavy and distorted Chaplinesque effects and colorful free-form abstract patterns projected onto the 160-foot back wall,” according to The Knickerbocker News.

“We were all becoming hippies,” said Bartlett, who attended the opening show.

But the Aerodrome was not the only center for live music in the capital region.

Nobody knew the Capital Region radio scene better than ‘Boom-Boom’ Branigan, who from 1961 to 1975 became the region’s voice and personality thanks to WPTR, a 50,000 watt 1540 giant on the AM dial.

WPTR was aimed primarily at teenagers in a competitive market.

“But I loved going out and doing it live,” Branigan said.

Midway through the decade, Branigan noticed that neighborhood movie theaters were losing ratings to television. So he launched a new concept: he introduced musical acts in cinemas, restaurants and other places.

“We brought the Dick Clark Show, Chubby Checker and Chuck Berry to RPI’s Fieldhouse in the early 1960s,” said Branigan, who claimed pride in attracting black performers of the time.

“People were sitting at the Palace Theater and Rafael’s Restaurant of Latham then for Jackie Wilson, Marvin Gaye and Otis Redding,” Branigan said.

On a few occasions, Branigan got into trouble with large crowds at the Palace when performers failed to show up.

On November 10, 1969, Sly and the Family Stone arrived three hours late for their concert. When the group showed up, they immediately got back into their limo. “I had to be escorted out of the palace by police,” Branigan said.

Branigan recalled that in 1967 the dance floor of the Circle Inn in Latham collapsed under the weight of the godfather of soul, James Brown, and thousands of dancers.

A few days after Woodstock, Janis Joplin made one of her three Capital Region appearances between 1968 and 1969 at the Saratoga Performing Arts Center.

Joplin had a documented history of drinking in the capital region. Both Bartlett and Popolizio share fond memories of late, drunken nights with the scratchy-voiced singer.

“She was wild; I have to tell you something, when they tell you she was wild, she was wild,” said Popolizio, who said he took her to the Woodlawn Tavern, two blocks from the airfield because ` ‘Janis didn’t want to sign autographs.

“Three, four weeks later, she sent me a photo and an autograph by mail,” recalls Popolizio.

The days of the Aerodrome were numbered. In less than five years that the airfield produced top-class music, the music industry had changed so much that the club could not afford the acts that people had come to love.

“Schenectady in the late ’60s was closed-minded,” Furlong said. “They didn’t like the whole culture that was going on — the psychedelic light shows, the long hair, the pot smoking in the back room.”

Popolizio said it was simpler than: one of the owners – Rubin – fell seriously ill.

Be that as it may, the airfield has thrilled the capital region, if only for a few years.