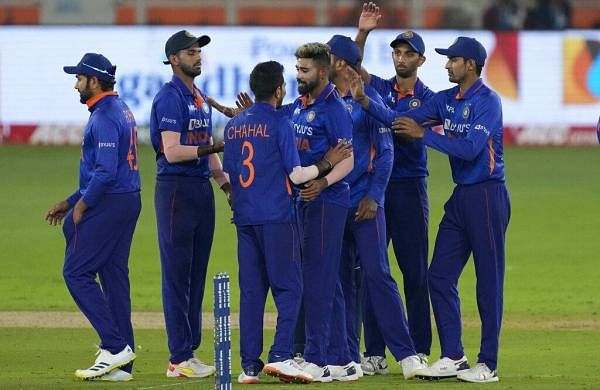 KOCHI: As far as experiences go, India’s decision to have Rishabh Pant open the innings in the second ODI against West Indies surprised everyone and grabbed the headlines in a game the hosts won by 44 points and earned an unassailable 2-0 lead in the three-game series.

At the start of the game, the focus was on the return of vice-captain KL Rahul and where he would place himself in the batting order. Instead, with India batting first, the focus quickly shifted to Pant walking alongside Rohit with Ishan Kishan making way.

After Rohit’s early departure, it was Pant’s job to give India a good start but the latest experience did not yield the expected result as Pant’s exit ended quickly as he left for 18 of 34 deliveries. He played 24 point balls in the power play and rarely troubled a West Indies pace attack that had its tail with the wicket providing seam and rebound.

Whatever the outcome, Pant’s promotion as fly-half is a clear indication of India’s intention to keep experimenting and get good combinations for the World Cup next year.

With India playing fewer ODIs compared to T20Is and Test cricket, it remains to be seen how often and to what extent they want to experiment – especially with the World Cup on the horizon.

Once Shikhar Dhawan and Ruturaj Gaikwad are back in the setup, Pant would in all likelihood return to his usual position in the order.

It could also indicate that India sees KL Rahul as a middle option for India rather than opening the innings.

Meanwhile, while Pant’s gamble didn’t work out, Virat Kohli, who is India’s default number three and virtually untouchable in that position, failed to come away with the bat for second. consecutive game. Kohli also fell in the same over as Pant with Odean Smith brushing aside two of India’s top guns and leaving them at 43 for 3 after just 12 overs.

Smith who was in the squad replacing Kieron Pollard and the all-rounder has made an impressive change.

The middle order came to India’s rescue as Rahul, who was dropped on four, set about rebuilding India’s innings with Suryakumar Yadav making his opportunities count.

Both targeted West Indies spinners as the scoring rate slowly increased. Rahul was running away to a well-deserved half-century when a mix-up with Suryakumar caused a run-out with the vice-captain leaving for 49.

Suryakumar tried to switch gears as he ran for half a century only to end up giving his wicket to Fabian Allen when he was 64.

India went to the 237/9 post and managed to defend it as bowlers led by Prasidh Krishna put in another impressive performance.

Prasidh picked up four wickets and troubled the Windies batsman with his extra pace and bounce and it looked like it was over like a contest as they were 159 for 8 in the 40th over.

However, Odean Smith threatened to pull India out of the game with a late appearance but the bowlers assured there was no late drama.