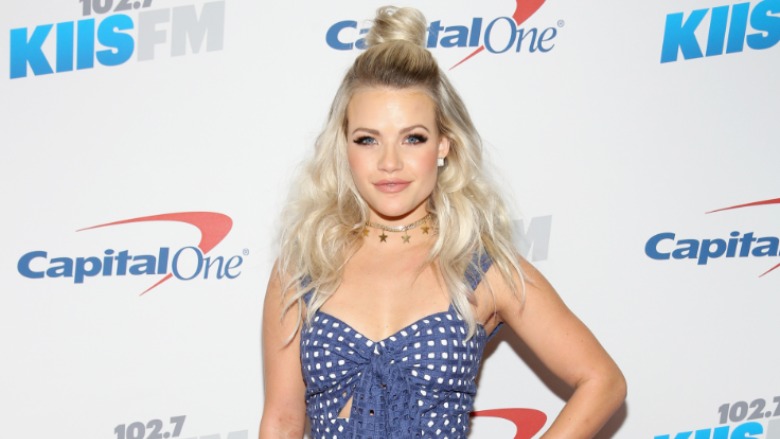 Professional “Dancing With the Stars” dancer Witney Carson has informed fans that she will return to the ABC ballroom in the upcoming season, the first since giving birth to her first child.

On January 8, 2021, Carson brought home his son, Kevin Leo, according to People. She did not appear in season 29 of “Dancing With the Stars” because she was pregnant at the time, but she did follow her friends on the show.

Now that Kevin is over six months old, Carson has taken notice of his future “Dancing With the Stars” plans.

Carson plans to return to “Dancing with the Stars”

The dancer was answering questions from her Instagram followers when someone asked her if she would return for season 30 in 2021.

In one of the Instagram stories, which was captured and posted on Reddit, a fan asked if Carson would be in season 30 of “Dancing With the Stars” and how it felt to have a son with her while filming. and dancing.

“That’s the plan from today lol!” Carson wrote in the response. â€œAnd yes, I’ll bring it with me. Don’t think I would survive without my boy!

Who else is coming back for season 30?

There are a few things for sure when it comes to the Season 30 cast. The jury will be made up of Derek Hough, Carrie Ann Inaba, Bruno Tonioli and returning judge Len Goodman. The other sure thing is that Season 29 host and executive producer Tyra Banks will be back for a second season.

There will be at least 12 pros announced for inclusion in the upcoming season, but the lineup likely won’t be set until the celebrity lineup is set. It’s likely that not all fan-favorite pros will be making a comeback, although some have said they are hoping to return.

In an interview with â€œEntertainment Tonight,â€ new mom Lindsay Arnold said she wanted to dance again.

“So, I definitely intend to come back!” Arnold said. â€œI’m ready to go, I feel great, I want to dance again, I’m super excited about it. But as you know, we pros don’t really decide if we come back. We can say we want to do it, but in the end, [producers] have to ask us to get back on the show, which doesn’t happen until the last hour, I swear.

Sharna Burgess and Gleb Savchenko spoke to ET Online about their hopes of returning to the ballroom.

â€œI don’t know, and I don’t want to count the chickens before they hatch,â€ Burgess explained at the time. â€œBut I would love to be back. They are my family. I loved being back last season. It was so good to come home.

Savchenko told the outlet: â€œIt’s usually a last minute moment when all professional dancers have been notified and receive a pickup letter. We don’t know who’s coming back yetâ€¦ but it’s my family. I’m super excited for the show we’re coming back, season 30.

Professional dancer Cheryl Burke has also said she is not sure if she will reprise her role in an upcoming season.

READ NEXT: Maks Chmerkovskiy reveals his return in “Dancing with the Stars”